ISIS war debate (finally) begins: How broad should the president's authority be? 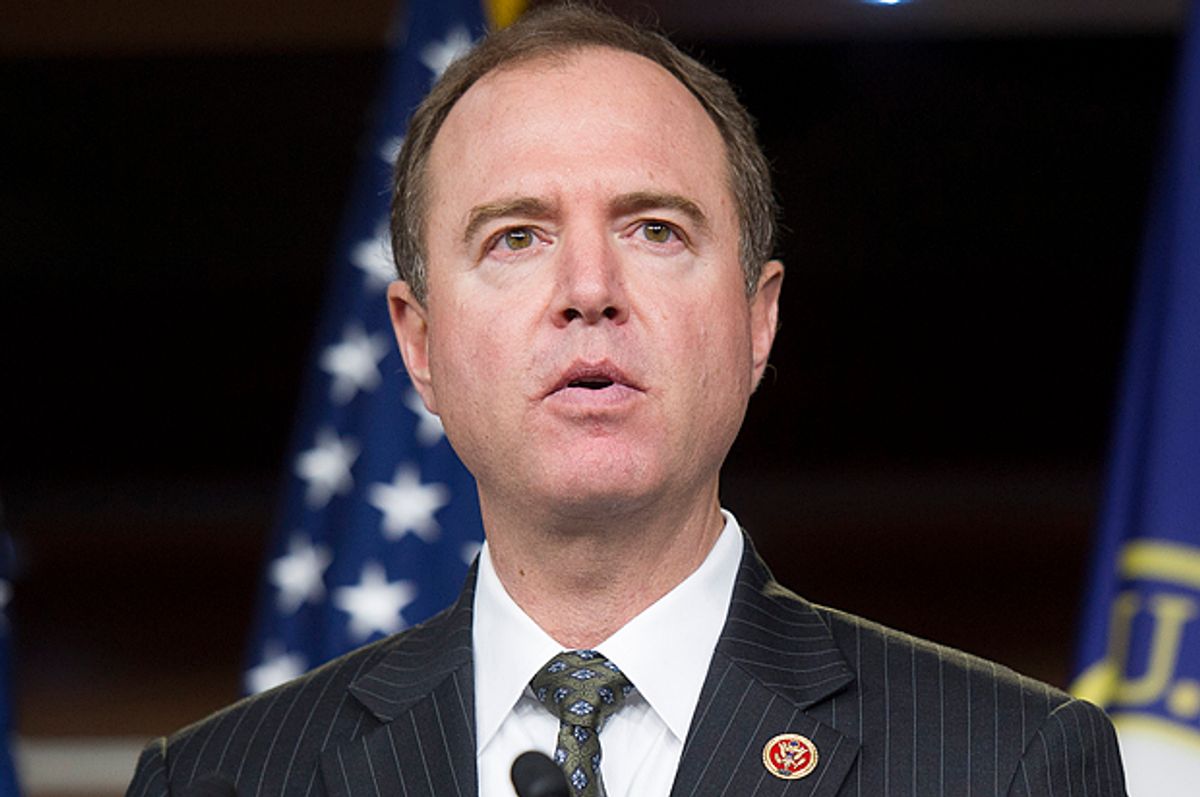 It looks like Congress and the White House may finally get the ball rolling on crafting an authorization for the use of force (AUMF) for the war against ISIS in Syria and Iraq... only five or so months since said war began.

President Obama reiterated his call for an updated AUMF, tailored to the expected years-long campaign against ISIS, in his State of the Union, and Speaker John Boehner said in a 60 Minutes interview that "we will" pass such a measure.

And next week, as he tells Salon, Democratic Rep. Adam Schiff will introduce an AUMF to the House -- a version that puts important limits on the White House's power, and could set up a clash.

Schiff, as other outlets reported, was planning on introducing his resolution Wednesday, but got a request from the White House to review the language first. Now he'll hold off until early next week until he gets their feedback.

That feedback probably won't be a full thumbs-up.

The administration has been cagey about what sort of language it expects from an AUMF since President Obama first called for one the day after the election. In December, Secretary of State John Kerry, testifying in the Senate, suggested that the administration wants a broad measure with no geographical limitations or -- critically -- ban on the deployment of ground combat forces. The Pentagon wants a similarly open-ended resolution. Obviously this conflicts with the administration's stated mission of pursuing a narrow bombing campaign with no "boots on the ground."

Schiff's resolution, similar to the one he drafted in the last Congress, offers something much closer to the limited operation the administration has announced. It would immediately sunset the 2002 Iraq AUMF -- yes, George W. Bush's congressional authorization to go to war with Iraq is still active -- and eventually sunset the 2001 "War on Terror" AUMF, the shaky legal foundation on which the administration's ISIS war currently stands. In its place would be an authorization to fight the Islamic State: in Iraq and Syria, for three years, and without the large-scale deployment of ground troops.

Schiff says that he "can understand, from the perspective of a President, who wants to preserve his freedom of action, his prerogatives," the White House's interest in a broad authorization. "But at the same time, I think there's a strong concern in Congress that we've been operating under such a broad interpretation of the existing AUMF that we want to have something more narrowly tailored this time."

There have been various, well, non-courageous reasons that the country is nearly a half-year into a new war -- err, "counter-terrorism" operation. There wasn't enough time before the elections, for starters. (There was actually plenty of time but no one wanted to vote on a war authorization right before an election.) And then there was already too much on the plate in the lame-duck session to effectively have the "robust debate" that members of Congress claim they want to have before considering a war vote.

Then there was another dynamic: no one wanted to go first. Congress wanted the White House to send them a draft AUMF to initiate the process, while the White House suggested Congress get started on its own. Members of Congress complained, reasonably, that the White House wasn't engaging with them about language.

Schiff thinks that this stage of finger-pointing is winding down. "I think that we're finding some convergence, with a great willingness on the White House's part to engage on text, and a stronger interest in the Congress on moving forward," he says. "The elections -- I think the GOP was happy to put this off, and there wasn't much interest in taking this up before the end of the session. I think there's growing unease in the Congress for further delay."

"For many of us, we view our institutional role as a check and balance on the president's warmaking authority as very much in jeopardy."

One concern for those who want to use an AUMF to prevent the fight against ISIS from escalating into a full-scale ground war is the new, unified Republican Congress. Many of these very lawmakers, who don't "trust" the "Imperial President" enough to work with him on so many issues, are more than willing to hoist extraordinary warmaking authority onto his shoulders. Schiff admits he's worried, as the AUMF debate begins, about the "confluence of interests between some of the very conservative legislators, who want to give the president very, very broad authority, and the administration that would like to preserve its freedom of action." He doesn't expect the fight to break down cleanly along party lines, though: there will be Democrats and Republicans in favor of a broad authorization, but there will also be a bipartisan coalition pushing back against granting a blank check.

The best hope, then, for those who favor a narrower resolution is President Obama's consideration of his legacy. As in: Does he want to be the guy who gives President Marco Rubio, or whoever, the ability to expand the war to his heart's content?

"While the president wants to preserve flexibility and his own prerogative," Schiff says, "I think the White House is concerned about what their legacy is going to be: do they want a legacy of passing on an unbridled ability to make war to the next president?"