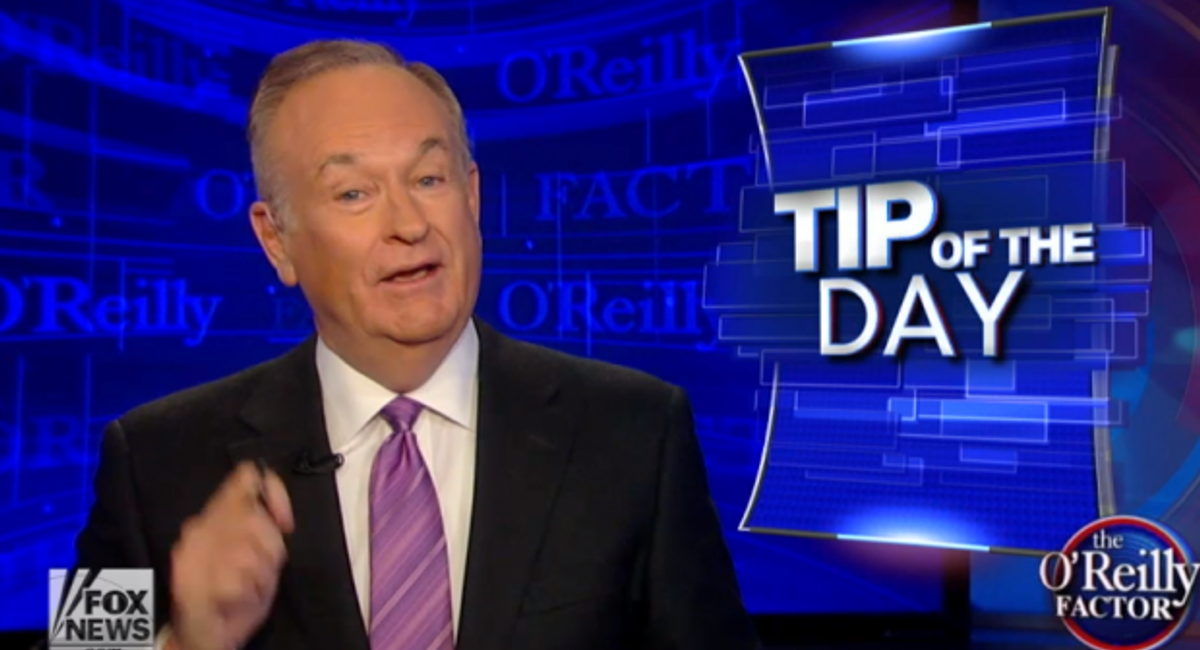 Fox News anchor Bill O'Reilly responded Wednesday to criticism from former Alaska Gov. Sarah Palin, maintaing that she should not have taken offense when he declared the 2016 presidential contest would become a "reality show" if she entered it.

During a tease for an upcoming segment earlier this week, O'Reilly noted the growing buzz surrounding the race, which Palin is currently pretending she may join. "Sarah Palin, Donald Trump, Chris Christie -- all may run for president on the Republican side. Wow! Talk about a reality show," O'Reilly said in the tease.

Palin took umbrage during a Tuesday appearance on Fox's "Hannity."

“There needs to be unity, understanding,” Palin said of the GOP's effort to reclaim the White House next year. “Conservatives have that strike against us right off the bat, that being the media. Even there on Fox, you know, kind of a quasi- or assumed conservative outlet, and soon we have all day listening to the tease of Bill O’Reilly’s. He’s talking about the guests on his show tonight, the commentary on his show, and that would be, ‘All these GOP contenders thinking about running for president, like Donald Trump, Sarah Palin,’ and he named some others — and he said, ‘Oh, what a reality show that would be, yuck yuck.'"

"Well the left doesn’t do that, okay? They take this serious [sic] — because this is war. And hopefully the media — even the quasi-right side of the media — won’t be looking at this as some kind of reality show, a joke," the veteran of two reality shows added.

"So here’s the deal," he said last night. "In TV land, where I live, you tease upcoming segments with flamboyant descriptions, so people will sit through the 18 minutes of commercials and watch it. That’s what we do."

Accordingly, O'Reilly said, he put together a tease that was apt for the contenders he would be discussing.

"Ms. Palin and Donald Trump are very high-profile folks. And both have starred in reality TV shows — thus my tease was perfectly in context and harmless," O'Reilly argued.  "So here’s the tip of the day: If no offense is intended, don’t take offense. Your life will be happier."

Watch the clip below, via Media Matters: