Stewart on "manspreading": "Don't be an a**hole on the subway"

Jon Stewart and Kristen Schaal discuss "the war on ballsacks" 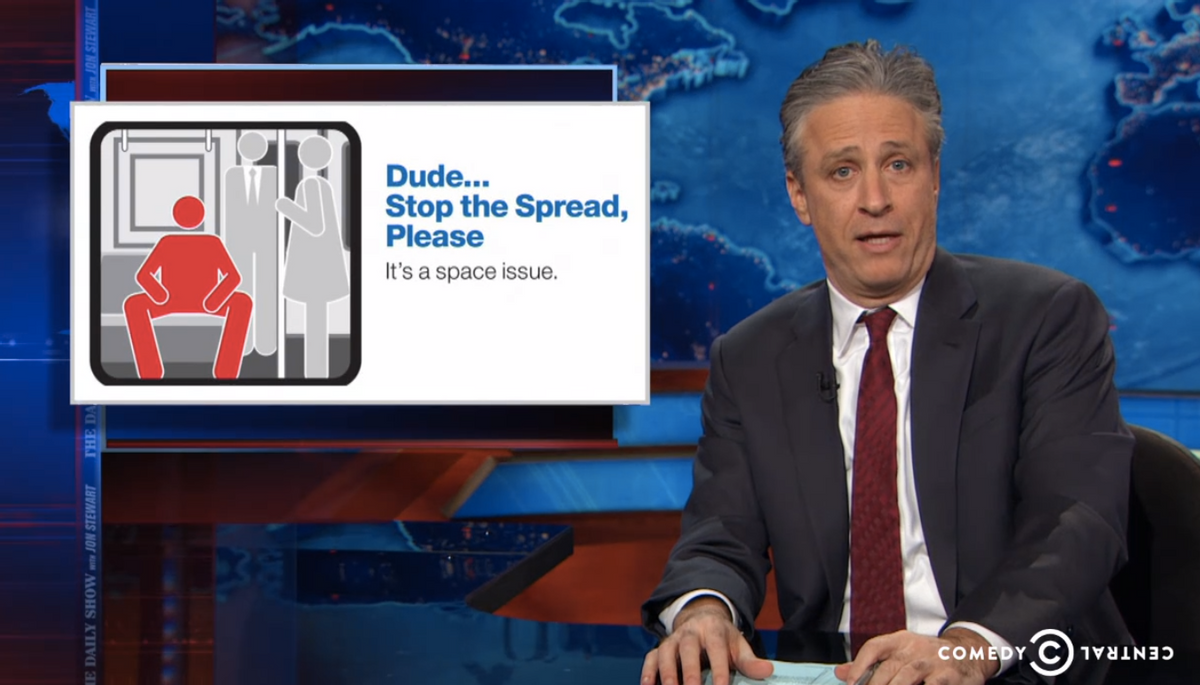 "Manspreading," as one might guess, is when a guy takes up two seats on the subway or other public transportation, by spreading his legs out too far. Stewart has a quick fix for this sort of behavior: "Don't be an asshole on the subway."

Schaal's "Daily Show" character, however, is fighting to keep the extra ballsack space. Watch below: