Poll: Most Americans don't want a climate denier in the White House 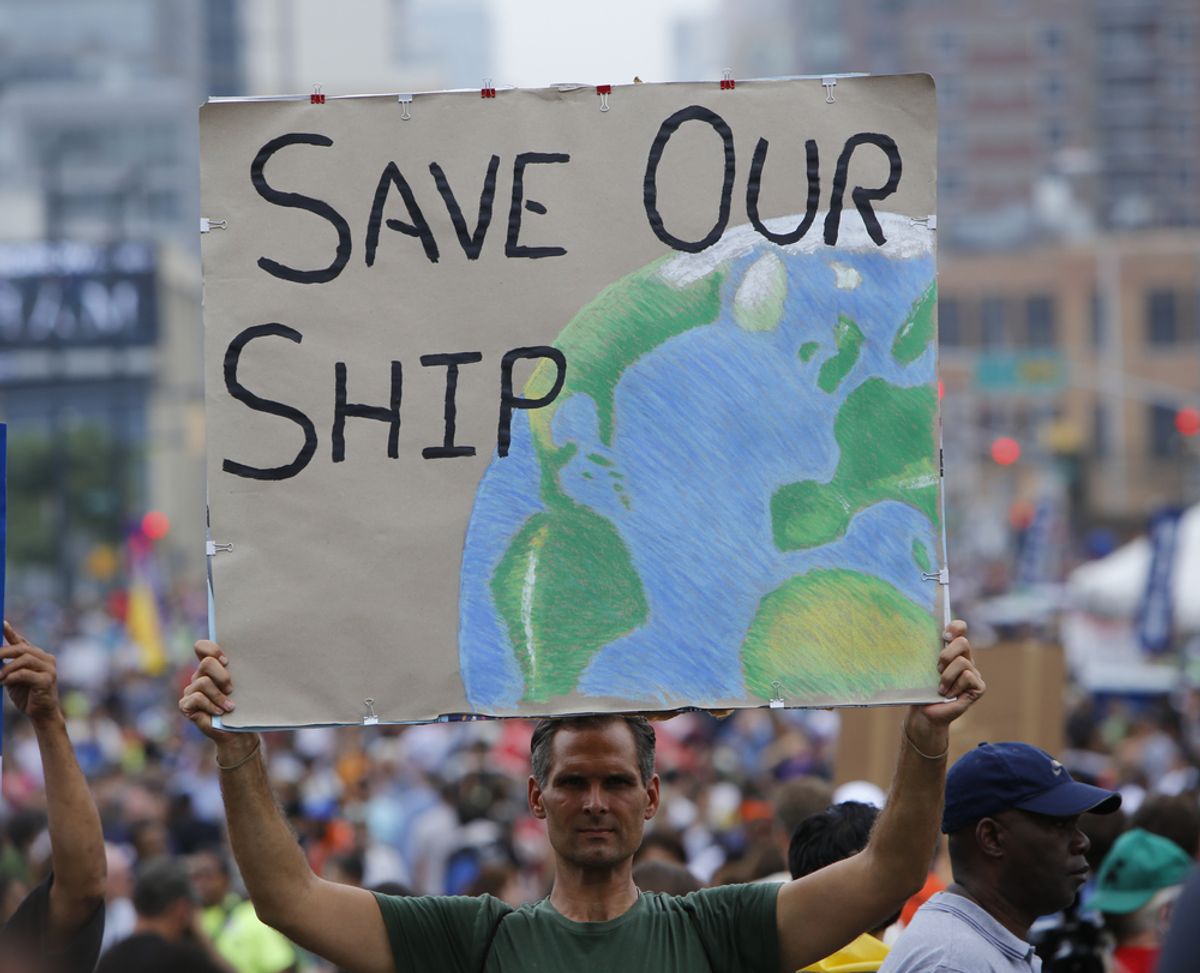 Potential 2016 candidates had better listen up: The majority of American voters don't just want someone who acknowledges the reality of man-made climate change -- they want someone who's going to do something about it.

That's the headline finding of a new poll, conducted by the New York Times, Stanford University and nonpartisan environmental research group Resources for the Future. A 78 percent majority of Americans -- including 48 percent of Republicans --  said they think the federal government should be doing something to limit greenhouse gas emissions.

Even more significantly, two-thirds of the respondents said they'd be more more likely to vote for candidates who campaign on climate action. Again, that included 48 percent of Republicans. The same numbers, more or less, said they'd be less likely to vote for someone who thinks "the science on global warming is a hoax and is an attempt to perpetrate a fraud on the American people."

The results may come as a surprise to those used to hearing the rhetoric of Republican leaders who think that climate change is a gigantic fraud perpetrated on the American people, but they're not the first to suggest that the American public is far less divided on climate change than partisan politics would leave us to believe. A survey released last summer by the Yale Project on Climate Change Communication found that registered voters are 2.5 times more likely to support a candidate who supports climate action, and three times less likely to support someone who doesn't. When the researchers further broke down respondents' ideologies, they found that it was the most conservative Republicans who didn't believe that climate change was happening or that we should do anything about it, while the views of moderate and liberal Republicans were largely similar to Democrats'. Another Yale survey from just this month found that a 56 percent majority of Republicans support regulating carbon dioxide as a pollutant -- and this time, 54 percent of conservative Republicans were on board, too.

In the Times poll, 47 precent of Republicans did say they think climate action will hurt the economy. But maybe we're all coming around to realizing that inaction will hurt in the long-run: 61 percent of Republicans, and 81 percent of Americans overall, said they believe that if we do nothing to reduce emissions, global warming will become a serious problem in the future.