Do condoms kill the mood of a book? Erotica authors don't agree on safe sex demands

“We are writing fiction, not sex education manuals” 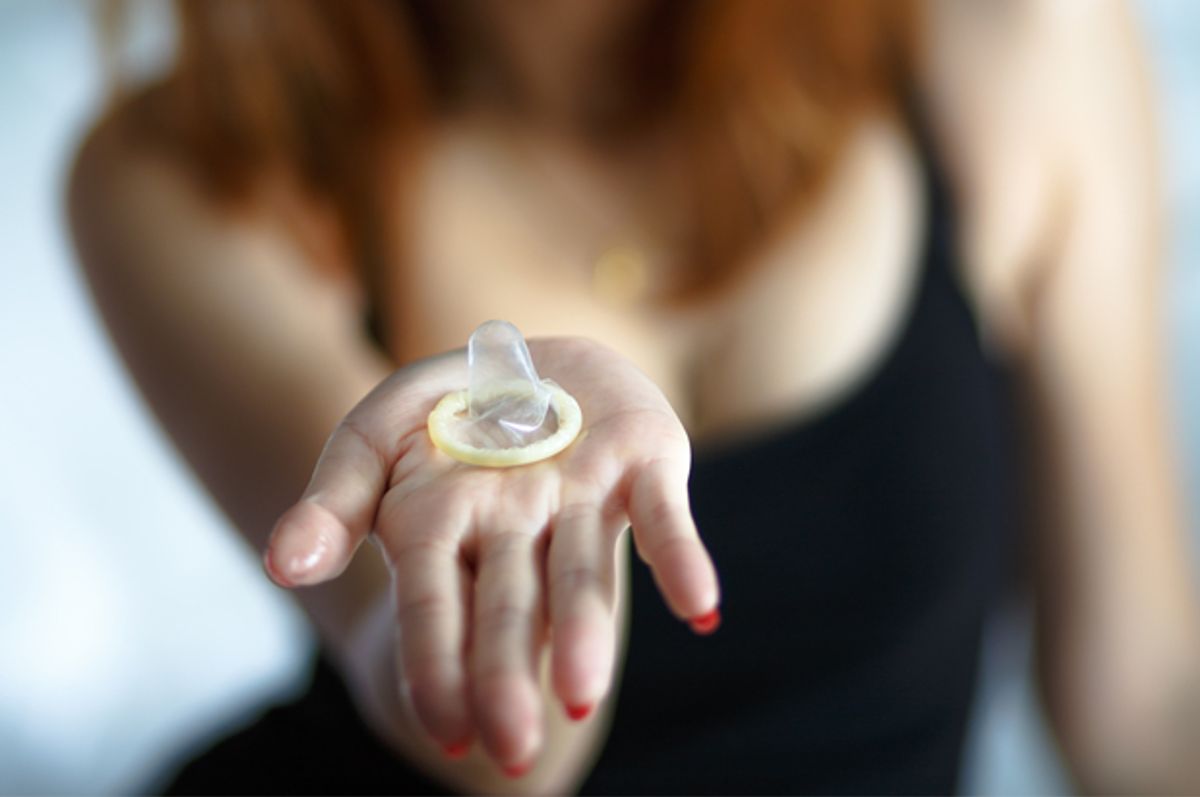 For some readers, the lack of safe sex practices is an immediate red flag, not out of “political correctness,” but because it detracts from the reading experience. In a review of KD Grace’s “The Initiation of Ms. Holly,” blogger Reading With Analysis called out the author: “I am in favor of safe sex in erotica (and romance), because it reinforces our cultural reality and could — perhaps — help contribute to the idea that the only sexy sex is safe sex. So I noticed right away that there weren’t any condoms present during any of the crazy sexual encounters in this book…. Everything was tracking along OK, until one scene … when a dude is about to have sex with a lady, and he puts on a condom and remarks in his inner monologue that he doesn’t know where she’s been. Hold up. No one in this book knows where anyone else has been, either, so…. And that was the only condom in the book!  It made all the other scenes — especially the pet sequences — seem incredibly questionable and more than a little disturbing.”

Grace isn’t sorry, and defended her work’s right to exist in a fantasy zone. “Erotica, like all other fiction, is indeed fiction,” said Grace. “We don't become cannibals after reading a Thomas Harris novel, and we don't go biting people's necks after reading a vampire novel. Surely people who read erotica are no less intelligent than people who read crime or horror. Though safe sex and the need for condoms is the reality of the world we now live in, I seriously doubt that using a condom is a part of our fantasy life, if we're honest.”

“The Original Sinners” series author Tiffany Reisz agrees. “Every couple is different, every sex scene is different,” Reisz said. “I have one couple with a young male virgin and his older girlfriend is on The Pill. No condoms for them. Meanwhile, a sexually active bisexual [male character] in his twenties has never had sex without a condom until he finally falls in love and commits to someone. I don't shy away from showing the dangers of not using a condom. My two main heroes in ‘The King’ admit they'd both had an STD in the past.”

For some reviewers, it’s a consideration but not a necessity. Angie Lynch, founder of review site Shameless Book Club, said she notices safer sex practices when she reads, even if she doesn’t typically cover that detail in her reviews. “Whether the characters discuss birth control and condom use or not definitely factors into the realism of the story. Even though I don’t mention the particulars of the characters’ sexual safety practices (or lack of), it’s one of the traits in a character that builds relate-ability as well as likability.”

But the very notion that there are “shoulds" in an otherwise anything-goes genre makes some authors bristle. When “Follow Your Fantasy” author Nicola Jane got called out by reviewers for not using safe sex in her novel, she blogged an impassioned response arguing that erotic fiction is fiction, and shouldn’t be held to a higher standard just because it’s about sex. “It’s an escape from the real world,” she wrote. “It’s suspension of disbelief the moment you enter the book….you unconsciously add a condom or remove disease from your fictional world in order to suspend disbelief over something that is a pain in the arse in real sex.”

Jane also doesn’t necessarily want to see safe sex on the page when she’s trying to get lost in a book. “Fifty Shades’ ubiquitous foil packet really grated for me, stylistically, but will not make me either more or less likely to rip open my own foil packets in real life.” Nevertheless, she planned to ask her publisher to include a note “indicating that a condom was used at all times but just not explicitly stated,” to clear up any possible confusion.

Author Remittance Girl was even more outspoken on her blog: “I do not believe that fiction writers have an obligation to participate in the dissemination of propaganda. And, in fact, I find it a little disturbing when they do.  Because the agenda of a writer should be to tell a story — not to change people’s behaviour.”

But is safe sex good for business? UK publisher House of Erotica is banking on reader interest with its newly released heterosexual safe sex erotica anthology “Play It Safe M/F” (a male/male version is forthcoming). Fran, House of Erotica’s Head of Publishing, told Salon, “The message is safe-sex doesn’t have to equal boring sex and it can still be just as sexy. It’s such a small yet potentially life-changing precaution to take for many different reasons.”

According to Ames, it’s not just about sales. It’s also about giving readers what they’re looking for. “With [novels], people expect a consistent reality level throughout the book,” said Ames. “A dreamlike story is a very different animal from a long novel where people get up out of bed, put their clothes back on, go to work and pay bills. If you have realistic grounding touches in a story, and your characters should be aware of safer sex, then go on to have ridiculously unsafe sex, and you're not writing surrealism, you've failed on an aesthetic level and your readers will notice that.”

But don’t feel the need to revise your novel just to cater to a certain set of readers. Reisz’s advice for budding erotica writers? Follow your heart—and your characters’. “No matter what you write, you will annoy someone,” Reisz warned. “I've seen readers complain when an author puts a condom in every single sex scene. I've seen readers complain if a couple in a contemporary romance doesn't use a condom even if they've both been recently tested. You can't please everyone, so the best thing to do is write what's best for your characters and what makes the most sense for the story you are telling. We are writing fiction, not sex education manuals.”