For the love of artificial hymens: 10 of the weirdest sex toys for women 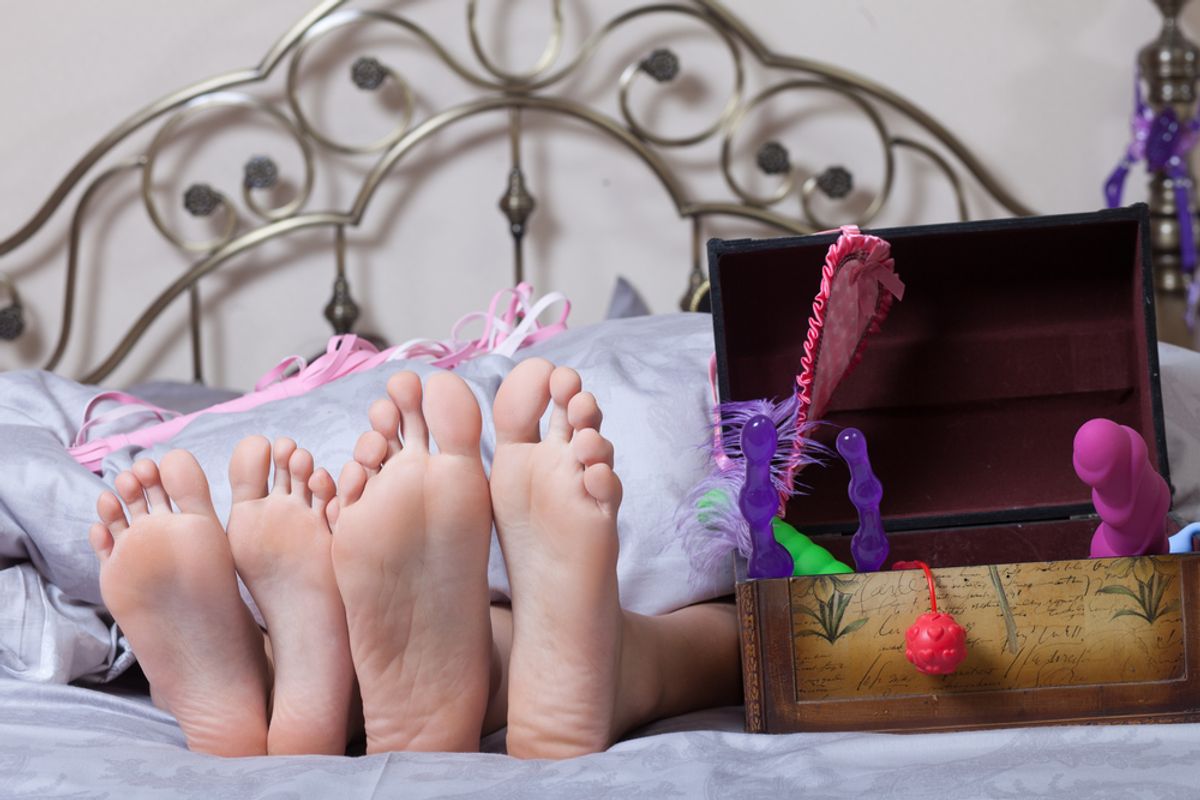 So, yes. Ladies like their sex toys, and they're willing to pay top dollar for them. As the numbers suggest, the sex toy industry is booming. U.S. revenues are estimated at $15 billion. The business site The Street projects sales to grow by $52 billion in 2020.

With that budget in mind, inventors have come up with some very peculiar and pricey products. Here are some of the most imaginative.

3. The hooded, Spandex full-body sack. This one is exactly what it sounds like: a full body spandex suit that stretches and conforms to the wearer’s body. The site Sub Slave writes the product is “perfect for slave training and slave behavior modification.” It adds, “This body sack lets you be cruel to be kind with its feature…if you know what I mean.” The sack covers head to toe, and leaves no specific slots for arms or legs, so when you’re in there, you’re really in there. The folks over at Sub Slave also suggest using a gag and nylon or leather bondage straps for a “more complete restraint.” The sack comes in six differences sizes, ranging from “small” to “3X.”  The sacks can go for as much as $130.

4. ElectroSex gloves. This one seems to be leading the way in electrosex stimulation. For those who aren’t familiar with the subculture, electrosex toys involve mild electoral currents that “stimulates and arouses.” The Rimba ElectroSex gloves can be used for partnered sexual play or masturbation. A standard kit contains one pair of gloves, one pair of latex gloves, one set of four adhesive pads, one pair of press-on button (snap) connectors and one lead wire. A word of advice: all products should be used with Electro Gel or “suitable” water based lubricant. For those who are into it, it’s great, but there is a sprawling demographic of people who should probably avoid electrostimulation. Electrosex products are not recommended for anyone suffering from a heart condition, pregnant women, epileptics, or anyone with “penile/vaginal/anal disorders.” The gloves range in price, but can cost upwards of $200.

5. The artificial hymen. We’ve heard about surgeries that help “restore” a woman’s virginity, more formally referred to as hymen restoration. Given the fact that there are some places in the world where virginity can become a matter of life and death, it’s an important option to have available. But its origins weren’t always so grim. The first “artificial hymen” was invented back in the mid-'90s by a Japanese kinesiologist. That’s when the fetish, porn and sex industries decided to jump on board. The site Hymen Shop advertises artificial hymen products with lines like, “Become a VIRGIN Again!” and “Spice up your sex life and bring the Va Va Voom back to the bedroom.” The kits are sold online for around $30 each. It works like this: the “hymen” is presented on a strip folded into eighths, which is then inserted into the vagina. Users have a short window to have sex after putting the artificial hymen in place. The directions warn: This vagina will self-destruct in fifteen minutes." When documenting her first try, Leah Beckmann of The Cut wrote, “Before I can decipher whether the hymen should go in blood-side up or blood-side down… the film dissolves in my hands. I am covered in bright red dye… There is red on every surface of the sink.”

9. The anime face mask. This unique toy is designed for those in a very specific subculture: the Anime crowd. The Anime Face Mask Kigurumi set includes a wide-eyed anime girl cosplay facemask and wig. It comes with two types of wigs (one long, one short) and multiple colors (pink, red, orange, yellow, green, blue). You can customize the eye colors of the mask (red, green, light blue, dark blue, purple, yellow). The customizable set runs for a fairly steep $1,392. But I guess that’s what convincing, anime role-play goes for these days.