Marriage after her mastectomy

My wife has always been fiercely independent. Months after her surgery, we're still learning how to help each other 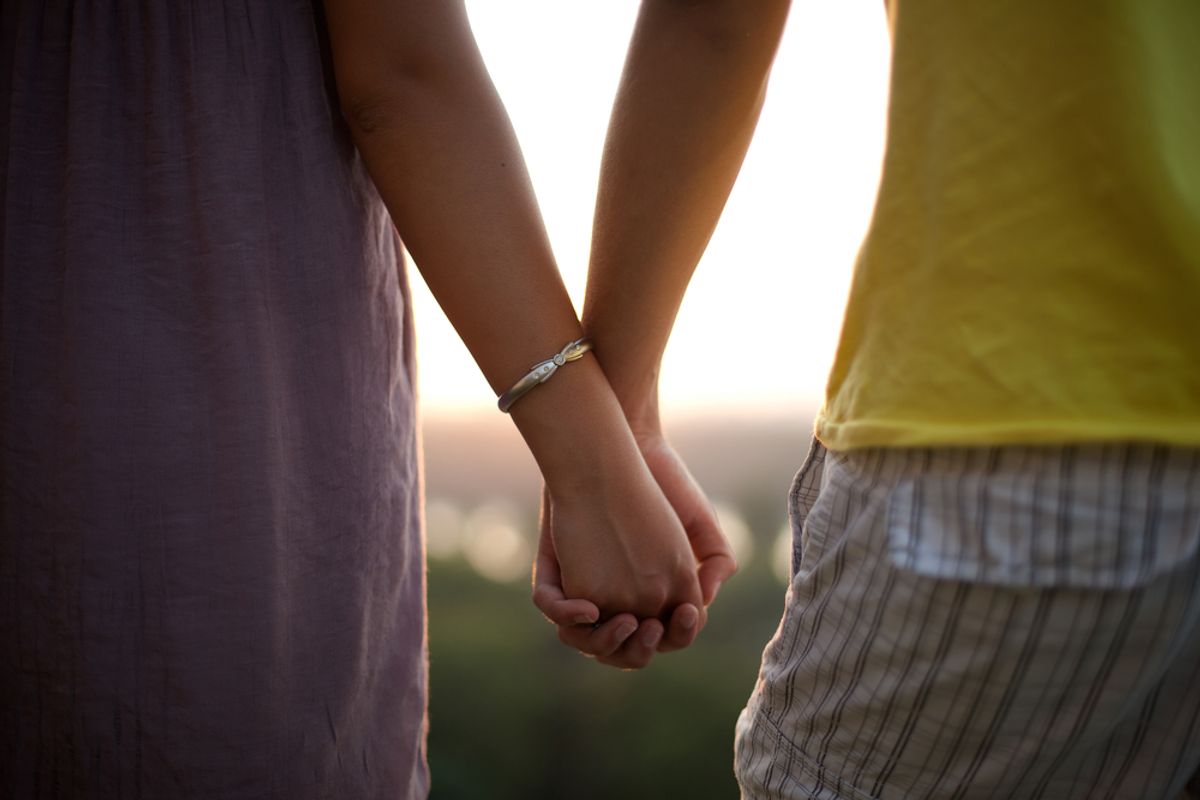 Yesterday was a day. Around our house, we call them “high-gravity” days. It’s one of those days when everything seems to take so much extra effort to get it even marginally correct. Work projects falling apart. The stress taking its toll on my personal health. The simple accumulation of things going wrong that leaves one wondering where it all ends. And on top of it all, the undercurrent of concern to which I had grown accustomed as a result of my partner’s absence.

In reality, she hadn’t gone away. Well not in a literal sense, but 497 days prior to yesterday she got the call that her Mom was dying. And she hadn’t been the same since.

My partner had a push-pull relationship with her mother over all the years that I knew her, but I naturally felt compassion and empathy knowing at the end of the day, it is family. She spent the final days with her mother, saw the suffering first hand, and made those many difficult decisions one makes with at the end of life. As the months passed and my partner grieved the loss of her mother, my compassion turned more toward concern; she didn’t seem to be coming through the other side. She met insomnia. She wrote ferociously to purge–blogs, poems, articles—but to limited relief. She tried to smile, but was missing a spark. She was missing the piece that made her, well, her. We talked regularly, deeply, yet it offered no measure of relief, to either of us.

It was as if her spirit had leaked out, like the air from an unused bike tire. And in spite of our tried and true relational approaches to filling each other back up—things like a weekly date night, nightly chats in the hot tub, social time with friends—nothing worked.

The only movement she ultimately achieved in the months following her mother’s death came with a different shade of darkness. Her energy turned inward as she started considering the preparations that would come to change her own life course significantly. Her mother was the fourth woman in her family to die from breast cancer—some young women not too distant from her age—and two of her younger cousins in their 20s had also been diagnosed. Her mom’s dying wish was she “Be there for her boys” and it was a wish she was going to honor without hesitation. I had absolutely no way to relate to what she was facing: lost and confused about so many things at once.

My Love went about the daunting task of finding a surgeon to amputate her breasts to relinquish this horrible family burden. I joined her at all of the appointments and then we processed what we learned. We coined it Body 2.0: a preventative double mastectomy with DIEP flap reconstruction. It was a feeble attempt to put a positive spin on the process that is a technological feat on so many levels. One surgeon removes her breast tissue and nipples, and another team of surgeons to cut out abdominal fat tissue and then reattaches the tissue on her chest in the shape of a breast. On December 9, that is exactly what she did.

She was in surgery for longer than it took me to complete an Ironman, over 14 hours in fact. The initial hours of recovery were touch and go with the viability of her newly constructed ‘freasts’ (her word) at risk. She lived in Dante’s Hell for the first two days, under a scorching heat blanket that simultaneously encouraged revascularization of the flap tissue while also testing the depths of her mental strength. For two days I sat with her in the recovery room and dipped wash cloths in ice water for her face in order to keep her from losing sanity. The recovery that followed was nothing short of torturous. I’d say as you might imagine, but in reality it was so much worse.

The road of recovery eventually became less acute, although no less winding and unpredictable. We celebrated each small step of progress together. The day she could wash her own hair, she was beaming and we danced (gingerly). Another celebration was being released from the binder that literally kept her abdomen from ripping open. It felt so good to have the feeling of progress, and it was in these moments that I truly began to savor time. To drink it up and enjoy it until the next setback around the corner appeared. It was also sometime during this period that I began to wonder if the person I married, the person I loved more daily, and the person I wanted keep loving a long time—well, I began to wonder if she was gone for good. Each small step represented progress. The question was to where.

To the outside, it may have appeared that all was normal. We started socializing again. We worked together and talked a lot. We worked hard in fact to process all the changes in our lives, like what Body 2.0 meant for her, and for us. We came upon the feeling that we felt ‘out of orbit’ with one another and while we both have tremendous capacity to reflect and connect, it just wasn’t complete. No matter how hard we tried.

Under the surface was a change in the way that we related to each other. Prior, an independent feminist that took pride in tackling her own (and others’) problems with a fury. After, a dependent feminist—even if temporarily so—that very reluctantly accepted any attention or assistance. The fact is that this was something that she couldn’t do on her own, no matter her will, and yet she was able to convince most everyone that she was whole again in short order.

Within a couple months of the surgery, friends seemed to have forgotten what she had been through: they stopped coming by and only called or texted when they needed her advice. Meanwhile, I was working on breaking through the resistance of her willingness to accept help while honoring that in doing so, the essence of her identity wouldn’t change.

Before each subsequent procedure in the reconstruction process—first the creation of nipples (or “fipples” as she calls them) and then the tattooing of them—each of these steps brought both hope and trepidation. The latter most obviously being related to the uncertainty and surrealism of what was happening. What exactly does a fipple look like? How will the ink look in relation to the scars? While we mulled these and many more questions, there was this undercurrent of hope that the procedure would contribute to the feeling of wholeness. Yet as the time passed, the feeling seemed ever further away. After the ink had dried and the last procedure was done, it became apparent: No technology, no skilled surgeons, and no ever-loving partner could restore what was missing, and perhaps had simply been lost.

We worked every day—at times from moment to moment—to connect and recover together. Each of us was affected in a different way and in spite of our effort and intent, our orbits fell out of synch. It may not have looked like it to our family and friends, but we felt the difference. We didn’t like it, but we were slowly rebuilding something different. Our date nights had been a regular ritual for many years as our way to share time together, and with friends. Date nights took on a different feel, less of a release and more like work; effort to re-engage and make is like it was before. Maybe everything would have been as good or maybe just different. It’s hard to say.

Then yesterday, the day that started out like one of the many ‘high-gravity’ days along the way…everything changed. My Love greeted me at the door and said, “I feel like me!” with a big hug. I didn’t need to ask what she meant. The sparkle was back. It came over her during a run in the woods. The passion and energy back in full force. 284 days after the surgery. I wasn’t keeping a count per se.

And then I had a small sinking feeling—would she still learn to receive my help, my energy in the same ways that she had through her recovery. In the process of this long ordeal, I realized that I had overcome my own resistance to the idea that offering my gifts to her wouldn’t make her weaker. While many men before me have inappropriately offered their “assistance” in paternalistic ways, I realized that my way of relating was not predestined to be painted with the same brush and that I could offer myself fully.

We were both changed by all of it. Everyone evolves. And then we also have these moments in our lives where we mutate—a death, a major medical event—and loved ones will feel lost. The work my Love and I did daily to search for the connection, to communicate and to be gentle with each other in the process was what we needed to transition her Body 2.0 into our Relationship 2.0.