This isn't a competition, Del Marsh 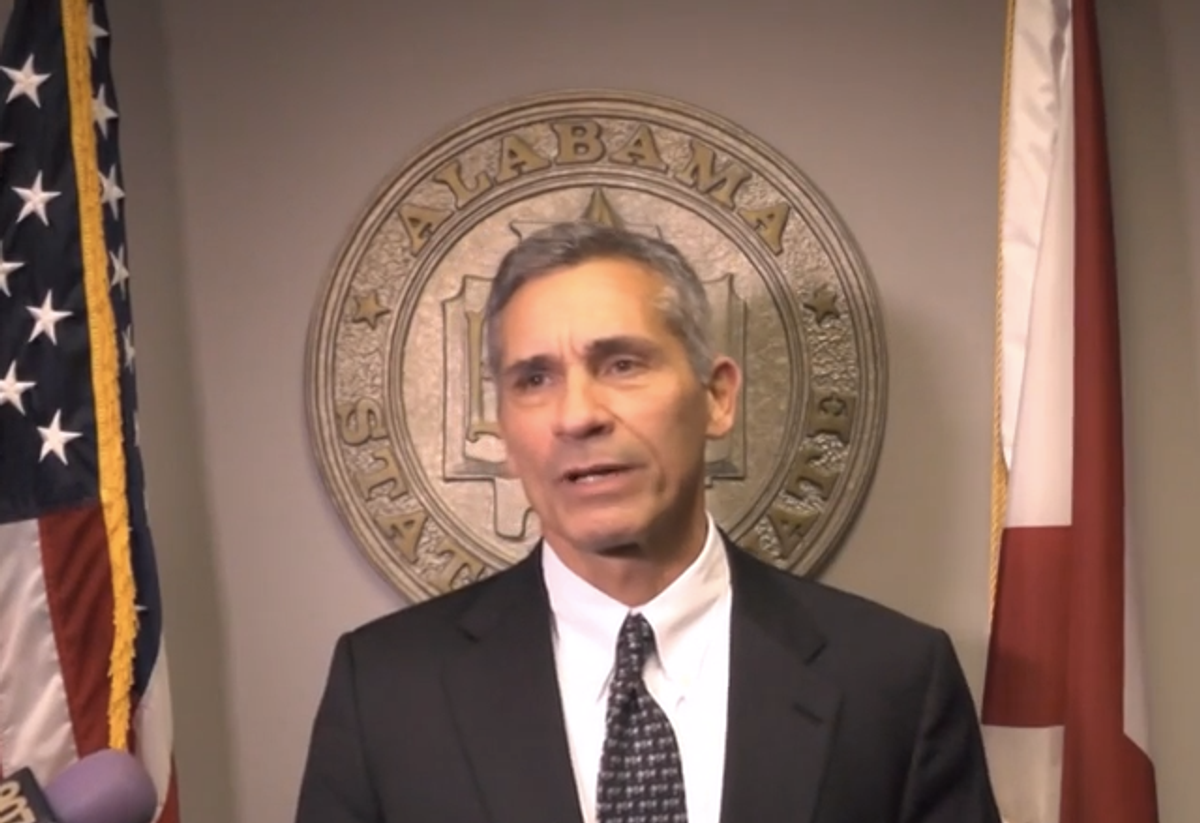 We've all grown accustomed to the standard right-wing arguments against marriage equality. We've been warned of a slippery slope toward bestiality, incest, and pedophilia; we've listened to Christian conservatives rail against the sin and depravity of homosexuality; and we've witnessed some conservatives concoct a pseudo-intellectual justification for marriage discrimination. They call it "complementarity," which is really just a less vulgar way of saying "God made Adam and Eve, not Adam and Steve."

“You gotta look at the financial aspect of this as well,” Marsh told an Alabama radio host last week, in an interview flagged by Think Progress. “Let’s face it. If gay marriage is approved, I assume that those types of unions, those people would be entitled to Social Security benefits, insurance. Where does it end?”

Marsh, the President Pro Tempore of his chamber, added that he "wondered if the federal government has looked at the actual costs to the government when they look at an issue like this."

It just so happens that they have, as Scott Keyes points out:

Sorry, senator -- it looks like the same old bigoted arguments will have to suffice.

Listen to the interview below, via Think Progress: