"There can be no more excuses – not poverty, not money, not union rights, not political deals on school boards" 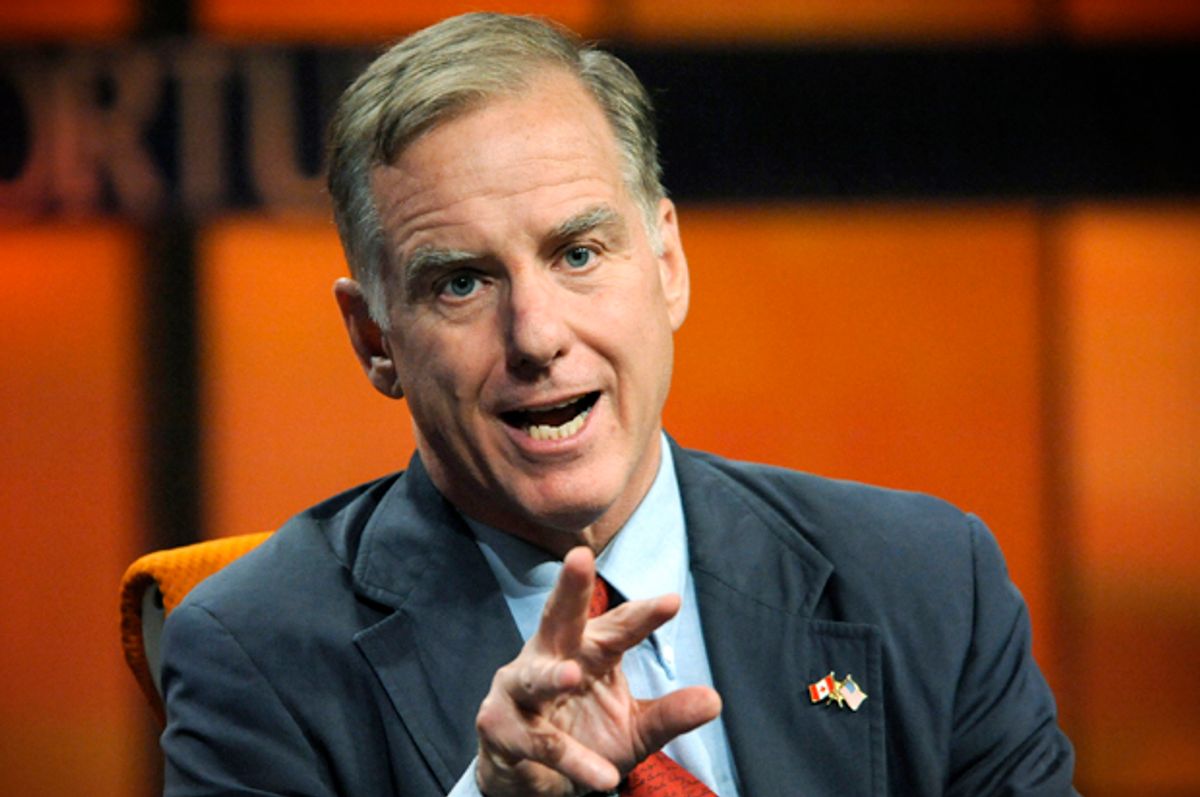 In the last election cycle, we saw education reform positioned as an increasingly Republican-led effort. This seemed odd at first, given progressive’s long-standing investment in our public schools. But when we look closely, the path to this peculiarity becomes clear.

In the debate over education, progressives have been presented with a series of false choices: I believe in collective bargaining, so I guess I’m anti-charter school. I think poverty makes it harder for kids to learn, so I’m against teacher evaluations. I think that creativity matters, so I oppose the Common Core. In each, we’re asked to look at two ideas in tension – that poverty matters, for example, and that a great education may just be the fastest possible route out of it – and accept them as diametrically opposed.

When we think harder or look more closely, the dichotomies fall away. Consider, for example, the debate over Teach for America. Launched in the early ‘90s to engage more Americans in the fight for educational equity, the effort took off quickly. In 2014, 50,000 people applied – each declaring his or her intention to help our nation live up to its potential in classrooms from South Dakota to the South Bronx.

Along the way, the criticisms kicked in. These days, as TFA works to ensure its 10,000 corps members in public school classrooms lead their students to better results, it must also contend with accusations of “neoliberal corporate education reform” from groups and individuals actually trying to talk people out of committing their lives to education through the program. In one ear, TFA fields calls from superintendents wondering what it would take to get just a few more teachers. In the other, they hear of social media campaigns designed to deter applicants. Let’s restrict the talent pipeline, rather than expanding it, the opponents seem to say. Fewer teachers will leave kids better off?

I became an advocate for Teach for America and public not-for-profit charter schools in 2008. My son was teaching at a high school in the Ninth Ward New Orleans and gave me a tour of the school on a Saturday morning in the late fall.  I picked up a bunch of the kids’ papers from his desk in his ninth grade classroom.  Scanning through, it dawned on me that nearly every young person in his classroom was functionally illiterate. Without a major change, they would never have the opportunity to work in the jobs that would allow them to reach their full potential.

I was enraged. I was in college during the civil rights struggle, and now 40 years later it was obvious to me that all of us—Republicans and Democrats; whites, Hispanics and African Americans; school boards and politicians at every level—we’d all broken our promises of equal opportunity under the law to two generations of poor kids. Right there, I vowed that whatever we did, we could not continue to do what we had been doing for the previous four decades.  There could be no more excuses – not poverty, not money, not union rights, not political deals on school boards. Everything with real, reasonable potential had to be tried, and everything had to change.

If you are someone who cares about breaking the intergenerational cycle of poverty, you need to play close attention to this next point. This year, one in every three TFA members is the very first in his or her family to graduate from college. Many of these individuals were themselves taught by TFA members in our hardest-to-staff classrooms before going on to graduate from college then go back to teach in those very classrooms. Want to see what meaningful, systemic, community-level change looks like? Keep an eye on these people. Better yet, join them.

The need for more great educators has never been so urgent; the opportunity for impact never quite so clear. There is also promising evidence that there are people on both sides in this artificially divisive debate who understand that cooperation may be politically difficult, but it is the only chance our kids have.

This fall, American Federation of Teachers president Randi Weingarten paid a visit to Lawrence, Massachusetts, where superintendent and TFA alum Jeff Riley is working closely with union leadership to chart a new path of collaboration and innovation. Their efforts and those of countless others stand as a reminder: Issues don’t come to us polarized, we make them so. That is the mindless and easy way out. Just as we can choose to dig in our heels, we can opt to open our arms.

With a presidential election on the horizon, the next 12 months have the potential for more hardening in the education reform debate. We have already seen this in the “debate” over the Common Core.  The truth is that we need national standards and a more flexible approach to testing.

I propose we stand up against polarizing rhetoric and oppositional attitudes. Let’s reject the idea that our side has the only good ideas for school improvement, whichever side we happen to be on. Then, let’s encourage our most talented, ambitious, passionate young people to do the work of education – whether through Teach for America, other programs, or any of the many other avenues now available to live a life of impact. Finally, let’s defend vigorously our right to struggle for better opportunities for our children. After all, this debate cannot be about our present, it has to be about their future.