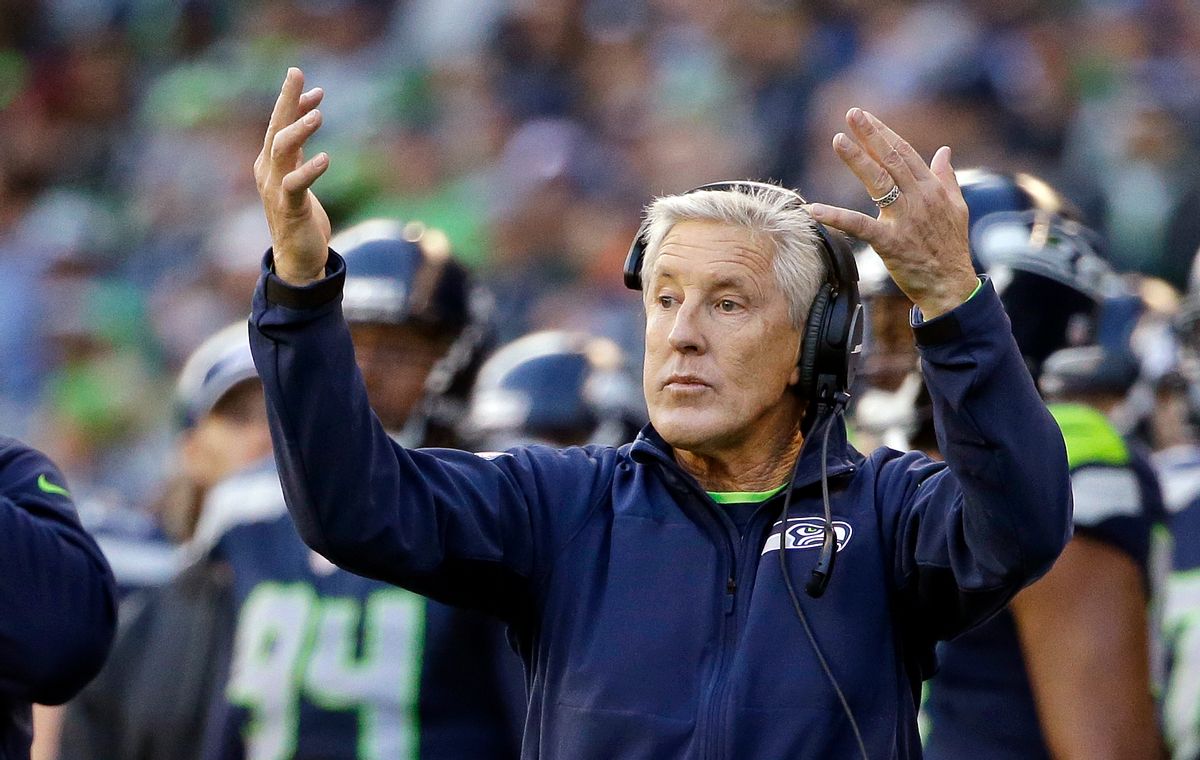 Seattle Seahawks coach Pete Carroll shouldered all of the blame for what's being called the worst play-call in Super Bowl history, but we're still not ready to let him off the hook for his epic blunder. USA Today's NFL coverage managed to eke out an "in defense of" column, but even they said, "no doubt they should have just given Marshawn Lynch the damn ball."

we're trying to write it, guys. but we can't think of anything. #slatepitch pic.twitter.com/GfJJSTmtKP

When Pete Carroll wakes up and remembers he didn't run Beast Mode on 2nd-and-1... pic.twitter.com/JADiWx1UAi

Pete Carroll is the Lady Edith of this year's #SuperBowl.