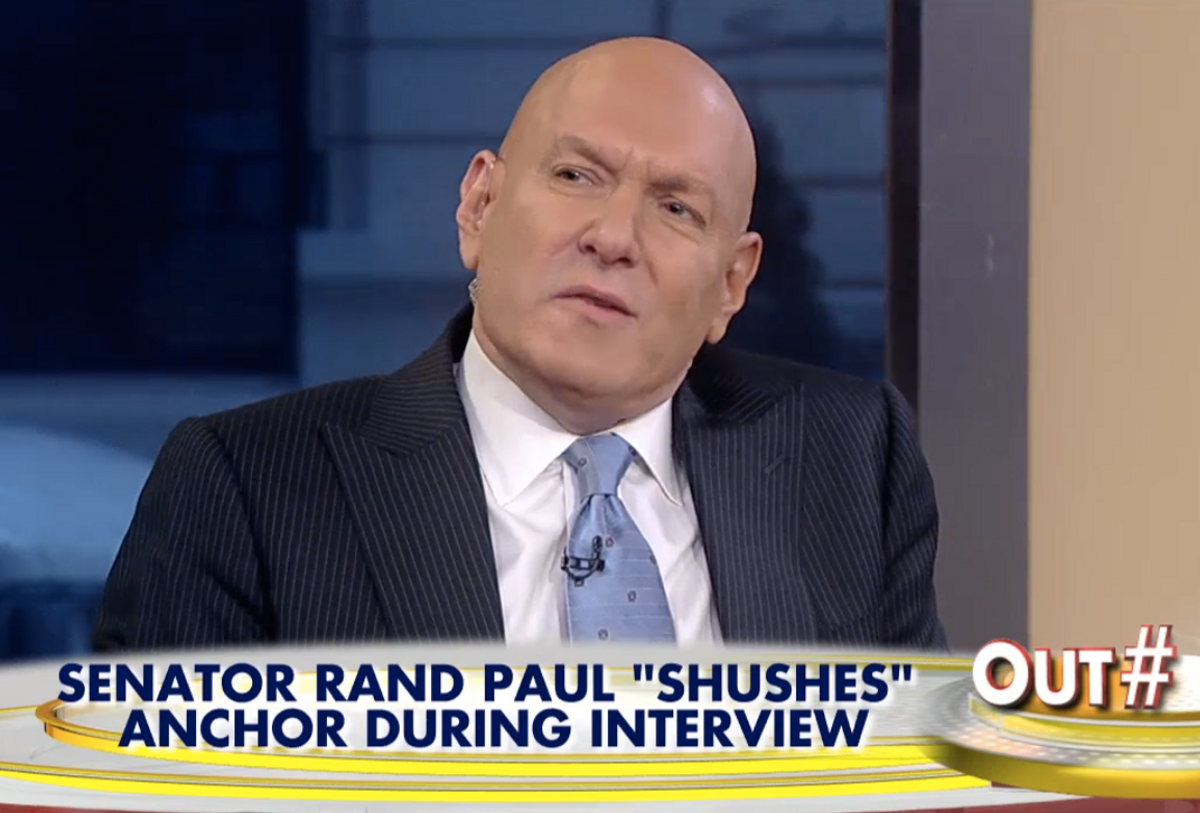 On Tuesday, the panelists on Fox News' "Outnumbered" decided to take on Sen. Rand Paul's now-infamous interview with CNBC's Kelly Evans, during which the senator shushed the "Closing Bell" host with finger to lips in a way promptly decried as sexist. Of course, on the "Outnumbered" couch, the panel wasn't so sure.

In response to the crew's discussion question -- "Is it ever OK to shush a woman?" -- there were some fair points raised. Co-host Harris Faulkner noted the possibility of journalists doubling down in the face of disrespectful behavior (a more "Lean In" approach, perhaps), while Kennedy Montgomery noted that she's been shushed as a female anchor more times than she could count. But Fox contributor and known blowhard Keith Ablow was also on the couch, so there was also the stuff he said.

"I have a completely different take on this, and I don't know if it relates to my gender or the fact that I'm too narcissistic, but I would take it all as good humor," Ablow said. "I think it's sort of playful and warm. It's almost like what you would do at home ... It wouldn't bother me. I don't find it that demeaning to be shushed."

Ablow then conceded that he has never, in fact, shushed his own wife at home, and told co-host Andrea Tantaros he isn't sure he would ever shush a woman. Montgomery cut in and called bullshit.

"Go back and watch the interview you and I did last year, Dr. Ablow," Montgomery said.

"Honestly, that was a therapeutic intervention," Ablow responded.