"That analogy makes no f**king sense!" 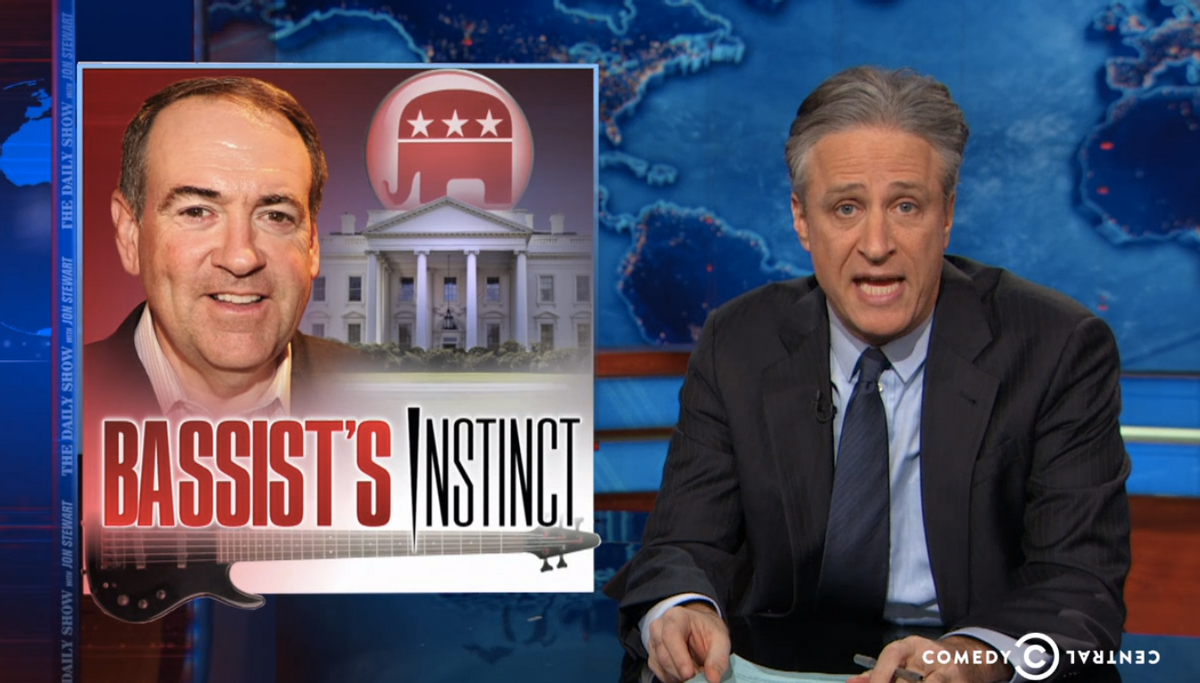 On Monday, an hour prior to taping the show, Jon Stewart stewart was forced to scrap a "Daily Show" segment. So the comedian turned his attention to Mike Huckabee, who is on a book tour and making a series of outrageous comments.

Stewart began by slamming Huckabee's remarks that women cursing in meetings up in New York City was "trashy."