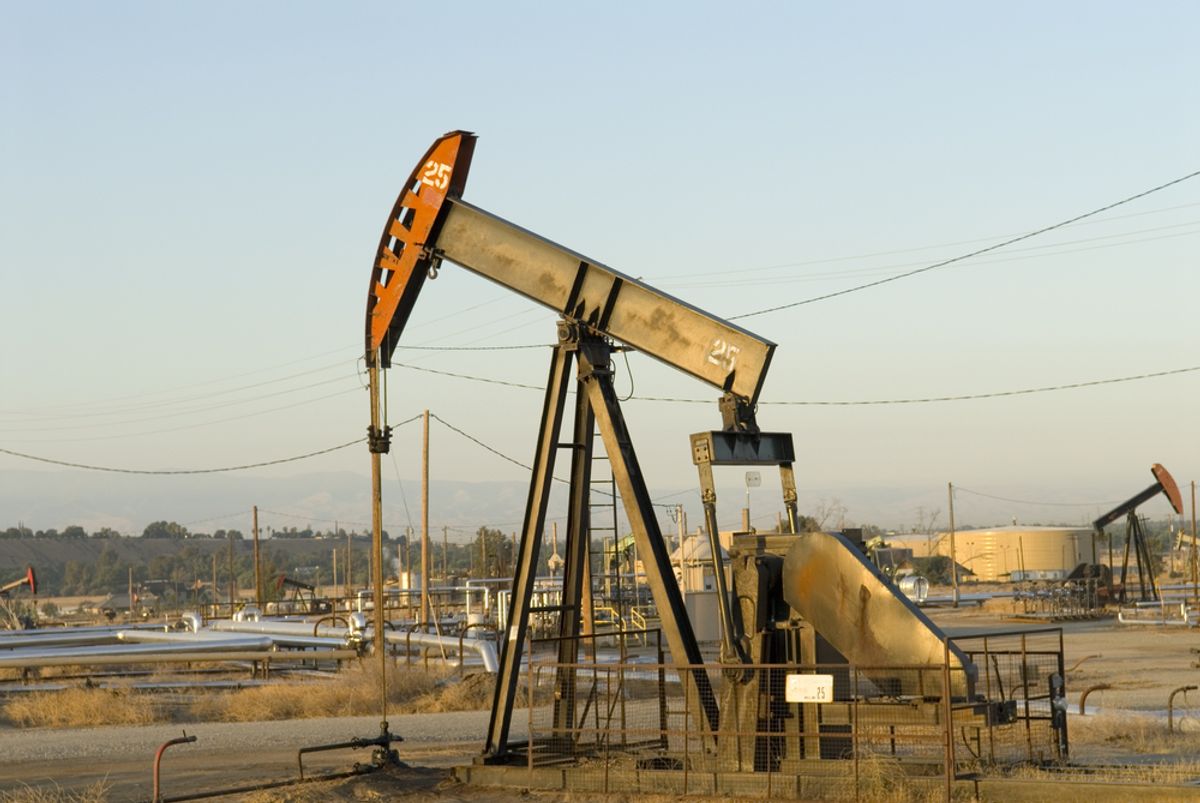 California has a drinking water problem on top of its drinking water problem. Oil companies, with the permission of state officials, have been injecting their wastewater into clean aquifers, according to a damning new report. The practice goes back decades, and is now threatening water quality at a time when the drought-plagued state needs every drop it can get.

The San Francisco Chronicle broke down state data stretching back to 1983, when the EPA first handed over responsibility for enforcing regulations to California’s oil field regulators. While state officials say there's no indication yet that they contaminated drinking water wells, the Chronicle counted 464 wells that injected wastewater into aquifers that should have been protected under state law and the federal Safe Drinking Water Act:

To gauge water quality in a river, lake or aquifer, researchers often start with the water’s total dissolved solids — salts and other materials in the liquid. High counts don’t necessarily make water harmful to drink, but they can cloud it and give it a salty or bitter taste.

In general, anything below 500 parts per million requires no treatment and is considered high quality. Water from San Francisco’s Hetch Hetchy system, piped straight from the Sierra, averages 71. State water officials want to prevent contamination of any aquifers that are below 3,000.

And yet, the oil industry drilled 171 injection wells into aquifers with counts of 3,000 parts per million or less, according to state data. Companies also received permits to drill five wells into aquifers of the same quality, but for those wells there is no record of injections.

Another 253 injection wells went into saltier but potentially usable aquifers that the EPA considers protected. Companies received permits for an additional 26 wells of the same quality.

Finally, companies drilled 40 injection wells into aquifers for which there is no water-quality data.

A total dissolved-solids count above 1,000 may require treatment before use, either by blending it with fresher water or putting it through reverse osmosis, the process used in seawater desalination plants. But it is usable, for crops or people.

This isn't the first indication that California's drilling and fracking operations might be polluting aquifers: last July, regulators shut down eleven wastewater injection wells over that very concern; they later confirmed that at least nine were, in fact, dumping wastewater contaminated with fracking fluids and other pollutants into protected drinking water sources. But this new report reveals just how widespread the threat is; it also, the Chronicle points out, happens to be disproportionately threatening California's Central Valley, where is literally sinking under the demand for usable water.

Unless they can come up with a plan for how to deal with this by February, the EPA said, the federal government intends take control back from the state. “If there are wells having a direct impact on drinking water, we need to shut them down now,” Jared Blumenfeld, the regional adminstrator for the EPA, told the Chronicle. “Safe drinking water is only going to become more in demand.”