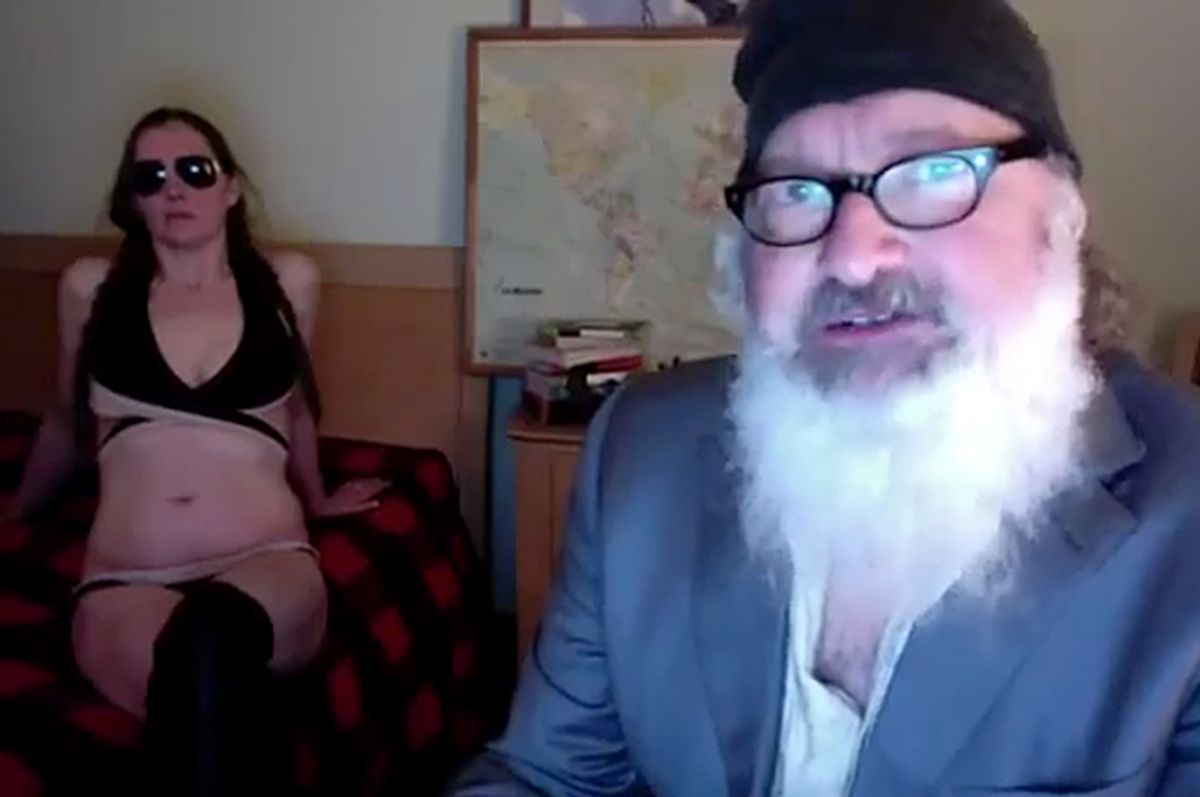 In the video Quaid claims that films he starred in -- "Independence Day" and "Christmas Vacation" -- racked up $1 billion for Murdoch and co.

"What did I get in return?" Quaid demands. "A Warner Brothers exec, Bruce Berman, stole my house, and News Corp’s the 'New York Post' continues to smear me to high heaven with a pack of lies."

Quaid then went on to claim that Warner Brothers had him arrested six times by TMZ -- or the "police-media corruption."

Quaid and his wife Evi (who is also in the video) have been arrested multiple times, and are currently living in Canada to avoid trial on charges of vandalism and residential burglary. According to authorities, the two were living illegally in a guest house on property in Santa Barbara they no longer owned.

In the video Quaid says he has be "put through a living hell of biblical proportion."

"So Rupert, you want to fuck me? I’m going to fuck you," said Quaid says. He then hands his wife a Murdoch mask. Warning the video is not safe for work; watch at your own risk: