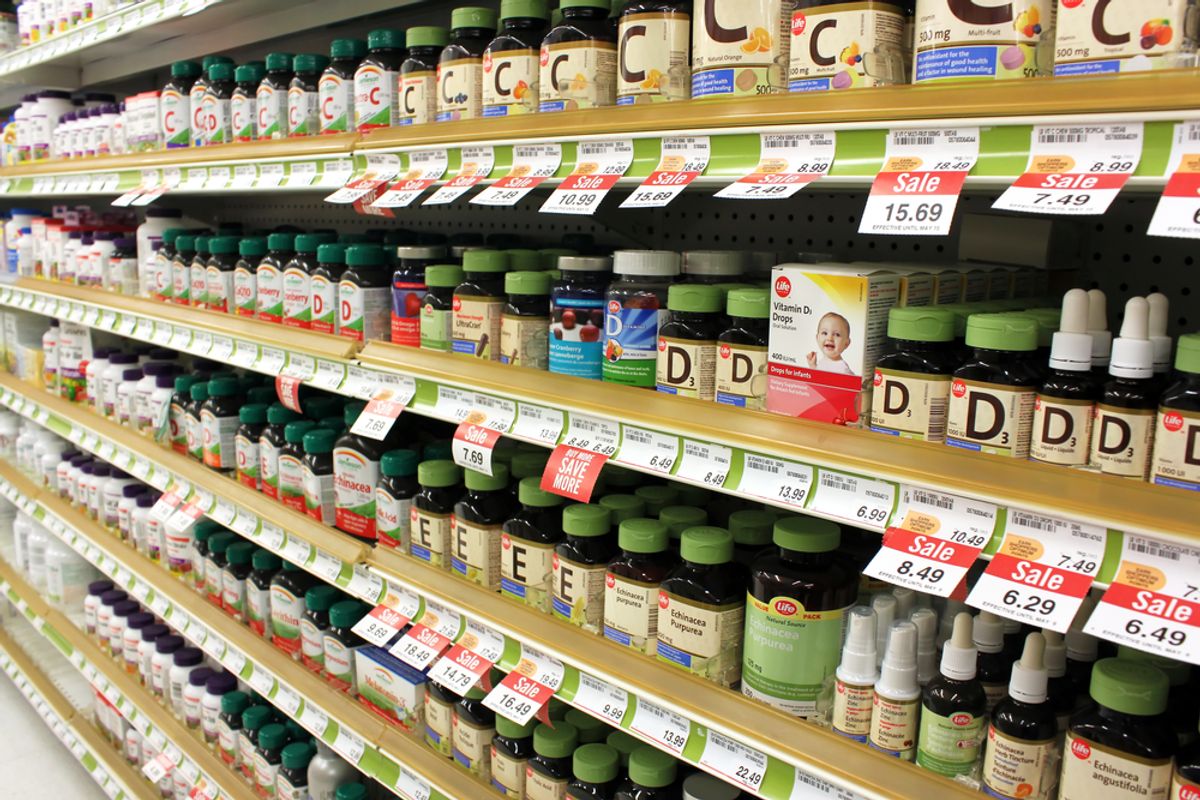 On Monday, New York State's Attorney General Eric Schneiderman instructed Target, GNC, Walgreens and Walmart to immediately cease selling a number of scam herbal supplements. An investigation revealed that best-selling supplements not only didn't work, but were potentially dangerous, with four out of five of the products not even listing any herbs in their ingredients--instead, the supplements contained fillers including powdered rice, houseplants and asparagus. Fraudulent products include echinacea, ginseng, St. John's wort, garlic, ginkgo biloba and saw palmetto.

In total, only 21 percent of store brand herbal supplements contained plants listed on the labels.

These drugs are not subject to the F.D.A.'s approval because of a loophole in a 1994 federal law (spearheaded by Utah Sen. Orrin G. Hatch who received funding from supplement makers), fraudulent products can easily reach consumers without accountability or oversight.

The New York Times' Anahad O'Connor has the story:

As part of its investigation, the attorney general's office bought 78 bottles of the leading brands of herbal supplements from a dozen Walmart, Target, Walgreens and GNC locations across New York State. Then the agency analyzed the products using DNA bar coding, a type of genetic fingerprinting that the agency has used to root out labeling fraud in the seafood industry... the tests found so many supplements with no DNA from the herbs on their labels but plenty of DNA from unlisted ingredients, said Marty Mack, and executive deputy attorney general in New York. "The absence of DNA does not explain the high percentage of contaminants found in these products," he said. The burden is now with the industry to prove what is in these supplements."

GNC spokesperson Laura Brophy responded to the allegations, saying, "We stand by the quality, purity and potency of all ingredients listed on the labels of our private label products... We will certainly cooperate with the attorney general's office in all appropriate ways."

Walgreens pledged to remove the supplements from its stores across the country, while Walmart said it would contact its suppliers and "take appropriate action." Target did not provide a comment.