"Don't ask, don't tell" is a lie: What Ashton Carter should be asked today

Before defense secretary pick is confirmed, he must pledge to fix a huge disgrace: How we treat transgender members 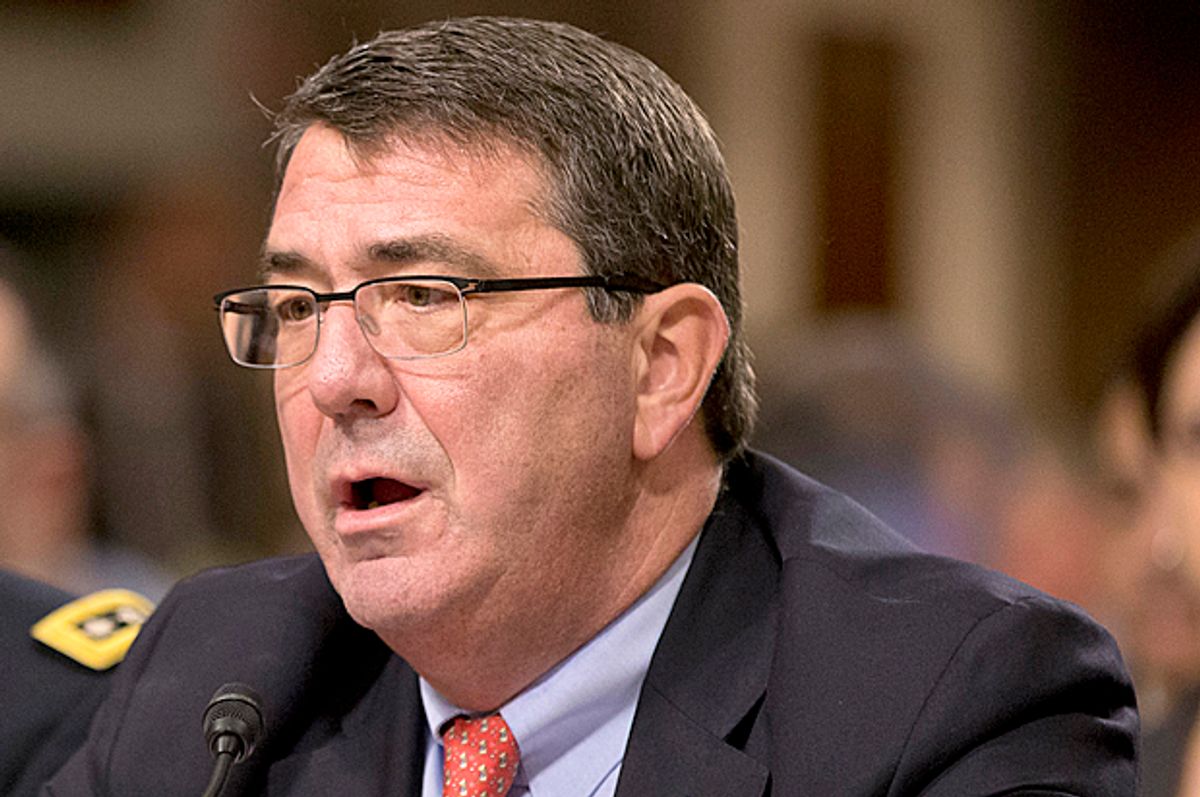 President Obama made history in December 2010 when he signed legislation overturning a long-standing ban on military service by openly gay men and lesbians. Reflecting on one of his earliest achievements for LGBT rights, he declared, “For we are not a nation that says, ‘don't ask, don’t tell.’ We are a nation that says, ‘Out of many, we are one.’”

Yet this was only partly true. Lesbians and gay men were indeed given the opportunity to serve openly, but their transgender counterparts were forgotten. Instead, outdated medical regulations that unfairly prohibit military service on the basis of “psychosexual disorders,” including “transsexualism, cross-dressing, or a history of gender transition,” were left intact.

Even after the repeal of “don’t ask, don’t tell,” transgender members who have risked their lives and dedicated years to military service continue to be dismissed for the mere fact that they identify with a gender different than the one they were assigned at birth. The policy has forced an estimated 15,500 transgender service members to face a burdensome dilemma: either conceal their identities, or risk losing their jobs.

That is precisely what happened to Landon Wilson, a former petty officer who served in the U.S. Navy in Afghanistan and was discharged in 2013 after his superiors learned of his transition. Wilson recalls identifying as a boy as early as age 4, but enlisted in the Navy as a woman. He was drawn to the military growing up near the Robins Air Force Base in Central Georgia, and went on to earn accolades for his service. But he was sent home only hours after his commanders discovered that he was transgender, and says that weeks later, a military lawyer offered him a bleak choice: “You can transition, or you can serve.”

Advocates were hopeful this would all come to an end when former Defense Secretary Chuck Hagel said last May that he was open to reviewing the outdated medical ban on transgender service, and that “every qualified American who wants to serve our country should have an opportunity if they fit the qualifications and can do it.” Months later, though, reporters revealed that no such review had begun. In October, a White House spokesman said that he was unsure whether Obama would seek to end the ban before his term was completed.

The U.S. stands alone among many of its key allies—including Australia, Canada, Israel, New Zealand and the United Kingdom—in singling out and banning transgender members from serving openly. The evidence for joining these allies is increasingly clear. A recent report by the Transgender Military Service Commission, led by a former U.S. surgeon general, Dr. Joycelyn Elders, found that there is no proven medical basis for maintaining the ban, and that doing so would be “inconsistent with how the military regulates all other medical and psychological conditions.”

The new defense secretary nominee, Ashton Carter, should pick up where his predecessor left off and take swift action to overturn this discriminatory policy by revising the Defense Department’s internal medical regulations. Until he does, the ban will remain at odds with the president’s legacy of steadfast support for LGBT rights. In fact, following the recent introduction of an executive order barring discrimination against transgender workers, service members are now the only federal employees who can still risk losing their jobs simply for being who they are.

The ability to undo this senseless injustice lies directly in would-be Secretary Carter’s hands. At his confirmation hearing, scheduled to begin Wednesday, he should be asked specifically about this question. With the stroke of a pen, he could be closer to realizing the president’s vision of a nation that says, “Out of many, we are one.”