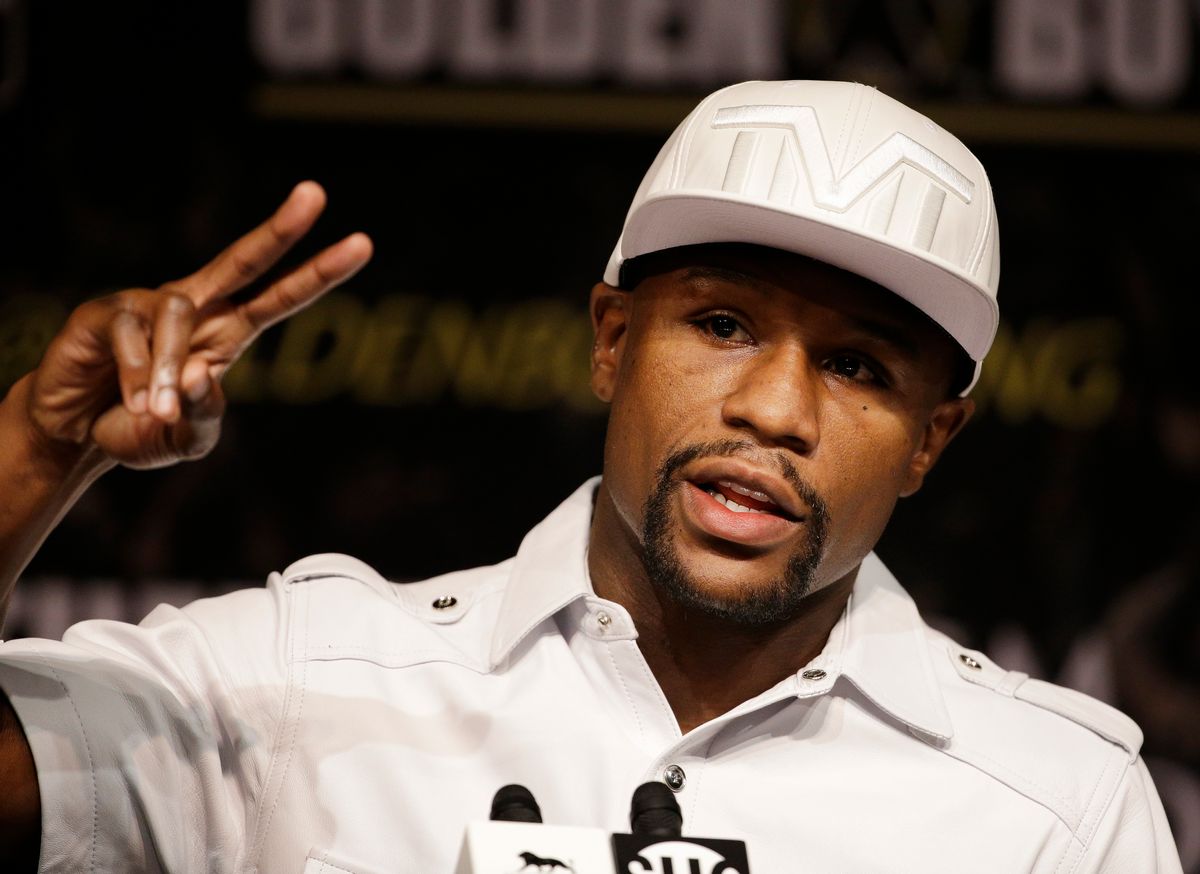 Insanely high-paid boxer and Ray Rice defender Floyd Mayweather, Jr. has been denied entry to Australia due to his history of domestic violence and assault convictions, according to the Sydney Morning Herald. Mayweather was scheduled to appear in the country this week for a two-day promotional tour, but Australian officials decided to block his visa out of concern for "protecting the Australian community from the risk of harm by non-citizens who engage in criminal conduct."

Mayweather has been involved in seven instances of physical assault on five different women that ended in his arrest or in police citations. The boxer has claimed, however, that there is a dearth of proof that he abuses women; at a press conference last year, he told reporters that, "With O.J. and Nicole, you seen pictures. With Chris Brown and Rihanna, you seen pictures. ... You guys have yet to see any pictures of a battered woman, a woman who says she was kicked and beaten (by Mayweather)." Nonetheless, Mayweather served two months in a Las Vegas jail after pleading guilty to charges of domestic battery in 2012, and was named in a civil lawsuit by his former fiancée, who claims he assaulted her.

Australia's ban on convicts has been unevenly applied until recently, but Mayweather's refusal appears to be in keeping with a possible crackdown on people who behave abusively toward women (at least, we can only hope). While Snoop Dogg and Mike Tyson, who were found guilty on drug and rape charges respectively, were each granted Australian visas, the country recently revoked the visa of pick-up artist Julien Blanc, who planned to host seminars on how to manipulate women into having sex.

Mayweather has yet to respond to the visa rejection, but recently posted a clip of himself getting a "fish pedicure" in the Caribbean. His publicist, Max Markson, told the Herald he plans to contest the decision. "I think there's room in there to appeal," Markson said, "and we will be appealing."