"All Men Must Dine" 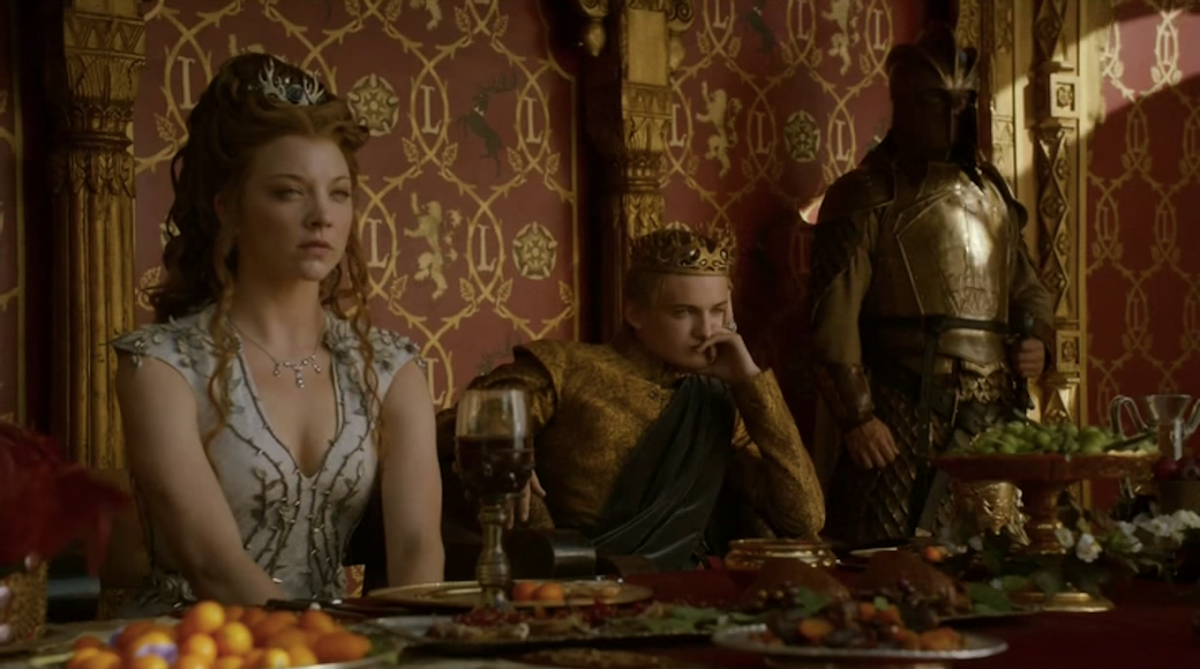 In honor of the release of the fourth season of "Game of Thrones" on Blu-ray (a super weird thing to honor), HBO will host a pop-up restaurant in London earnestly called "All Men Must Dine."

HBO hired The Wandering Chef and Grosvenor Mixologists to design the "one-of-a-kind epic banquet" that will be held from Feb. 13-15 at the Andaz Liverpool Hotel, and open only to those who win the contest. The Independent reports that the premise of the event is a secret meeting of the Small Council in King's Landing and courses served will include "The Lies of Tyrion Lannister and his Proclaimed Innocence" and "Poached Veal Tongue with Beetroot, Horseradish and Oldtown Mustard.

Only one of those courses seems to be food.

To enter, one must write a short answer to the question: "Who is your favourite 'Game of Thrones' character, and what would you cook to win their heart?"

Get excited for season five (and the release of season four on Blu-ray) by watching the former's latest trailer.