"I don’t think it's wholesome or safe to consume": Why a former meat inspector is blowing the whistle 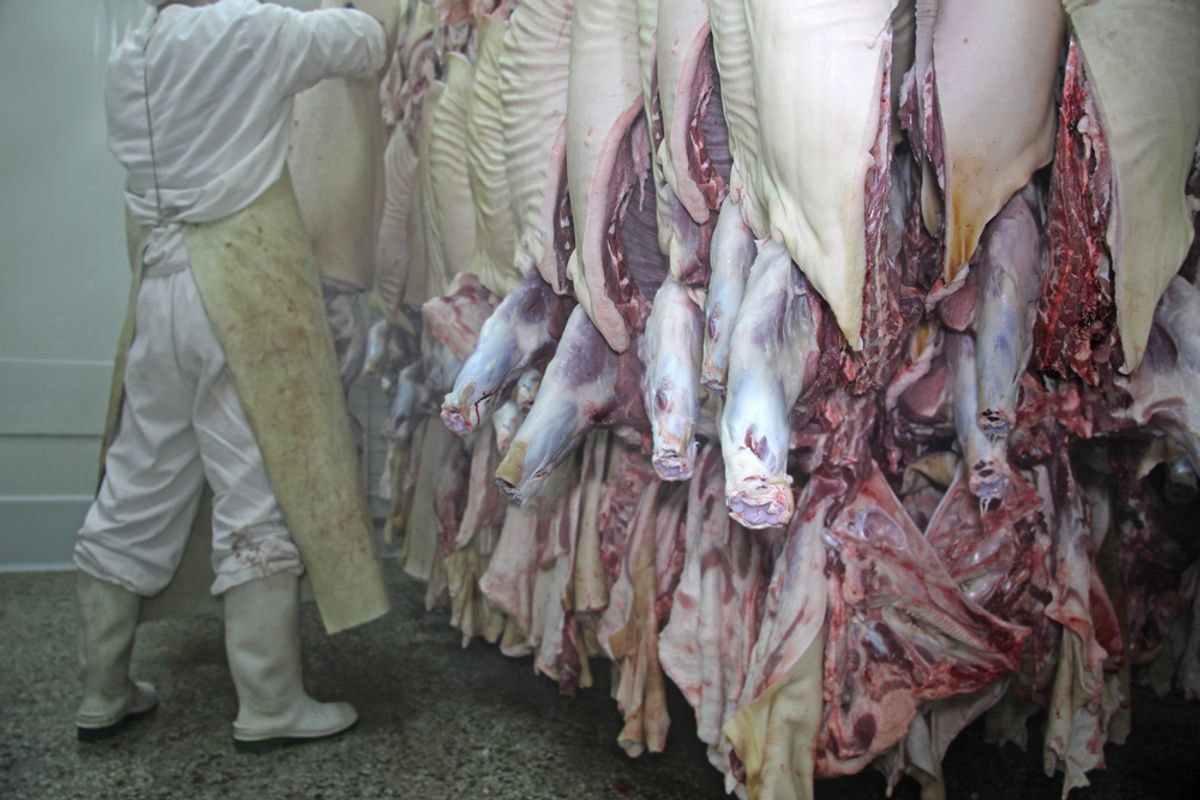 Joe Ferguson knows better than most where Americans' meat comes from. Before retiring last year, he spent 23 years as a USDA inspector working in beef, turkey and pork plants. It was at the latter that he first encountered the USDA's proposed new model for pork inspections -- and what he experienced there led him, last week, to publicly condemn what he says is a dangerously flawed program.

Working with the Government Accountability Project, Ferguson joined three other, anonymous inspectors in warning consumers about the Hazard Analysis and Critical Control Point-based Inspection Models Project -- better known as HIMP -- a USDA-led attempt at reform that increases line speeds while simultaneously reducing the number of USDA inspectors monitoring them.

"I am not a disgruntled former employee, nor do I have a vendetta against Hormel [the company targeted by GAP's Change.org petition]," Ferguson said. "It's just that I'm concerned with the way that meat inspection is going."

In 1998, the USDA adopted the Hazard Analysis and Critical Control Point -- or HAACP -- model of meat inspection, the first major overhaul since the days of Upton Sinclair's "The Jungle." The idea was to switch the emphasis from the physical monitoring of carcasses to microbial testing, in order to better identify pathogens like E. Coli and salmonella. It was an important focus, but one that critics say consequently allows meat with defects and visible signs of contamination (think: lesions, cysts and yes, feces) to go undetected. At the same time, the program shifted the responsibility for carrying out those test from USDA inspectors to the meat plant operators themselves, a move that some argue give the industry way too much power.

Now, they're doing it again. HIMP, Ferguson argues, intensifies those same problems: the USDA is continuing to give up control over meat inspections, while sped up lines are making it harder than ever to detect flaws. "I was skeptical initially," he told Salon of the program's implementation, "but then as time progressed, it was apparent that this wasn't what they told us it was going to be."

In his affidavit, Ferguson describes how the rapid lines made it harder than ever for him to do his job:

Line speeds are running 1,300 carcasses per hour and the company is killing as many as 19,000 hogs per day. This is a dramatic increase from previously, when they ran at about 1,100 carcasses per hour. It’s impossible to see any defects now. We used to be [allowed to] stop the line for bile contamination, chronic pleuritis, hair/toenails/scurf and have these defects trimmed/removed, uner HIMP, these are considered “Other Consumer Protections” and we are no longer allowed to stop the line so they may be remove. Put 'em in the cooler and ultimately out to the consumer. The only time we are allowed to stop the line is for food safety concerns, and even then we get yelled at. It’s just nuts.

"I think the whole thing is misguided," Ferguson told Salon. "They've got issues. They need to just start over from square one."

It's unclear whether the USDA will ultimately adopt the pilot program, expanding it beyond the five plants in which it's currently being used. In statements provided to Reuters, both Hormel Foods and the agency defended HIMP, arguing that it's more efficient and that it provides "enhanced food safety protection."

If they do decide to roll it out nationwide, it might be reason enough to rethink trusting pork. It definitely would be for Ferguson. "Personally," he wrote in his affidavit, "I will not eat any products that bear the name of the company for which this meat is produced -- I don’t think that it is wholesome or safe to consume."