"They are basically libertarians in white coats" 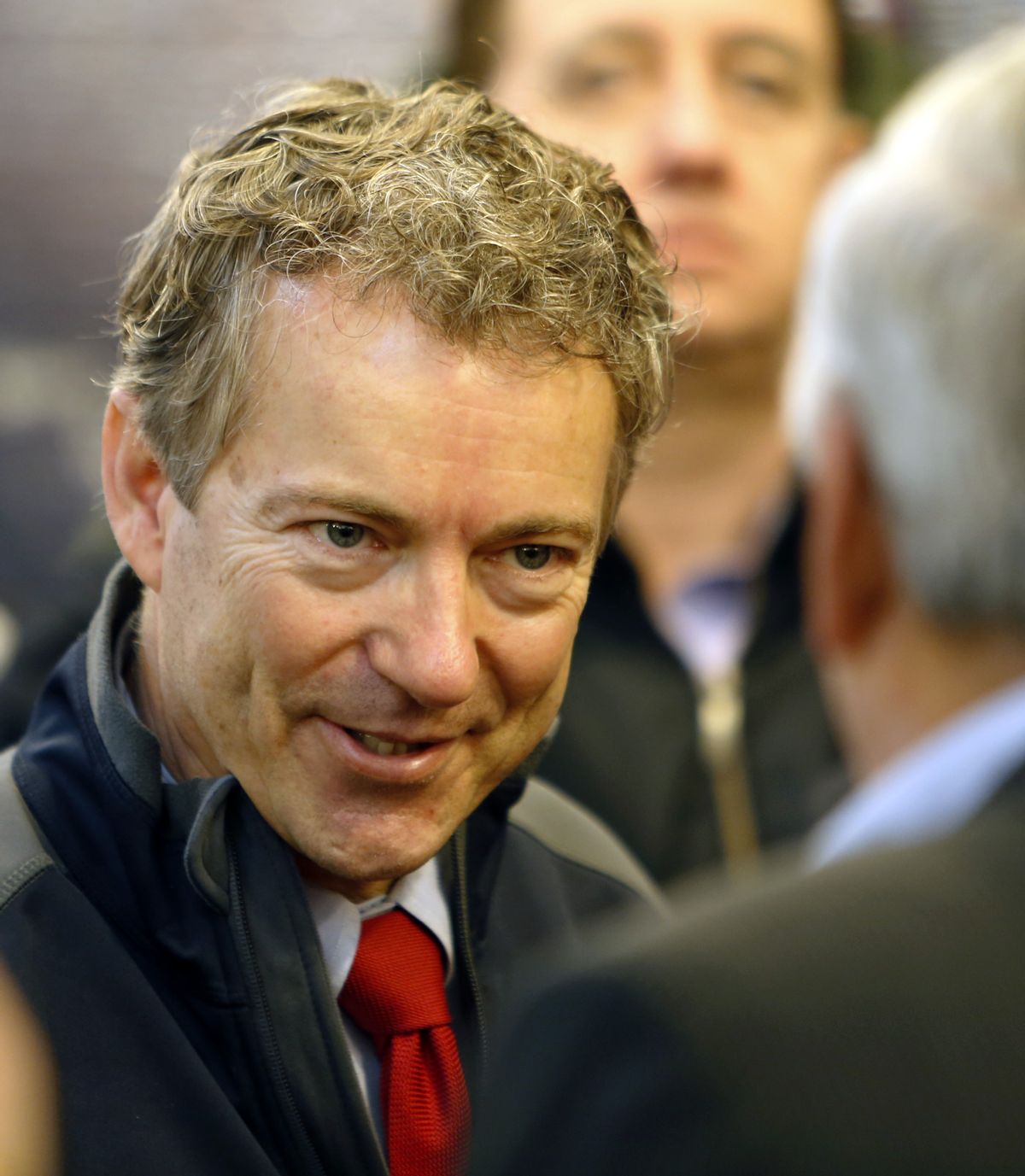 Sen. Rand Paul, an ophthalmologist, is the latest 2016 hopeful to weigh in on whether or not vaccinations should be mandatory for children in the United States. On Monday, Paul stated that while he feels vaccines are "a good thing," they should be "voluntary," and parents "should have some input" in their child's  inoculations.

"I have heard of many tragic cases of walking, talking normal children who wound up with profound mental disorders after vaccines," he continued in an interview with CNBC.

He later clarified his remarks to skew more pro-science: "I did not say vaccines caused disorders, just that they were temporally related," he said in a statement on Tuesday. "I did not allege causation. I support vaccines, I receive them myself and I had all my children vaccinated."

Still, Paul has a history of associating with anti-vaxxers. According to the New York Times (first reported in 2011), the Senator was a member of the Association of American Physicians and Surgeons (AAPS), an organization that openly questions established science, for over two decades.

The New York Times' Jeremy W. Peters and Barry Meier have the story:

Dr. Jane Orient, the executive director of AAPS, which is based in Tucson, said that she believed that the science behind vaccination risks was far from settled and that hundreds of parents had reported that their children had severe deficits after an inoculation...

The AAPS stance on childhood vaccines is not its only controversial one. Its periodical, Journal of the American Physicians and Surgeons, has published reports suggesting a link between abortions and higher rates of breast cancer, a tie rejected by an expert panel of the National Cancer Institute. Another report contended that illegal immigrants brought disease into this country and benefited if their babies were born with disabilities.

While Paul's membership expired upon being elected to Congress, he has spoken at a number of AAPS conferences (most recently in 2012), and also received campaign contributions as recently as 2010.