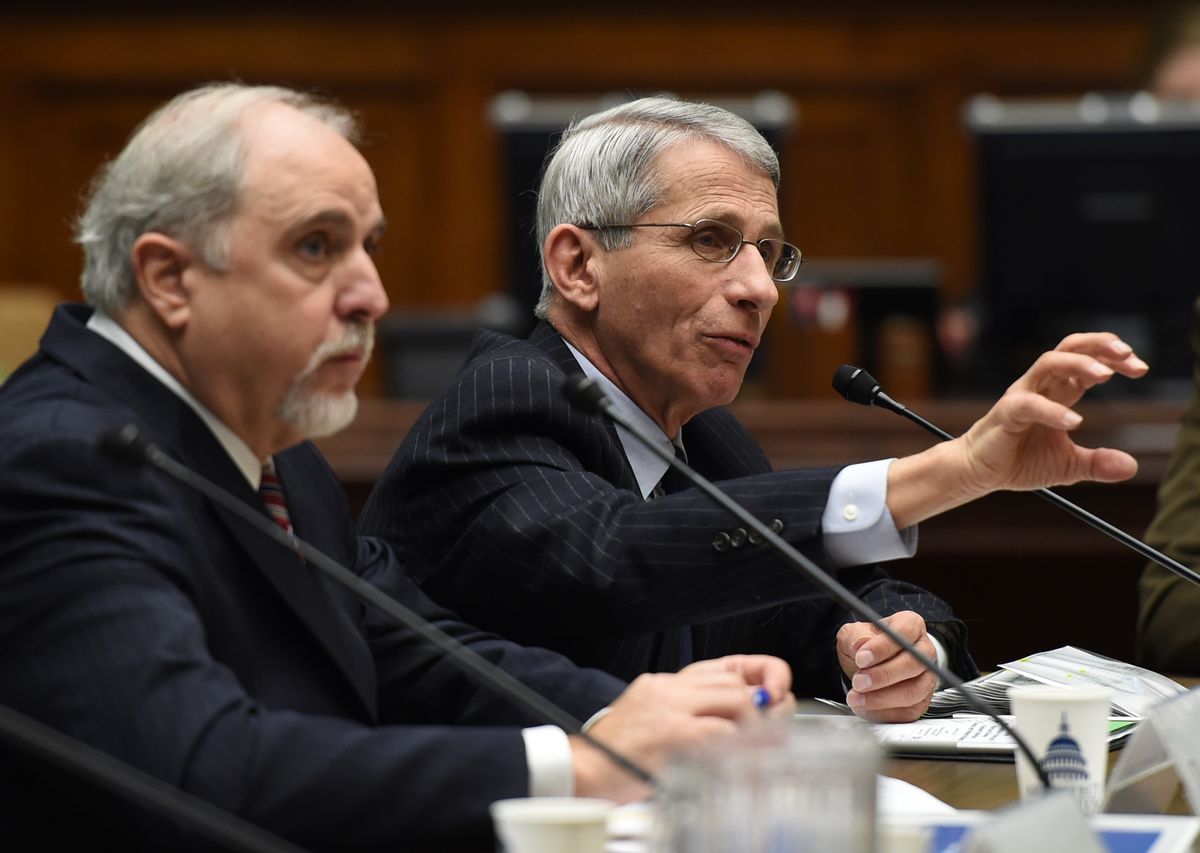 WASHINGTON (AP) — For a pair of first-time presidential hopefuls, the sudden injection of the childhood vaccine debate into the 2016 campaign is a lesson in how unexpected issues can become stumbling blocks. Long-held positions can look different under the glare of the national spotlight.

New Jersey Gov. Chris Christie and Kentucky Sen. Rand Paul, both weighing bids for the GOP presidential nomination, struggled this week to articulate their views on the emotionally charged vaccination controversy. The matter has taken on new resonance amid a frightening measles outbreak that has sickened more than 100 people across the U.S. and in Mexico.

Paul pushed back on criticism of his initial assertion that he was aware of "many tragic cases of walking, talking, normal children who wound up with profound mental disorders after vaccines." He issued a statement Tuesday denying immunizations cause disorders, saying they were just "temporally related." He also posted a photo on Twitter of himself getting a booster for a vaccine.

Christie, in the midst of a three-day trip to the United Kingdom, took a different approach, canceling plans to speak to reporters Tuesday after his comments a day earlier caused a stir.

"Is there something you don't understand about 'No questions'?" Christie snapped at reporters Tuesday.

The measles outbreak has revived the discussion about parents who choose not to vaccinate their children, some out of fear that vaccines can lead to autism and developmental disorders — a claim that has been vigorously debunked by medical researchers.

It's unclear whether the vaccine issue will have a long shelf life in a White House campaign that is only just beginning. But the ways prospective candidates handle unanticipated issues can help determine whether those subjects blow over or become nagging distractions that contenders can't shake.

"Every day you want to go out with a message to voters, and every day there are a dozen trapdoors you don't want to fall into," said Robert Gibbs, a top adviser for both of Barack Obama's presidential campaigns. "If you look at Chris Christie and Rand Paul, they fell into the trapdoors yesterday."

Christie's and Paul's assertions that parents should have some choice in basic vaccinations have put other potential 2016 contenders on the spot on a topic that was largely absent from political discussions until this week and does not break down along party lines.

Several potential GOP candidates voiced their support for vaccines Tuesday. Sen. Marco Rubio of Florida said there was "absolutely no medical science or data that links vaccination to autism." Louisiana Gov. Bobby Jindal said it was "irresponsible for leaders to undermine the public's confidence in vaccinations that have been tested and proven to protect public health." And Wisconsin Gov. Scott Walker's office said he encouraged parents to have their children vaccinated as he had.

Likely Democratic candidate Hillary Rodham Clinton took to Twitter, saying: "The science is clear: The earth is round, the sky is blue, and (hashtag)vaccineswork. Let's protect all our kids."

During the 2008 presidential campaign, both Clinton and Obama had left open the possibility of a link between vaccines and autism, saying more research was needed on the matter. But like Clinton, Obama urged parents this week to get their children vaccinated and said the science on the benefits was "indisputable."

White House spokesman Josh Earnest defended Obama's shift, saying his earlier comments came before a medical study that drew a connection between autism and vaccines was retracted in 2010.

For Christie, the timing of the vaccine row could be particularly problematic. The New Jersey governor is in a battle with former Florida Gov. Jeb Bush for the party's high-dollar, establishment donors. And his comments on vaccinations have distracted from his efforts to burnish his foreign policy credentials and build relationships with world leaders during his visit to Britain.

When asked about the measles outbreak Monday, Christie said he and his wife had vaccinated their own children and he believes doing so is important to public health but "parents need to have some measure of choice in things as well."

Christie's comments were largely in line with his previous statements. During his first campaign for governor in 2009, he pledged to fight for greater parental involvement in vaccination decisions.

But given both the measles outbreak and Christie's exploration of a presidential campaign, the governor's comments brought attention. His office later emphasized that he backed vaccinations for diseases such as measles.

Paul, a libertarian-leaning eye doctor who has long argued against government interference in Americans' lives, said Monday that he had heard of cases where children developed disorders after receiving vaccines and that parents "should have some input." His comments were followed by a clarifying statement from his office, which said the Kentucky senator believes vaccines have saved lives and should be administered to children.

A Pew Research Center survey conducted in August found that 68 percent of Americans think vaccination should be required for all children, while 30 percent think parents should be allowed to decide.