Zacarias Moussaoui was convicted for his role in the Sept. 11 attacks. Now he's speaking - but should we listen? 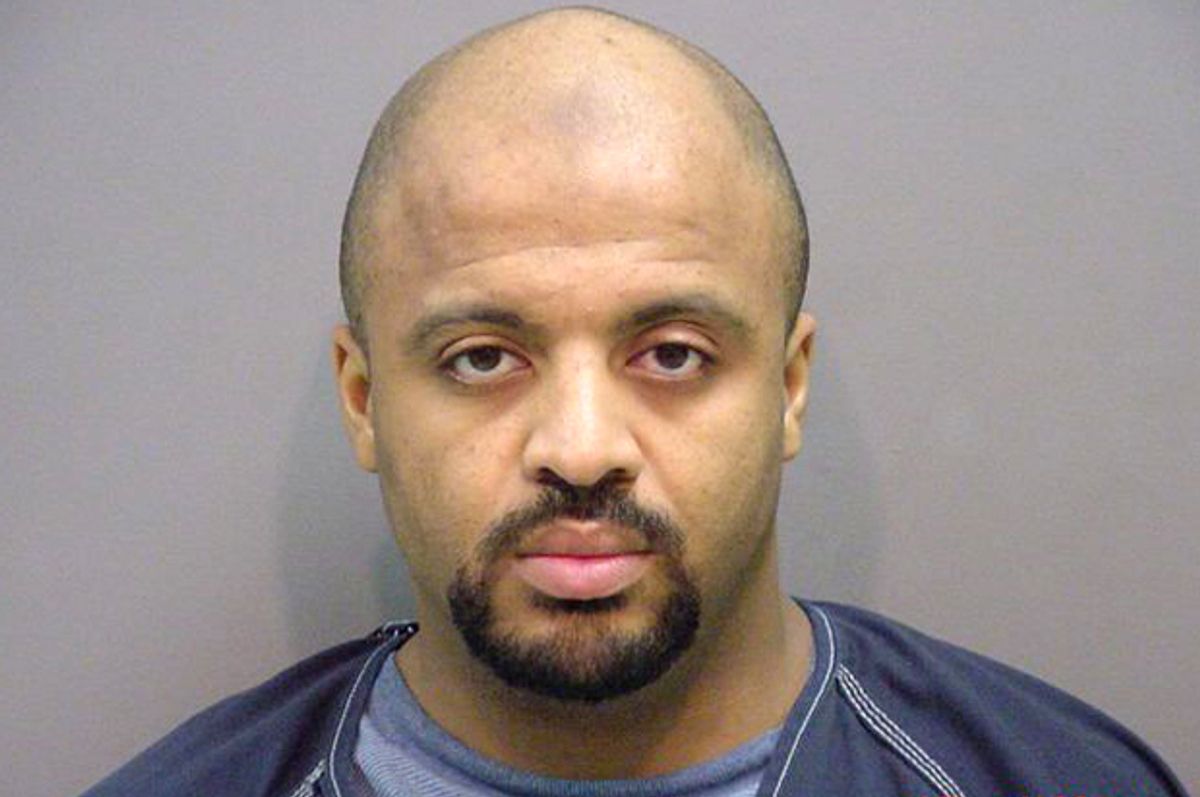 In an unprecedented prison deposition just unsealed without redactions, convicted 9/11 conspirator Zacarias Moussaoui, 46, who is serving a life sentence without the possibility of parole, elaborates on his extraordinary claims about the funding of al Qaeda before it carried out America’s worst terrorist attack.  His claims implicating the Saudi royal family go beyond the unsolicited motions Moussaoui sent last year to a handful of federal courthouses, which I first reported on last December for Salon.

Here are the headlines from the 84 pages of transcripts of a 2-hour-and-40 minute deposition conducted 15 weeks ago by attorneys representing 9/11 families who have been suing Saudi Arabia for more than a decade:

Moussaoui, a French national of Moroccan heritage, pleaded guilty in 2005 to participating in al Qaeda’s global conspiracy to kill Americans, but has refused all government invitations to talk during his 13 years incarcerated in the U.S., even after a Virginia jury spared him the death penalty in 2006.  He finally dished to five 9/11 families’ attorneys who arranged to visit Moussaoui at the nation’s “supermax” prison in Florence, Colorado, last October. After the Justice Department cleared the transcript, the plaintiffs filed it Tuesday in Manhattan federal court with papers arguing why their lawsuit should not be dismissed.

“I swear by Allah that everything I say until the end of this testimony will be true,” Moussaoui began, with an oath of his own invention.  “May Allah curse the liar.”

The key to the story, Moussaoui explained, is after he joined al Qaeda in 1998, armed with a business degree he earned in London, the group’s military commander, Mohamed Atef, asked him to create a computerized database of al Qaeda’s financial donors.   Moussaoui said he entered data from bank documents on a Toshiba computer at a safe house in Kandahar, the stronghold of the ruling Taliban regime that gave al Qaeda safe harbor.   Moussaoui said he worked on the project for two to three months with Atef and another senior leader known as Shaykh Saed, who is listed as the #4 member of al Qaeda in a membership list unveiled in an ongoing terrorism trial in New York.

“Shaykh Osama wanted to keep a record who give money,” Moussaoui said in his deposition, “who is to be listened to or who contribute to -- to the jihad.”

Moussaoui said financial documents showed monies coming from Saudi princes Turki, Bandar, Waleed, Abdullah, and Turki’s wife, Haifa.  (In his earlier 2014 court filings, Moussaoui claimed in between his flight training sojourns he met Turki and Haifa in the U.S. in 2001 and received thousands of dollars from her in Texas).

Moussaoui named late Saudi billionaire Khalid bin Mahfouz and the National Commercial Bank he ran as a funding source, as well as the Riyadh-based Al Rajhi Bank and the Dubai-based Standard Chartered Bank. Moussaoui also pointed to the Saudi Muslim clergy, or ulema, as funding source, as well as Muslim charities with offices in Pakistan, including the International Islamic Relief Organization, the Muslim World League, and the Al-Haramain Islamic Foundation.

Moussaoui disputed the common understanding that the bin Laden family, wealthy from its construction business, had disowned their rogue son.

“A complete lie.  An -- an absolute lie,” Moussaoui said. “Shaykh Osama give me the name and the e-mail and the telephone number of his brother in the United State[s].”

Moussaoui said bin Laden’s beef in the 1990s was with former Saudi King Fahd – who expelled bin Laden and stripped him of citizenship -- but not the princes, who allegedly gave to al Qaeda.  Moussaoui said, “It was crucial. I mean, without the money of the -- of the Saudi you will have nothing, I mean, that you would have like a Kalashnikov.”

Moussaoui went so far as to allege Saudi Prince Turki assisted operatives with a well-known piece of al Qaeda tradecraft -- replacing passports with stamps revealing previous travel to Afghanistan and Pakistan.  “Shaykh Osama told me that if I had been Saudi, Turki will have renew my passport, and, so, I knew that most of the 19 hijackers had their passport renewed by Turki with the help of them,” Moussaoui said in the deposition.  15 of the 19 hijackers on 9/11 were Saudi.

Were all the donations to arm al Qaeda?  Not exactly, according to Moussaoui.  He says he spent $1,000 a week shopping to feed the recruits at the Hajji Habash guesthouse in Kandahar, which the U.S. military has described a transit and administration point for new recruits.

“I used to go to the market once a week, okay, to buy all thing for the shop, okay, and also buy all the food,” Moussaoui said.  “In 2000, they probably have in the guest house more than 200 people at the time.”  Moussaoui said donor money paid for cleaning, plumbing, electrical work, and a health clinic.

In the last section of his prison deposition, Moussaoui describes a plot to attack the U.S. embassy in London with an ammonium nitrate truck bomb and a team including himself and fellow UK resident Richard Reid.  Moussaoui said bin Laden and Atef cancelled the attack.  Reid instead tried and failed to blow up a US-bound airliner with explosives in his shoes, for which he remains unrepentant.

A more fanciful claim by Moussaoui is that in 2001 Atef intended to accompany him to Washington, D.C., to shoot down Air Force One with a shoulder-fired Stinger missile.  “I was supposed to go to Washington and to go with him to find -- to see a location -- to find a location where it may be a -- suitable to launch a Stinger attack and, then, after be able to escape,” Moussaoui said. “That was the idea who was not put into action, because I was the -- I was arrested before going to Washington.”   At the time, Atef was under indictment with his face on the FBI’s most wanted list.

It is easy to dismiss all of Moussaoui’s claims as the unsubstantiated rants of an isolated inmate, craving attention, possibly mentally unstable, with axes to grind and dreams of a reduced sentence.   The Saudi embassy in Washington calls Moussaoui “a deranged criminal…whose words have no credibility.”

His tales are improbable and on many levels impossible to prove.  For example, where is the donor list?   Did investigators ever find one among the tons of documents and computer hard drives extracted from al Qaeda safe houses in Afghanistan and Pakistan?   Are there flight records for his covert trips to Saudi Arabia?

U.S. District Judge Leonie Brinkema, who presided over Moussaoui’s trial in Alexandria Virginia, considered him smart and mentally competent, but she has not seen him after eight years of 23-hour-a-day lockdown in America’s harshest prison. Remember, the judge stripped Moussaoui of his right to self-representation for his writing volumes of frivolous motions not unlike the court papers that got this ball rolling.

The attorneys who attended the deposition have told me they found Moussaoui articulate, lucid, and sane.  “It was a conversation.  There were no overt signs of any difficulties, other than language,” said attorney Jerry Goldman, referring to Moussaoui’s imperfect English as a second language.  The only hurdles were “linguistic, not psychological,” he said.

These attorneys want to believe Moussaoui is credible, because his story of Saudis bankrolling al Qaeda fits into their narrative.  The purported al Qaeda donor database would be their holy grail.

“Many of these allegations are consistent with the materials we have,” Goldman said. “We were hearing things that ring true.”  They intend to go back to Florence and hear more.

A common misinterpretation of the 9/11 Commission report is that it exonerated Saudi Arabia, its agents, and charities.  In support of the plaintiffs, commissioners John Lehman and Bob Kerrey say that’s not true; there wasn’t enough time before their July 2004 deadline to settle the issue, particularly regarding help Saudi citizens living in California gave the first 9/11 hijackers to arrive in the U.S., Nawaf al-Hazmi and Khalid al-Mihdhar.

Lehman, a former Navy Secretary under Ronald Reagan, and Kerrey, a former U.S. Senator and Vietnam veteran, join former Senate Intelligence Committee Chairman Bob Graham in calling for the declassification and release of 28 sealed pages about Saudi Arabia in the 832-page report by the Congressional Joint Inquiry of 9/11 co-chaired by Graham.

“As a member of the 9/11 Commission, I personally read the 28 classified pages of the report,” Lehman said in a written affirmation.  “Disclosure,” he continued, “would greatly assist policymakers and the public in understanding many of the threats that we now confront.”

Graham went further, writing, “I am convinced that there was [a] direct line between at least some of the terrorists who carried out the September 11th attacks and the government of Saudi Arabia.”

But even if, as Kerrey wrote, “significant questions remain” about "possible involvement of Saudi government institutions and actors” in 9/11 and funding al Qaeda, that does not mean Moussaoui can be relied upon for any answers.

Phil Hirschkorn has covered presidential politics and attended conventions since 1992. He was a political science major at Duke University.