Is too much running really bad for your health? 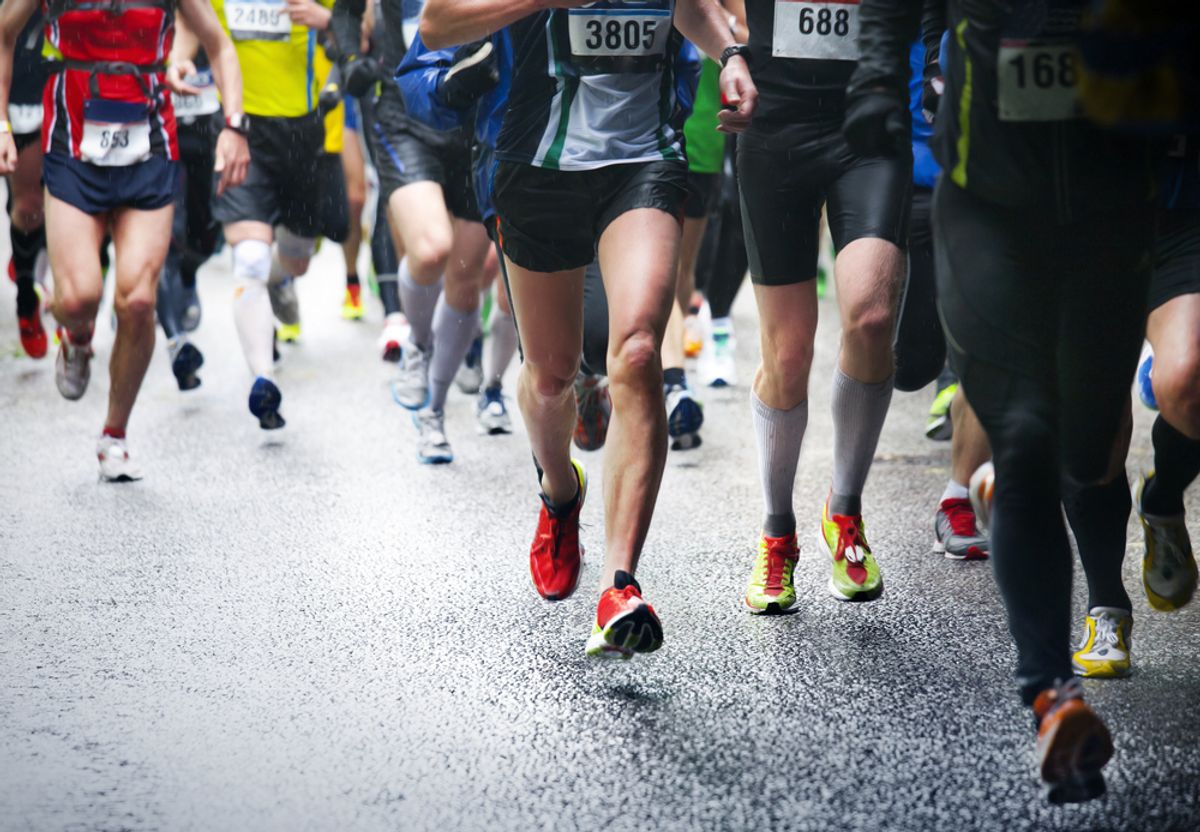 On Tuesday, a number of publications reported the results of a new study published in the Journal of the American College of Cardiology. The magnificent, vindicating study had found that people who run more than four hours a week were as likely to die prematurely as people who didn't run at all!

The researchers examined data from 1,098 male and female joggers and 3,950 people who didn't exercise at all and compared their lifespans over a period of years.

The New York Times' Gretchen Reynolds reported on the findings:

The ideal amount of jogging for prolonged life, this nuanced analysis showed, was between 1 hour and 2.4 hours each week. And the ideal pace was slow. (The researchers do not specify exact paces in their study, using instead the broad categories of slow, average, and fast running, based on the volunteers’ self-reported usual pace.)

Plodding joggers tended to live longer than those who were faster. And in fact, the people who jogged the most frequently and at the fastest pace — who were, in effect, runners rather than joggers — did not enjoy much benefit in terms of mortality. In fact, their lifespans tended to be about the same as among people who did not exercise at all.

So, news outlets collectively flipped out, proclaiming that you really can run too much and we were lazy and it's okay!

Not actually. First of all, the researchers only studied about 80 intense runners, so there was not a large enough portion to be statistically relevant. Second, the researchers did not clarify why the participants in the study actually died.

"I would be careful of making any sweeping conclusions based on this one study that does not show cause and effect," said Dr. Carol Garber, President of the American College of Sports Medicine in an email. "In this study, only men who were heavy joggers had a significantly higher risk of death due to heart disease. Other disease-specific causes of death were not significantly elevated." She theorized that the deaths could be due to mental health problems or damage of the heart among the intense runners, although she clarified that none of the studies indicating the aforementioned studies are definitive.

So, basically, the study's findings aren't an excuse to be lazy. Go run a mile, even if you're crying the whole way.