The gang's (nearly) all here! 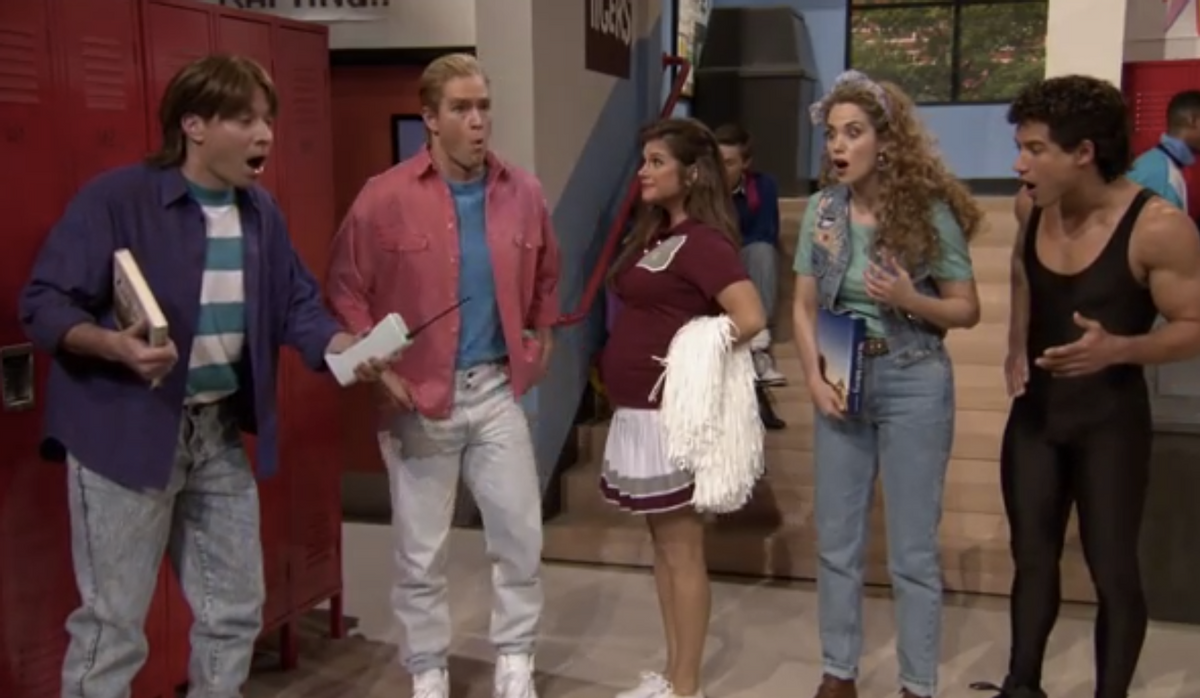 In the skit, Fallon played a new student who was New York bound with dreams of being on "SNL." But it was the "Saved by the Bell" characters who stole the show. Get ready for some serious '90s nostalgia: