Jodie Foster on women in film: "TV is where the story is now" 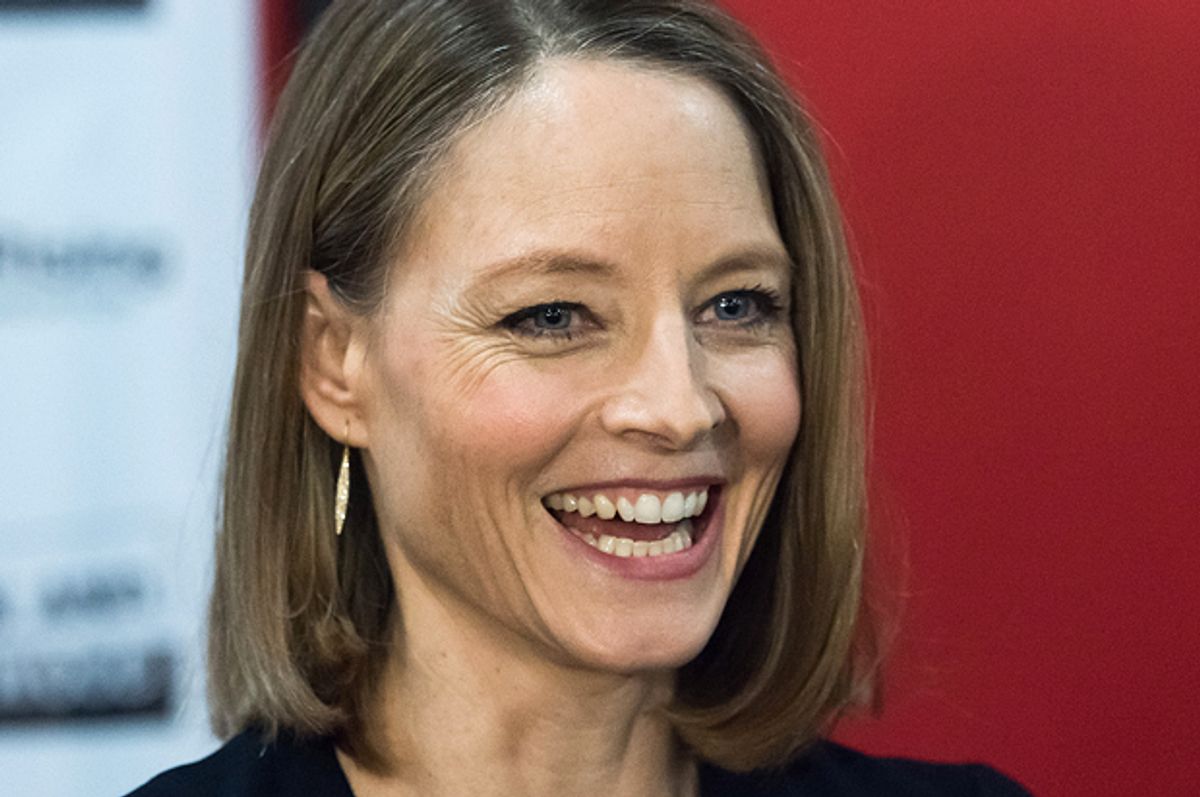 On Thursday night, actress and director Jodie Foster received the Athena Film Festival’s Laura Ziskin lifetime achievement award, which honors exemplary female leadership in the film industry. At the awards ceremony at New York’s all-female Barnard College, Foster spoke about the strides that women have made over the course of her lifetime. While her remarks didn't have quite the razzamatazz of her memorable 2013 Oscar acceptance speech, she spoke movingly about coming of age in a male-dominated industry.

"When I was growing up in the film business, I never saw a woman's face,” she said. "Sometimes it would be a lady who played my mom. Occasionally, it would be a makeup artist, but most often it would really just be me and the script supervisor. Little by little, as time went on, a few female faces came onto crews, and it changed everything…Men [who were my] fathers and brothers, little by little, women came into their world and suddenly the family was a more realistic family.” Foster also name-checked female executives like Sherry Lansing, Laura Ziskin and the recently-ousted Amy Pascal for serving as leaders behind the scenes.

"There I was a young girl wanting to be a director and never seeing a female director's face. I thought it was something… that I would never be allowed to do,” said Foster. But after attending festival as a young girl devoted to Italian director Lina Wertmüller, Foster said she realized being a female director was possible: "because there was one out there, and that was a life-changing moment for me.”

Before the ceremony began, Foster spoke on the red carpet about the lack of female directors behind major Hollywood films. "I feel like it’s not a plot. I don't think everybody sat down and said "let’s not include women." I think it’s like an unconscious psychology and a fear about what would happen if someone that doesn't look like you or someone thats untried and is a risk — and I don’t know why we’re a risk, I don’t feel very risky, but apparently we’re risky.”

Asked briefly about remarks that Russell Crowe made this fall that actresses should stop complaining and start acting their age, Foster laughed. “Is that what he said? That’s funny. He gets misquoted a lot,” she said. “I think Russell Crowe shouldn't be talking about women, that's what I think.”

Foster also spoke with Salon about why there seem to be so many more opportunities for women in TV than on film. While Foster is currently shooting a movie, "Money Monster," with George Clooney and Julia Roberts, she has turned her attention to TV as of late, directing two major Netflix properties, "House of Cards" and "Orange is the New Black," and receiving an Emmy nomination for the latter.

"That's where story is now," said Foster. "We’re coming to an interesting time now where the studios, with the global economy, their directive now is to create franchise content and that's what their whole business is about right now, and maybe there's a narrative movie that's in there plugged in a little bit, maybe there's a few comedies, but honestly, their job is to make franchise films. So because there is very little support in the lower ranges, it means that story is going to cable and to TV and I think eventually that's where it will be."