"Christie's comfort with corruption is probably going to come back and bite him..." 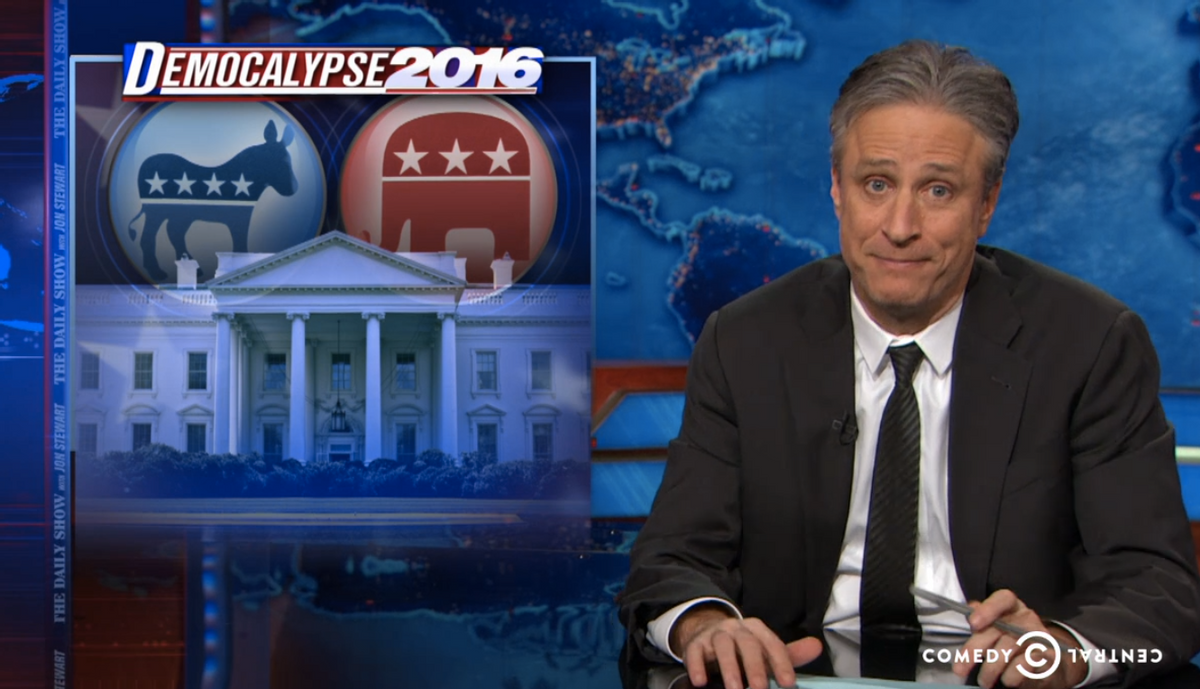 Jon Stewart took a gander at potential 2016 candidates, on Thursday night's "The Daily Show." What he found is that the GOP has a much wider field -- with a range of candidates jockeying for position now that Mitt is out of the running.

If voters are looking for another establishment governor from the northeast, they don't have to look any further than the cheesesteak loving everyman, Chris Christie. Except the Governor has taken some fancy trips at the expense of others -- after he himself made it legal.

"Christie's comfort with corruption is probably going to come back and bite him," Stewart comments. "So there's still a presidential nomination opening available." Watch below: