"Scout is a lesbian": Some modest theories on what Harper Lee's "To Kill a Mockingbird" follow-up will hold

Lee's long-awaited second novel is coming, like it or not. We speculate on the future lives of 4 iconic characters 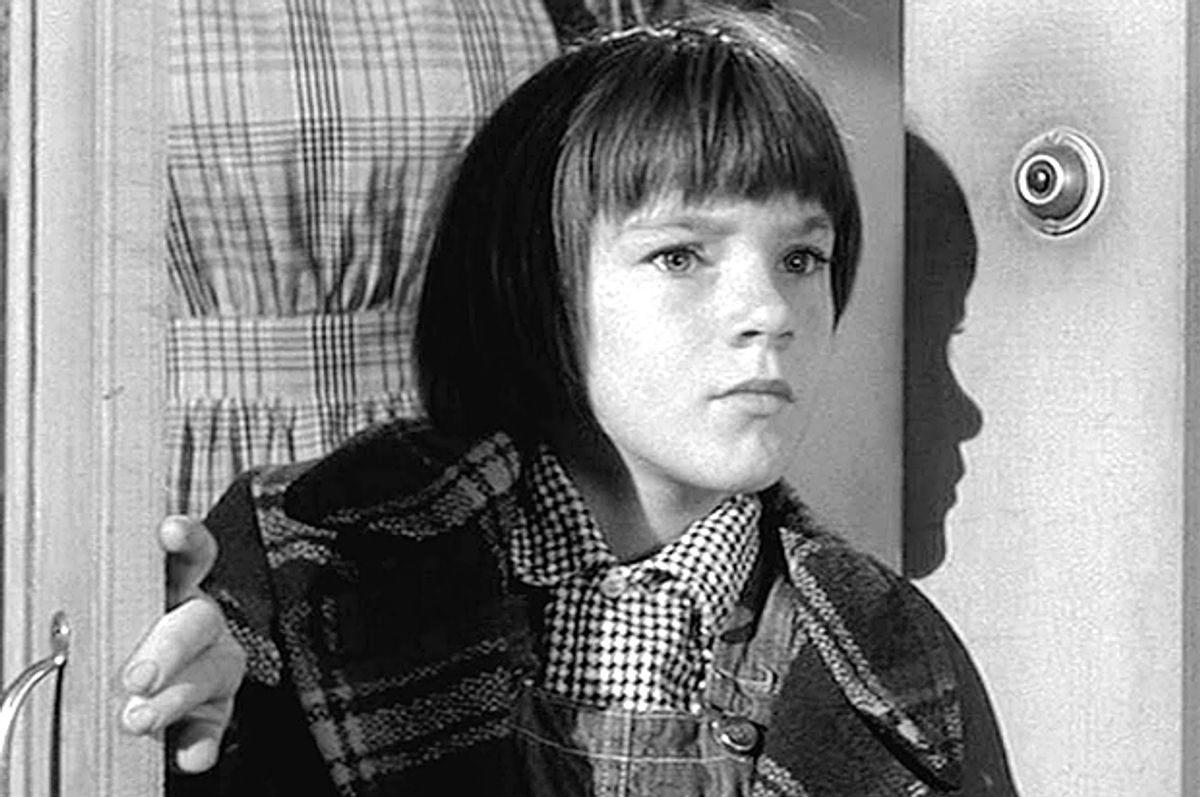 Earlier this week, I cried. I cried because my freshmen students and I read the fifteenth chapter of "To Kill a Mockingbird."  It’s the chapter where Atticus, armed with a simple chair, goes to sit in front of the courthouse in order to protect the unjustly accused Tom Robinson from a lynch mob. Before long, Atticus is joined by the book’s three main children, the defiant Jem, the naive Scout, and the uncharacteristically-quiet Dill. And, somehow, these four gentle souls turn a mob of angry, drunk, racist men away into the night.

I would argue it’s the most beautiful scene in all of literature -- a beautiful depiction of bravery, of pacifism, of selflessness, of kindness, of compassion.  And I simply can’t read something that beautiful without tearing up. Over the past few years, I’ve taught "To Kill a Mockingbird" to hundreds of students.  And I’ve yet to make it through this chapter without weeping. That’s the power of Harper Lee’s classic novel.  It moves me, just as it has moved millions of others.  It moves us not just to tears and to laughter, but to action and to a pursuit of justice. Few other books can make such a claim.

During the 55 years since the book’s publication, the future of the Finch family and of the rest of Maycomb has been a wrapped gift, one that we were told would never actually be opened. What happened to Scout and Atticus and Jem? Did Boo Radley ever venture out of his house again?  These were questions we thought would never be answered. So we, the Harper Lee fanatics of the world, were forced into the childish antics of a child on Christmas Eve.  We shook the gift and we measured its parameters and we calculated its weight and we speculated as to its contents, all the while lamenting the fact that we would never be able to open it.

That’s why I was so excited this week when I heard that Harper Lee was ready to share more of her beloved Maycomb.  This summer, we will finally be able to open this long-anticipated gift. After so many years of speculation, the gift will have a hard time living up to all our speculation.  A closed box, after all, is a thing of infinite mystery.  And an open box is, well, no longer infinite.

In other words, we have just a few more months to guess, to speculate, to wonder before "Go Set a Watchman" is published and all our theorizing comes to naught. So, like a child about to peel off the wrapping paper, let me offer my final guesses as to the content of Harper Lee’s long-sealed gift.

Scout is a lesbian
I know some people would rather see Scout and Dill end up married with children (all of whom arrived through the chimney, of course). But I’m not sure that’s what Harper Lee has in store. Throughout "To Kill a Mockingbird," Harper Lee uses Scout, a tomboy who despises dresses and the indoors, to challenge the gender conventions of her day.  At one point, Scout’s younger self even scoffs at her Aunt Alexandra for assuming that she’ll be interested in boys.  In her first book, Harper Lee took on racial discrimination. Might her second book be an account of sexual discrimination? I’ve got my fingers crossed.

Jem is a high school teacher
It’s ironic how much my fellow teachers and I love "To Kill a Mockingbird," because "To Kill a Mockingbird" sure doesn’t love us back. Especially in the book’s early chapters, Scout’s critiques of the educational system are scathing. But teachers aren’t the bane of Jem’s existence, as they are for Scout. In fact, Jem repeatedly mentions how much he loves what he learns in school, defending the well-intentioned but incompetent Miss Caroline and eagerly sharing what he learns with his younger sister. Personally, I think that these traits would make Jem a wonderful teacher. Heck, he might even end up coaching the high school football team.

Zeebo joins the Civil Rights movement
Remember Zeebo? He’s a small character in "To Kill a Mockingbird," but I’d like to see him become a bigger part of "Go Set a Watchman." Zeebo is one of the only members of Maycomb’s black community that can read, having been taught to read by his mother Calpurnia, the Finches’ beloved cook. Growing up, Zeebo didn’t have access to a primer, so Calpurnia used a Bible instead. In my mind, I’ve imagined that Zeebo’s education and faith empowered him to join the Civil Rights movement.  If I’m right, this means that "Go Set A Watchman" would further the themes of racism and justice that are presented so unforgettably in "To Kill a Mockingbird."

Mayella Ewell is befriended by Miss Maudie
Every year, my students tell me that the Ewells are the only people in Maycomb for whom they don’t feel the least bit of sympathy. From the moment Burris squeezes the cootie between his fingers to the moment Bob dies from a knife in his chest, the Ewells are despicable. But this understanding of the Ewells contradicts one of the book’s key Atticus-isms, that it is impossible to really understand a person until you walk around in their shoes. How can this happen for the Ewells?  Well, one of the few humanizing aspects of Mayella Ewell is that she likes to garden. Might she and Maycomb’s other garden lover end up being friends? Surely, once Scout has grown up and moved away, Miss Maudie will need someone with whom to sit on her front porch. Because everyone in Maycomb knows she’s not going to spend any more time indoors than she absolutely has to.