The Clinton campaign can delay its "official" start all it wants. But the media can treat her as a candidate, now 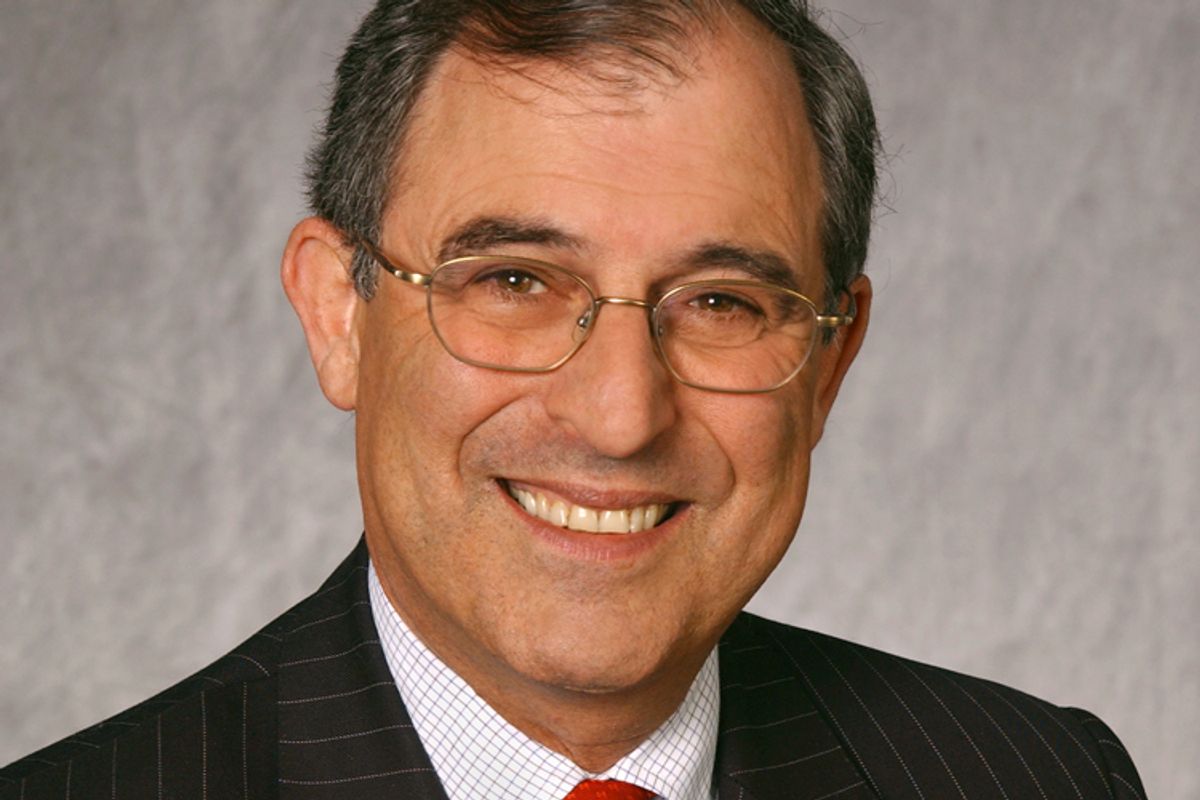 Lanny Davis, hilariously indiscreet PR agent to various deep-pocketed awful people, is out with a brand new column that three (3) different news outlets somehow considered worthy of publication. It is about Hillary Clinton, with whom he has a dear, decades-long, close, ironclad relationship, a disclosure that he's always happy to share, typically at length and accompanied by a story from the good old days at Yale Law School.

Davis makes the case that people in the media who are complaining about Clinton considering pushing back her official campaign announcement until the summer should pipe down. The American people don't want the campaign to start now, for heaven's sake. To demonstrate this he chooses the rigidly peer-reviewed metric of Google "hits (whatever that means)." It means "results," Lanny, as you obviously know from deploying these figures in this context.

He claims that pundits and reporters are furious at the Clinton delay because it offers them a narrower timeframe to trash Hillary Clinton.

For the media, this is a crisis of major proportions. If Secretary Clinton waits months and months to decide, just imagine all the loss of expense-account paid campaign trips, front-page column inches, breathless "just breaking" cable news 24/7 reports, "gotcha" moments. Imagine media's impatience to write the stories with headlines already written, waiting to be published when and if Hillary announces: "Hillary's Rusty," "More Hillary Gaffes," "Boring Hillary Front-Runner Campaign" and — the one we know is coming, must be coming, not whether but when: "Hillary Clinton Wins By Less Than Expected; Campaign in Disarray."

No doubt, there are media figures who would prefer the Hillary Clinton campaign to officially get underway now, because there would be more events to cover. To say that "the media" considers Clinton's delay a "crisis of major proportions," a heretical and unacceptable move, though, is inaccurate. There's more than enough fun to be had covering the Republicans. If anything, the real disappointment that I, at least, picked up from fellow members of the media was more meta: that it's sad how "EXCLUSIVE: Hillary Clinton may start campaign a few months later" counts as the biggest news of the year thus far regarding the 2016 Democratic presidential nomination process. It's thrill-a-minute on the Republican side, where 773 candidates are running and jockeying for position on issues ranging from foreign policy to the political theory behind mandatory vaccinations. Meanwhile, on the Democratic side: Hillary Clinton may wait another few months to start her campaign, because she can.

What really don't carry water, though, are Davis' perfunctory mentions of how Hillary Clinton may not run, hasn't made up her mind yet. "When and if Hillary announces." "I don't know whether, or when, Clinton will announce for president. I really don't." "When and if she runs, she will work very hard." "This is the kind of campaign she will run — if she runs." It's an important PR move for the Clinton team, and confidants like her dear, dear friend from Yale Law School, to maintain this superficial impression that she hasn't really made up her mind yet, and she won't until her official announcement. It takes the pressure off to respond to each and every little thing, to make all the necessary campaign appearances, and so forth.

That Clinton is considering delaying the official start of her campaign is nothing more than a tactical move by the Hillary Clinton presidential campaign. It is described as such by the sources in Mike Allen's story, and Davis himself essentially gives this away by describing the tactical advantages Hillary Clinton enjoys by delaying -- something she's only allowed to do because she faces no serious primary competition.

Ms. Palmieri has close working relationships with John D. Podesta, who is expected to serve as the campaign chairman, and Leon E. Panetta, the former secretary of defense who is close to Mrs. Clinton.

Given the transformed media landscape, Ms. Palmieri is expected to have a team that will include other senior press aides. Brian Fallon, currently at the Justice Department, is expected to potentially handle rapid response, and Karen Finney, a longtime Democratic operative and MSNBC regular, could serve as a press secretary.

Tapping Ms. Palmieri rounds out a team of senior advisers who could lead Clinton’s campaign, including Joel Benenson and Jim Margolis who both worked on President Obama’s presidential campaigns. Robby Mook, who managed Terry McAuliffe’s successful campaign for governor of Virginia, is expected to be campaign manager.

Hillary Clinton and her confidantes are welcome to play whatever head games they think they can get away with. If there's space for them to delay the official start of the campaign, obviously it's in their interest to do that. But she's a candidate, now, doing candidate things, and the media needn't bother pretending otherwise, even if that might annoy Lanny Davis.