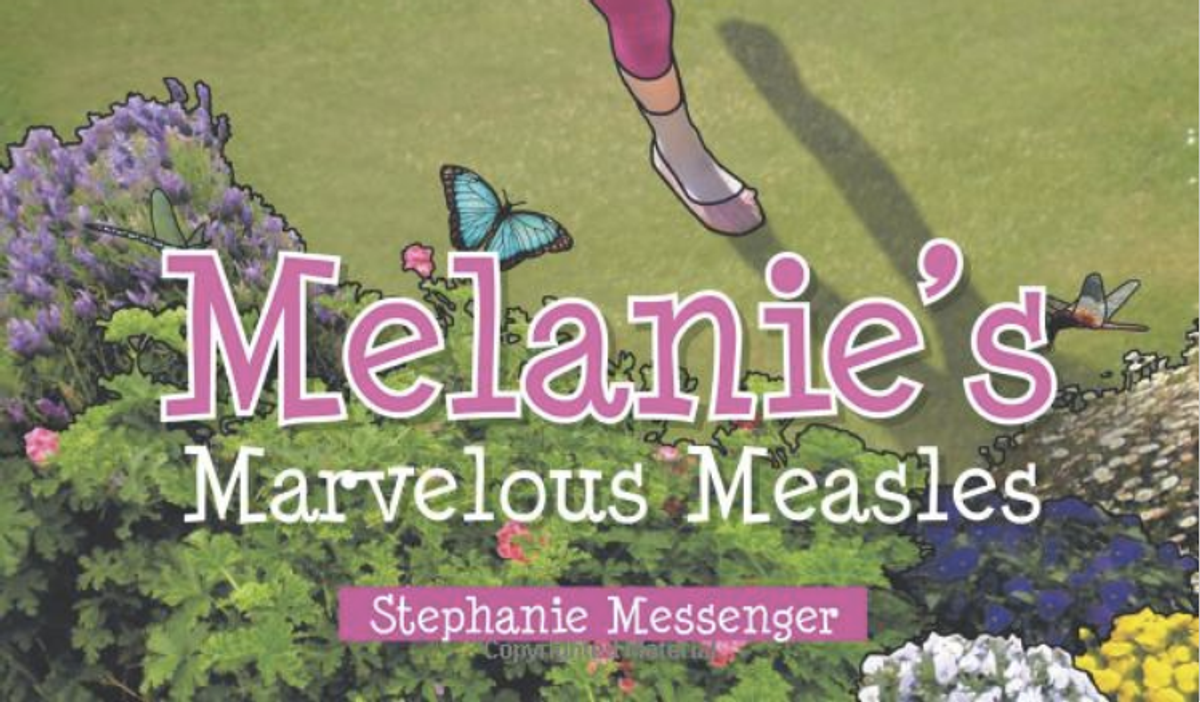 In 2012, a proactive Australian anti-vaxxer named Stephanie Messenger self-published a children's book called "Melanie's Marvelous Measles." With the book, Messenger endeavored to "educate children on the benefits of having measles and how you can heal from them naturally and successfully." The book's illustrated cover features a girl frolicking in a meadow with her stomach exposed, revealing a number of measles pocks all over her body. The whole thing is truly grotesque -- so much so, that Amazon has put a disclaimer on the book's description, noting that it is "provided by the publisher/author of this title and presents the subjective opinions of the publisher/author, which may not be substantiated."

The book is made all the more relevant, now that a massive measles outbreak (due to the steadily growing vaccine "trutherism" movement) has infected more than 100 people in 15 states, including five babies at a Chicago daycare center.

So, the Internet is doing what the Internet does best: trolling the hell out of Messenger's deeply flawed book through Amazon comments. Here are some of the best:

"Don't overlook the lesser known Dr. Seuss books in this series - 'Horton hears an air raid siren', 'Oh the places you'll itch', 'How the Grinch caught Chlamydia', 'And to Think That I Contracted It on Mulberry Street', 'Skull Fracture Mayzie', 'Hop on your remaining foot', 'The 500 days in ICU of Bartholomew Cubbins', and 'If I Ran the Mortuary.'" --Nathaniel E. Parkinson II

"This book has been a wonderful distraction while I sit in the hospital to support my friend whose baby has this delightful disease. Since the child now has both pneumonia and encephalitis, I'll have to check out the additional titles mentioned in Michael J. Gulgoski's wonderful review. We're going to be here a while. Unfortunately, I had to give this only one star because I hate the name Melanie." --This Daydreamer

"Encephalitis is just your brain giving your skull a cuddle. This book is so short because soon after the main character succumbs to subacute sclerosing panencephalitis and dies." --Rachel "Wednesday"

"Finally! A children's book with an agenda I can get behind! I always thought I loved kids until I actually had one of my own and boy was I wrong! I researched anything and everything I could possibly do to get rid of the little brat, but I didn't want to be arrested for murder and childhood cancer is just too darn unpredictable. Fortunately, I stumbled upon 'Melanie's Marvelous Measles', and learned that there is a huge community of people who hate children as much as me! Thanks to Melanie, I was able to ignore my pediatrician's recommendations to vaccinate my daughter before our trip to Disney World, all while acting like I want what is 'best' for my child." --brittany

"What a fantastic book! It really provided hours of joy and comfort my sick little Bobby as he lay in bed with aches and pains and his 104 degree fever, not to mention the rashes, inflamed eyes, running nose, sore throat, constant coughing, and--Bobby's favorite--mouth sores! He really loved reading this book over and over. Such a shame he's dead now like that kid from the Nationwide ad. If there's a downside, it would have to be this--I tried to buy copies for the kid with cancer from Bobby's class that he infected, but the hospital wouldn't take delivery, and then that child passed on before she could ever take delivery. So, really, the reviews should tell you to order early and often, before your children are six feet under." --B. Gluckman

"Google image "measles" for a GREAT extra set of illustrations as you read along! While watching Melanie chase rainbows in her parents' Beverly Hills garden, you can journey along with the millions of kids getting marvelous measles in the areas of the world without the luxury of herd immunity from that oh-so-terrible vaccine! Then you can see into the future of what your grandkids will be enjoying, as you continue to encourage others to reject vaccines that hold back the prevalence of viruses in the population. Gotta say, it's a great time to study medicine in the USA - we get first-hand experience treating diseases that we'd have to travel to the third world to see. Thanks so much, Stephanie!" --Lyra