Republicans now say they care about fighting inequality. Here's why that may not be a good thing 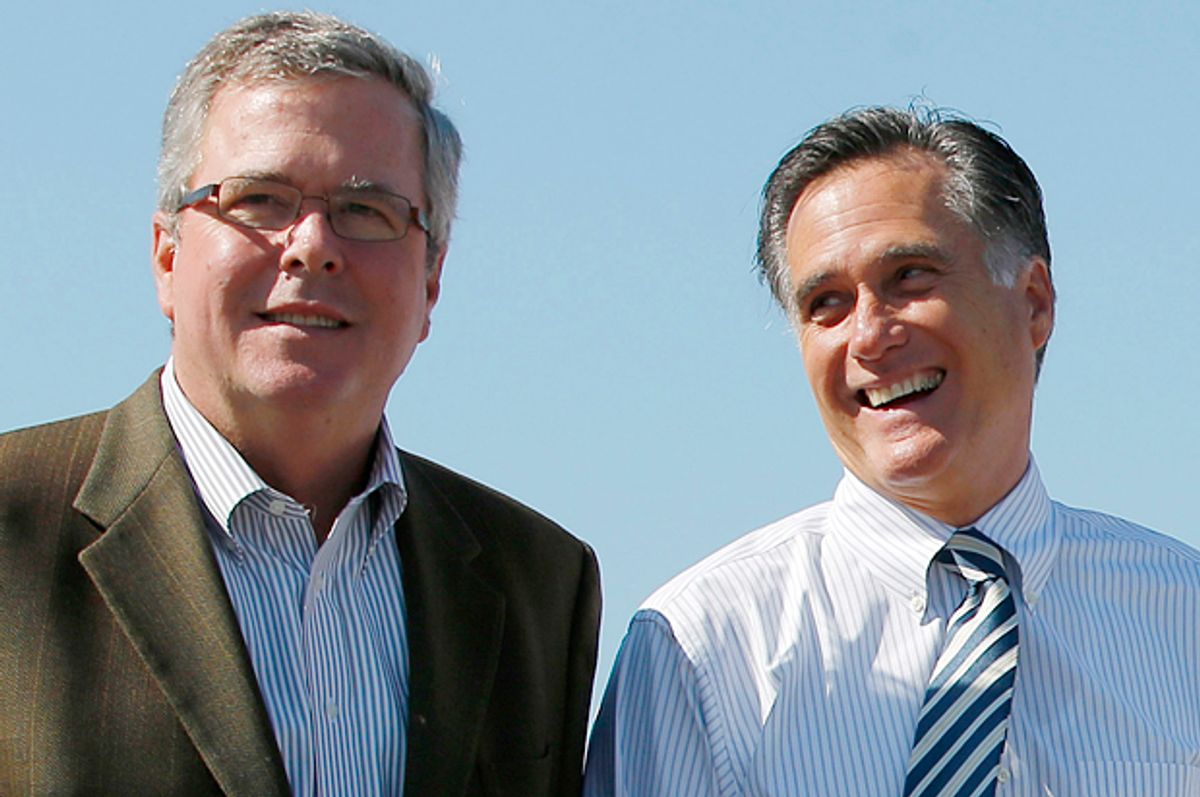 With the economic recovery finally beginning to reach the millions of Americans in the bottom 95 percent, there’s a temptation among political reporters (for whom the Great Recession was more of an abstraction than a lived experience, anyway) to move past the gloom and negativity of recent years in favor of a new narrative. True, the last six years may have been characterized by economic stagnation, political dysfunction and a growing chasm between the power and priorities of the wealthy and the rest. But that was before the dawn of “morning in Obama's America.” Nowadays, as Politico Magazine put it, everything is “awesome.” Well, at the risk of being a wet blanket, I’ll ask you to count me among the skeptics.

There’s no denying that the U.S. economy is in much better shape than it was six years ago. But contrary to the conventional wisdom, the primary reason the Obama era has been so difficult has always been political rather than economic. It wasn’t because of a bad economy that Wall Street paid no price for throwing the world into recession; and it wasn’t because of a bad economy that Washington spent years doing nothing as unemployment rose, household wealth plummeted, infrastructure deteriorated and wages flatlined. To paraphrase President Obama, that monument to failure and neglect? The economy didn’t build that.

No, those mistakes and others were the fault of American politics. More specifically, they were a result of our politics’ devolution back to Gilded Age-style plutocracy, and Washington’s ever-increasing tendency to focus on the issues that matter to the 1 percent at the exclusion of anything else. So if we’re looking for reasons to be optimistic about the United States’ future, we’re better off looking at the political realm — where the 2016 presidential election is effectively (and unfortunately) happening already — than combing through economic data in charts and graphs and spreadsheets. And as we can see in the first big speech that de facto presidential candidate Jeb Bush delivered in Michigan on Wednesday, the signs thus far are mixed.

To start with the good, Bush’s address, which he delivered before a friendly audience at the Detroit Economic Club, did indeed frame itself as a response to economic inequality — or, as he prefers to call it, “the opportunity gap” — just like his handlers promised. Bush and his team have been telling anyone who’ll listen that he plans to campaign as a softer, nicer and less plutocratic kind of Republican. They don’t use the phrase, for obvious reasons, but Bloomberg’s Emily Greenhouse is right when she notes that the Bush people are essentially following his older brother George’s 2000 playbook by billing Florida’s former governor as a “compassionate conservative.” Which might explain why Bush decided to speak in Detroit, where more than eight out of 10 residents are African-American, instead of lily-white early primary states like Iowa or New Hampshire.

Bush’s decision to talk about populist issues like declining social mobility and rising economic inequality was encouraging, and a welcome break from the GOP’s recent obsession with 1 percent hobbyhorses like the deficit and the debt. His willingness to describe the so-called opportunity gap as “the defining issue of our time,” echoing Obama’s description of inequality as a “defining challenge,” was also laudable (even if climate change activists would reasonably beg to differ). But while it’s true that Washington has spent a foolish amount of time in recent years discussing austerity and the phantom menace of apocalyptic debt, our politics never really suffered from a lack of willingness to talk about what voters wanted. An inability to segue from talking to doing has usually been more the case. And this is where Bush’s remarks were profoundly lacking.

You can get an inkling of just how meager were Bush’s policy ideas to boost “opportunity” by reading this report from the New York Times’ Jonathan Martin. Because the would-be president said little beyond the usual GOP boilerplate of returning power to the states during the speech, a later interview between Bush and Martin focused largely on his policy recommendations. The problem was, he didn’t have any: “[Bush] did not say whether his policy prescriptions would be tailored to help the neediest Americans or … [cut] taxes across the board,” Martin writes. “He did not directly answer when asked if cutting marginal income tax and capital gains rates would help those in need.” When asked if he supported the special tax breaks for working-class families promoted by conservative wonks, Bush said he’d be able to answer… soon.

Although it lacked specific (or even general) policy ideas, the opacity of Bush’s speech wasn’t quite total. As Matt Yglesias of Vox noted in his response, the rhetoric Bush used offered a hint of how he would view his role as president. If you’re a libertarian or a small-government conservative, the hints are good; Bush thinks any law that “subtracts from [economic] growth” should not even be discussed. But if that’s your inclination, the chances that you’re also someone who worried about inequality before Republicans began using the issue to bash Obama are vanishingly small. In fact, it’s more likely that you’ve spent most of the Obama era the same way as other conservatives and libertarians: dismissing inequality’s importance, or denying its existence.

Disappointing as Bush’s version of increasing opportunity looks right now, and as much as it seems like an example of our political elites once again talking like (small-d) democrats while acting like plutocrats, his may not even be the most cynical GOP White House campaign potentially on the horizon. That distinction would go instead to Mitt Romney, the man who can’t seem to make up his mind about whether he’s running again, but whom many would consider more likely to win than Bush. Despite having said only a few years ago that inequality should be discussed exclusively in “quiet rooms,” Romney spent much of January letting GOP donors and the media know that, if he ran in 2016, he’d do so with a promise to fight inequality — with cuts to government. Yes, Mr. 47 percent as the new FDR.

If that’s not proof that U.S. politics remains broken and corrupt, I don’t know what is.