"It was a dream": Haunting images capture a lost world

In 1991, Saddam Hussein engineered an environmental disaster -- destroying a 5,000-year-old society in the process 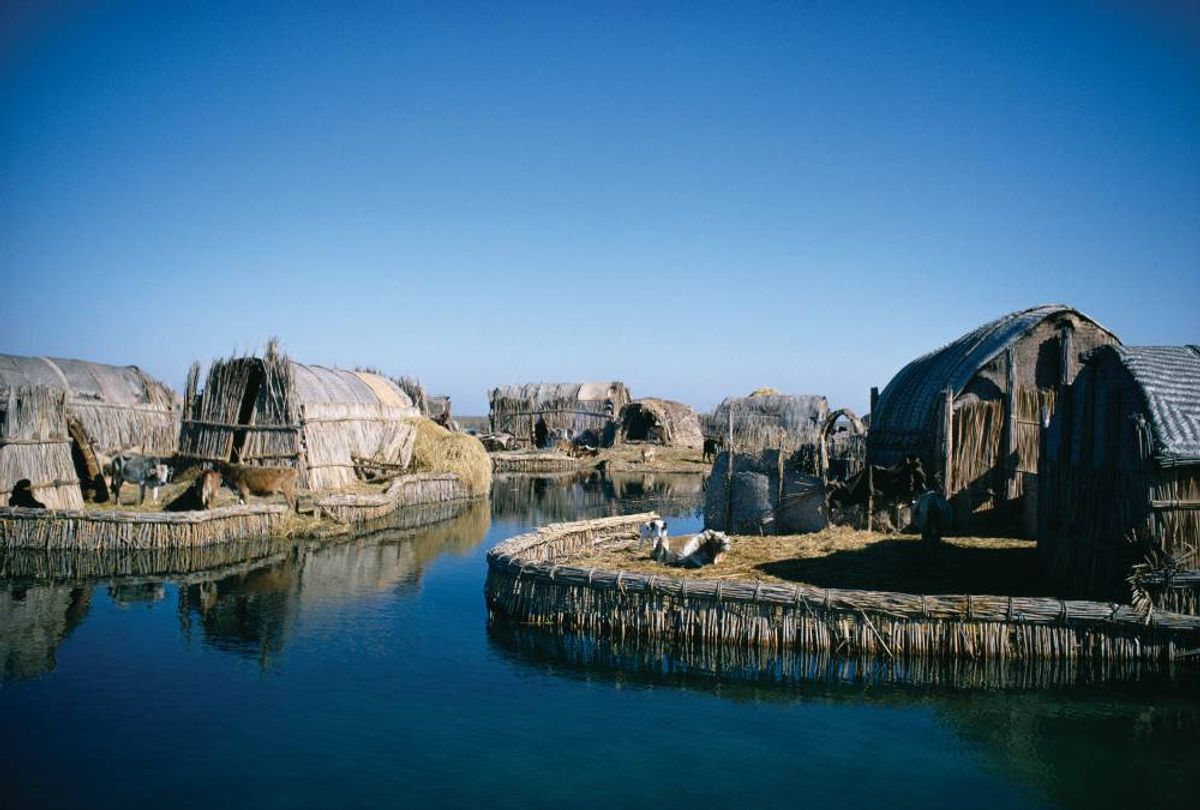 Iraq. Marshes in the south the way they were pre-Saddam Hussein. Everyone out at work in the marshes fishing, hunting.
--

When Tor Eigeland arrived, camera in hand, to Southern Iraq's marshes in the fall of 1967, he had no way of knowing that he was witnessing the 5,000-year-old culture in its final days.

Until very recently, the Ma‘dan, more commonly known as the Marsh Arabs, numbered as many as 500,000, living lives specially adapted to the unique, freshwater ecosystem they called home. They built their houses on small islands between which they traveled by boat; they fished, cultivated rice and raised water buffalo. "When we entered the first, largest village, I felt like I’d left the world I know," Eigeland recalled to Salon. "It was a dream."

That all changed in December 1988, when Saddam Hussein, zeroing in on the Marsh Arabs as political enemies, approved a plan to drain the marshes. From the end of 1991 through 1992, the Iraqi army dammed and diverted the Tigris and Euphrates rivers, burned villages to the ground, and succeeded in wiping out not just the marshes, but also, very nearly, their people. It's estimated that only 7 percent of the marshes, and a few thousand of the Marsh Arabs, remain. The rest ended up displaced, or as refugees.

"It was an amazing achievement, a horrible achievement, to drain the marshes like that," said Eigeland. The United Nations Environment Program describes it as "one of the worst environmental disasters in history."

"There was so much beauty, and the people were so great," Eigeland said. "And then you think of what happened to them, especially some of them you get to know a little bit. God only knows, were they murdered? Are they refugees? Some died of old age."

As soon as Hussein was overthrown, Eigeland says, the Marsh Arabs got to work draining the canals, opening the dams and attempting to reflood the marshes. But due to the construction of huge dams upstream in Turkey and Syria, little water has returned, and that which has is too salty -- water buffalo don't thrive in it, and they have to find alternate sources of drinking water. And for the younger generation, much of the traditional culture has already been lost.

"What we do know for certain," said Eigeland, who continues to follow the saga closely, "is it will never, ever be anything like it was."

"The photos I had, I put them away," he said of the six weeks he spent, 50 years ago, with the Marsh Arabs. "I made a couple of moves and then a few years ago I was looking in my garage, found an old carton and in there was an old, yellow manila envelope and I thought, 'Oh my god, I had a real record of what this was like, something that doesn’t exist anymore.'" Eigeland's collected those photos in a new book, "When All the Lands Were Sea," and shared a selection with Salon. Check them out below: