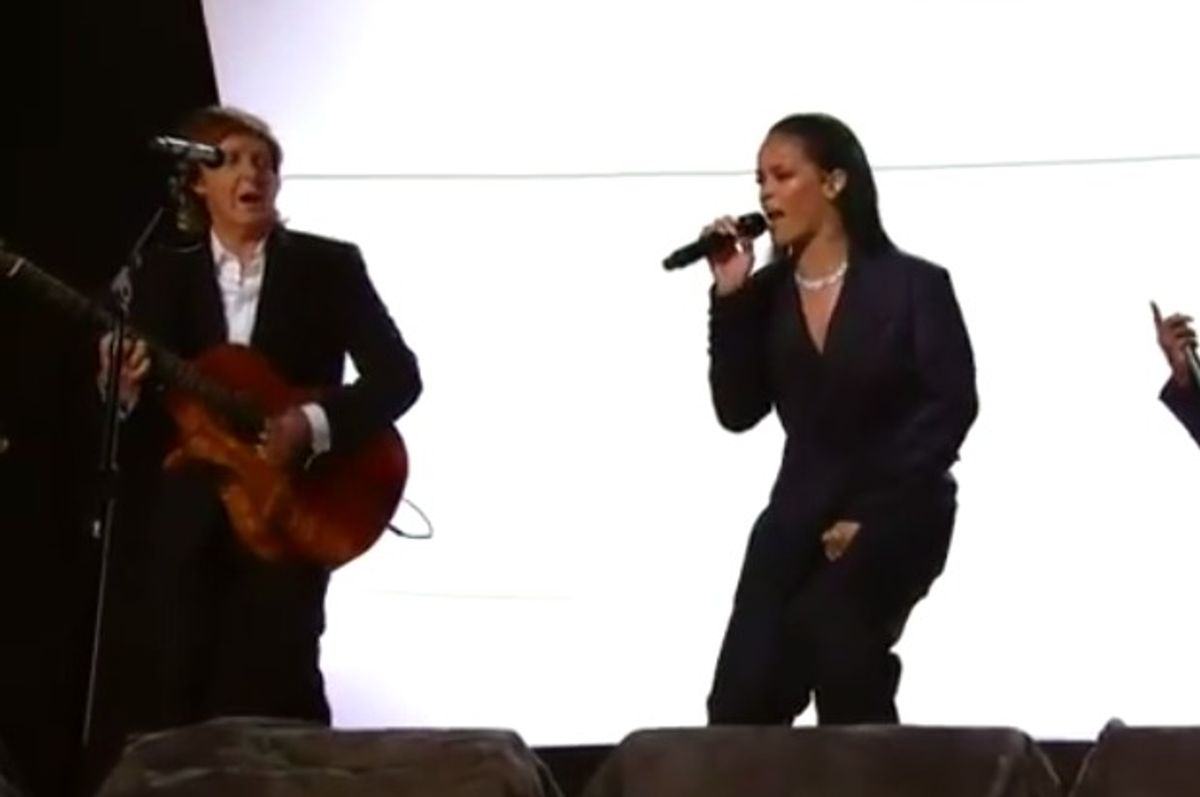 After Kanye West's stripped-down solo performance of "Only One" earlier in the evening, he jumped back on stage with Paul McCartney and Rihanna to perform their new single "FourFiveSeconds." After a year without Rihanna, we're happy to see her back — and in front, handily owning the stage.

We were a little bummed she went for understated black suit during the performance instead of the fluffy Grammy Barbie confection she rocked on the red carpet, though: