Incredible NASA animation reveals the dark side of the Moon

No, not the Pink Floyd album 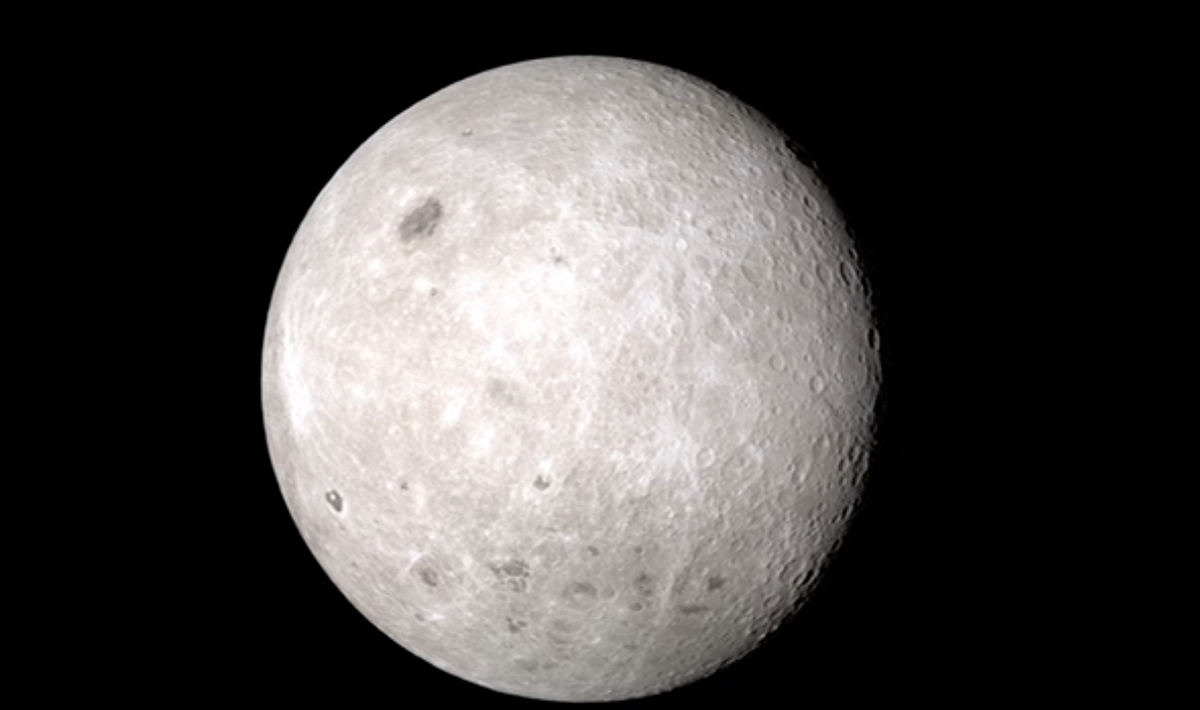 The animation was made using five years of data from NASA's Lunar Reconnaissance Orbiter (LRO), a mission that launched in June of 2009, 50 years after the Luna 3 probe. The "hundreds of terabytes of data" that LRO has returned to NASA allowed scientists to learn more about this side of the Moon, and create detailed maps. NASA explains the topography of the far side of the Moon:

"Just like the near side, the far side goes through a complete cycle of phases. But the terrain of the far side is quite different. It lacks the large dark spots, called maria, that make up the familiar Man in the Moon on the near side. Instead, craters of all sizes crowd together over the entire far side. The far side is also home to one of the largest and oldest impact features in the solar system, the South Pole-Aitken basin, visible here as a slightly darker bruise covering the bottom third of the disk."

And here is this from BBC: