Thank academia for turning a once-useful phrase into meaningless jargon 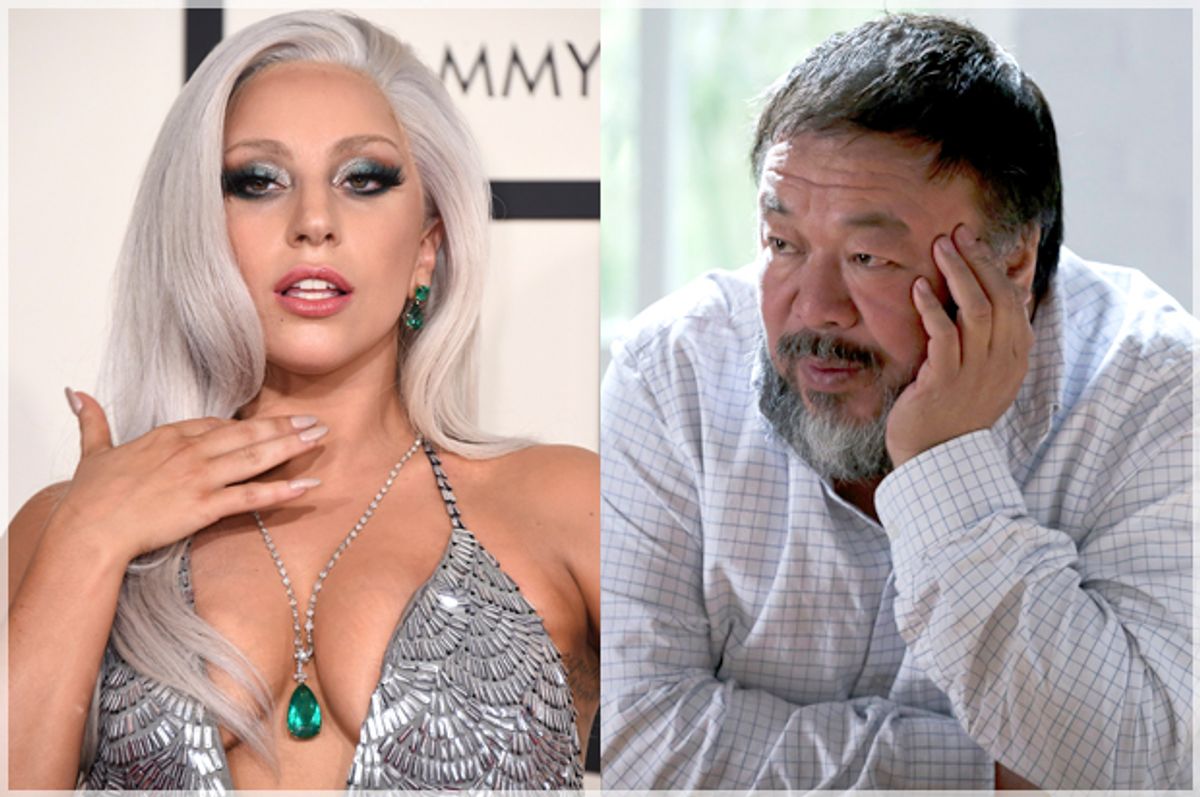 The turning point may’ve come when the P.R. pitch about the “subversive cross stitch” came my way. When you’re a journalist long enough, all kinds of ridiculous stuff comes across your desk, like the note I got last year about the family that had chosen to move to Los Angeles “as a brand.” (Hmmmn.) But this pitch about “the innovator of edgy needlepoint” made me wonder what subversive even meant these days. At a time when the term is applied to corporate pop stars like Lady Gaga and smug-plutocrat artists like Jeff Koons, subversive has come to mean close to nothing. It’s become the Marilyn Manson of critical terminology — somewhere between shock and yawn.

How did we get here? The term “subversive,” of course, was used with neither irony nor praise during the Red Scare of the 1950s. Right-wing loonies like Sen. Joseph McCarthy and FBI chief J. Edgar Hoover dug around for “subversive persons.”  And the McCarran Act created the Subversive Activities Control Board to help identify and prosecute these dangerous and seditious elements. Hoover kept “subversive” files on almost half a million Americans.

So how did it become a term people would apply to an overhyped singer who once donned a dress made of raw beef?

The turn came in academia in the ‘80s, when the term crept into postmodern discourse and the discipline of cultural studies. Now any rethinking or reframing or parody of an old work was “subversive.” Madonna — once upon a think piece — was subversive. By the ‘90s, irony was a “subversive rhetorical strategy.” An academic writing unreadable postmodern scholarship could claim to be subversive and quote several equally subversive friends. (The fact that these people often had job protection — tenure — and worked for a state-supported institution, a university, may’ve given the wild risk-taking a special frisson.) And so on. It was a bit, maybe, like the way terms like "bitch," "dame" and even “fag” were reclaimed in a process called mimicry.

(Is it now subversive that Gaga has subverted her stale meat dress-wearing image to croon jazz standards with Tony Bennett?)

Then P.R. and advertising – which co-opts everything – wandered in and began applying the term to products companies wanted to sell. It didn’t hurt that the postmodern left and the corporate world began to drop their resistance to each other in the age of the Internet: The music writer Carl Wilson has called Lady Gaga “a perfect product of the semiotics department and an MBA program,” the kind of union that would have been inconceivable decades ago. This is hardly the first time purportedly rebellious energies have been harvested for corporate gain: Salon scribe Thomas Frank’s first book, "The Conquest of Cool," looked at the way Madison Avenue harnessed the ‘60s counterculture and paved the way for what he calls hip consumerism. (To epater le bourgeoisie required real risk in the age of Baudelaire or Wilde or even Duchamp. When bourgeois norms are weakened, it’s mostly just P.R. anyway.)

But there’s a slight, important different here between the term “subversive” and those flower-power ads for the VW bug or the off-road-SUV commercials telling you-rebel-you to go your own way. I’d say we could just retire the term. Or just laugh off the overuse — who cares?

But the fact is, there are actually some people today who are genuinely subversive, and we need them. Pussy Riot is a punk-rock band in Russia. Ai Weiwei is a dissident Chinese artist and human rights protester. Charlie Hebdo is a Parisian satire magazine.

All of these people have paid in very serious ways for their, um, subversive activities. Vladimir Putin put members of Pussy Riot in jail and sent some of them to penal colonies. The Chinese government, which can’t seem to figure out if it wants to be a democracy or a new kind of autocratic capitalism, has imprisoned Ai and put him under house arrest. (The artist’s father was a poet imprisoned for three years by Chiang Kai-Shek and ended up cleaning toilets.) And of course, members of Charlie Hebdo’s staff — writers, editors, political cartoonists — were killed by religious fanatics in January. (This was not for their lefty subverting of French middle-class liberalist, but for an irreverent attitude toward Islam; but they were and are chance-takers with the courage of their convictions.)

If the term still has any meaning, these artists, writers and musicians are truly subversive. The hedge-fund manager paying fewer taxes than you and using the different to buy a bauble by Koons — who is not taking anywhere near the kind of aesthetic risks someone like Duchamp did — is not.

We need real rebel energies in a democratic society (and in non-democratic societies like Russia and China.) But can we please stop lying to ourselves about what “subversive” means and who the real heroes are?