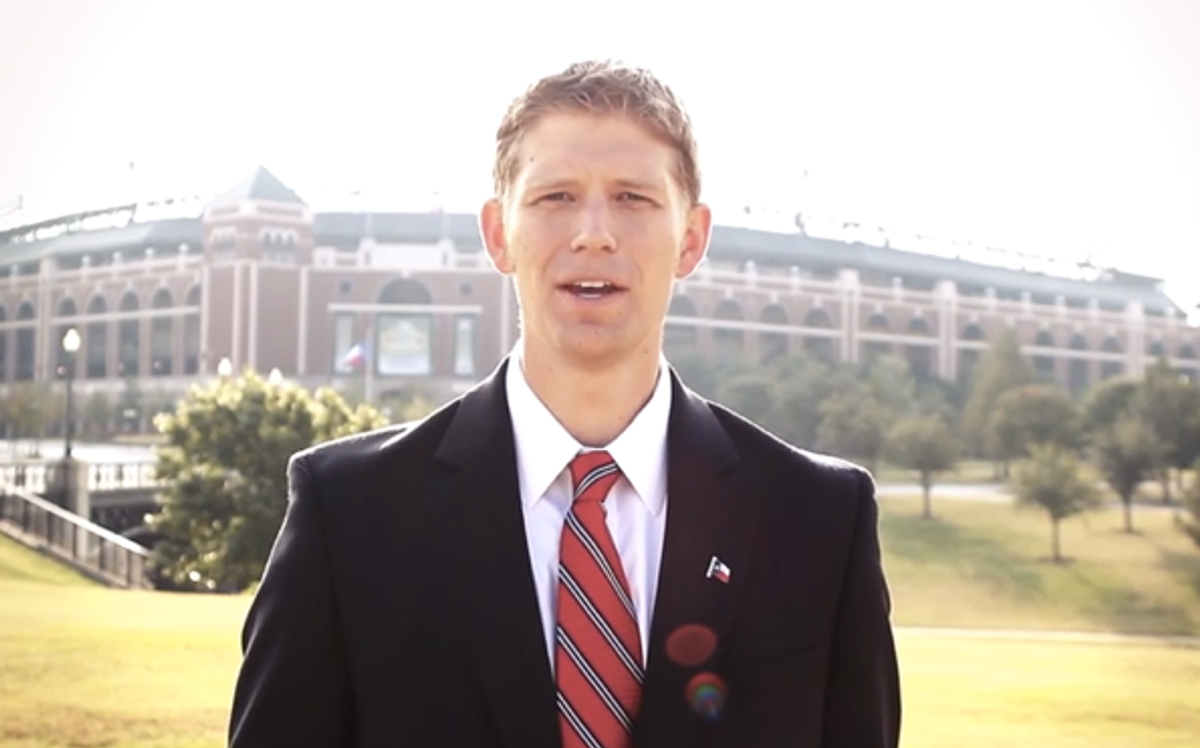 Marlise Munoz died on Nov. 28, 2013. The 33-year-old paramedic and mother to a young son collapsed in her Texas home just days before Thanksgiving. She was admitted that day into John Peter Smith Hospital in Fort Worth, where she was soon declared brain-dead -- which is to say she was declared medically and legally dead.

Munoz was 14 weeks pregnant at the time of her death. And because she died in Texas, one of more than 30 states with laws creating a distinct and lesser legal status for pregnant people, the hospital ignored her end-of-life directive and the pleading of her husband and family and kept her body on a ventilator so that her fetus continued to gestate after her death.

Munoz’s husband, Erick, fought for two months to have his wife’s body removed from the ventilator. During the months her deceased body was kept on mechanical support, she was given multiple injections to restart her heart. According to Munoz's mother, the stiffness that set in after her death caused her daughter's fingers to break when she attempted to hold her hand. Munoz's family ultimately prevailed in court, and her body was finally buried in January of last year.

But this week, in response to the case, a Texas lawmaker is preparing to introduce a proposal that would have appointed Munoz’s fetus a lawyer to fight in court on behalf of the state and against her grieving family. According to the Dallas Morning News, Republican state Rep. Matt Krause intends the measure to give a “voice” to embryos and fetuses. “You’ll hear what the family wants, and you’ll also give the pre-born child a chance to have a voice in court at that same time,” he said. “The judge weighs everything and he or she makes their decision based on that.”

Munoz’s family told the Dallas Morning News that they were insulted by the proposal. “To me that’s saying that my family was not looking out for the best interest of Marlise and the fetus,” said Lynne Machado, Munoz’s mother. “We feel our actions and decisions were based on what was best for both of them.”

Texas is not the only state that has a pregnancy exclusion for advanced directives. And while Munoz’s specific case illustrates a particularly horrifying application of the law -- to keep a dead woman’s body on a ventilator, effectively turning her corpse into a vessel for a fetus -- the law empowers hospitals to keep pregnant patients on mechanical support without regard to the patient’s of family’s wishes in a variety of medical circumstances. Krause's proposal would make an already devastating situation that much worse for grieving families.

As I’ve written before, these laws also apply to pregnant people who find themselves too sick to communicate their desires regarding end-of-life care, depriving them of the right to make healthcare choices in cases of terminal illness or medical catastrophe. Meanwhile, the family is forced to look on helplessly while waiting for the courts to determine an outcome.

Last year, I interviewed Katherine Taylor, a lawyer and ethicist who teaches at the Drexel University College of Nursing and Health Professions, about the origins and applications of such laws. “Most of these laws first came into being in the ’70s, ’80s and ’90s, when states were each passing their advance directive statutes,” she told me at the time. “The Catholic lobby and other ‘right-to-life’ groups insisted that a pregnancy exclusion be included.”

Taylor also criticized these laws as one that strips pregnant people of their agency, effectively dehumanizing them. “You know, pregnancy is an active enterprise. Women are moral agents,” she explained. “They actively gestate. They make decisions about what to do and what not to do during their pregnancies. Here, the state is essentially trivializing the woman’s contribution; as if all that is needed for pregnancy is a body -- even a dead body.”

Machado told the Dallas Morning News that she plans to testify against Krause’s proposal once it’s introduced. “It’s been an absolute nightmare” she said. “Nobody should have to go through the pain, and frankly the torture, that we had to witness.”