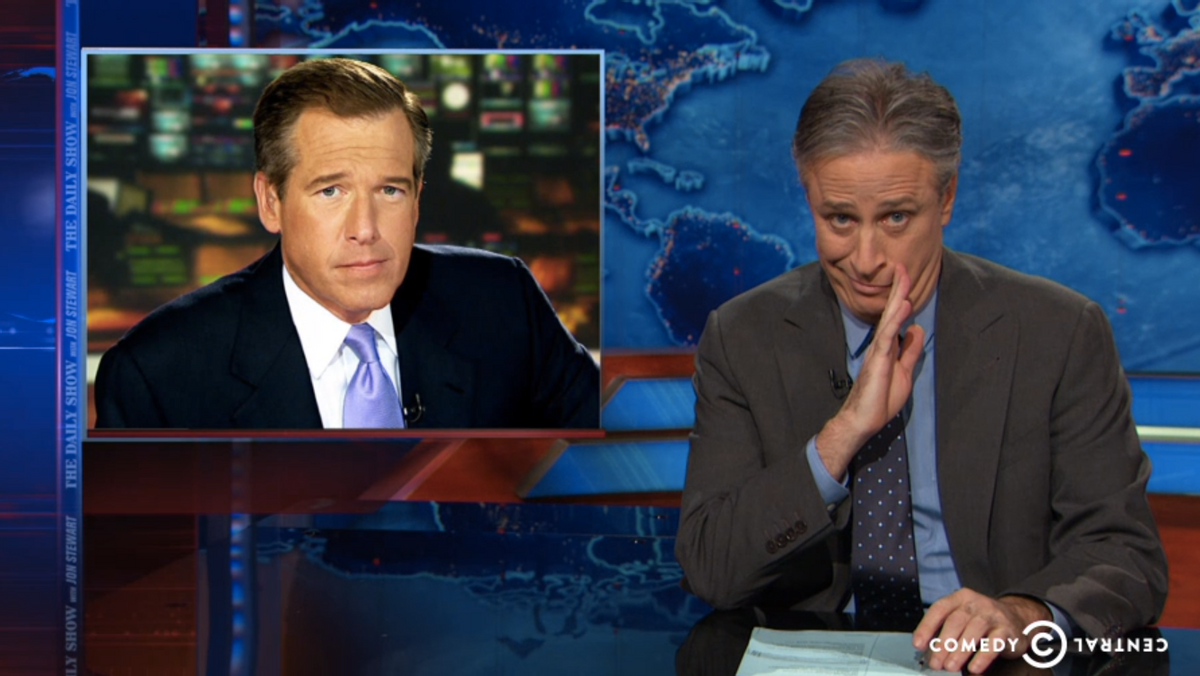 Jon Stewart tackled the controversy surrounding Brian Williams on Monday night's "The Daily Show." The comedian mocked Williams' "misremembering" of a story from Iraq, where Williams claimed to be in a helicopter that was shot down by and RPG, when in fact he was in a different helicopter. (There was general curiosity about how Stewart would cover the story given Williams' history of appearing on "The Daily Show.")

But Stewart saved most of his vitriol for the Bush administration for leading us into the Iraq war in the first place, and he slammed the media for not applying high levels of scrutiny back in the early 2000s.

"Finally someone is being held to account for misleading America about the Iraq war," Stewart joked about Brian Williams. "Finally. Now it might not necessarily be the first person you'd want held accountable on that list." Watch below: