Larry Wilmore: "Brian Williams' confusion is the perfect metaphor for the war on terror"

"Nobody has a damn clue what's going on" 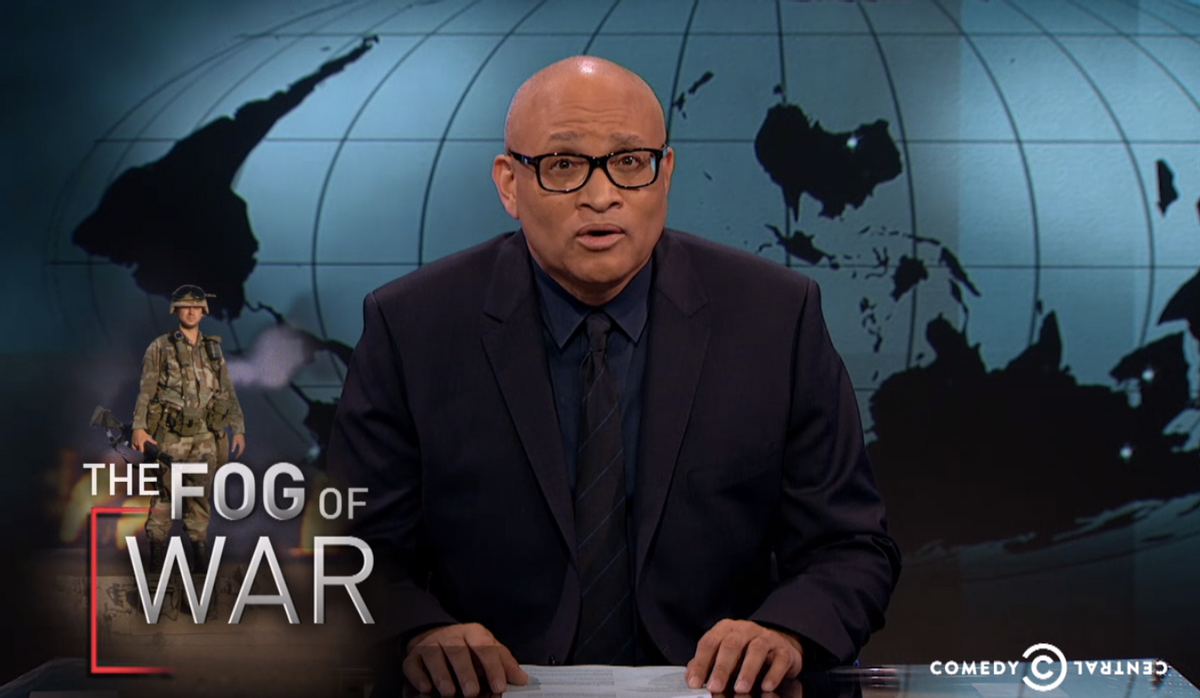 On Monday night Larry Wilmore used Brian Williams' so-called foggy memories of war to discuss the general fog of war that the U.S. has been in since 2003.

"Brian Williams' confusion is the perfect metaphor for the war on terror," Wilmore stated. "Nobody has a damn clue what's going on."

Wilmore laid out the general confusion of America's role in the Middle East -- we were there, then we left, now we're still kind of lingering.

"All we want is some clarity," Wilmore continued. "Are we at war with ISIS or not?" Watch both clips below: