Teach for America's truth problem: TFA advocates aren't being honest about education reform, their own agenda

Communities don't want underprepared teachers who aren't committed to the community. It's time to look at facts 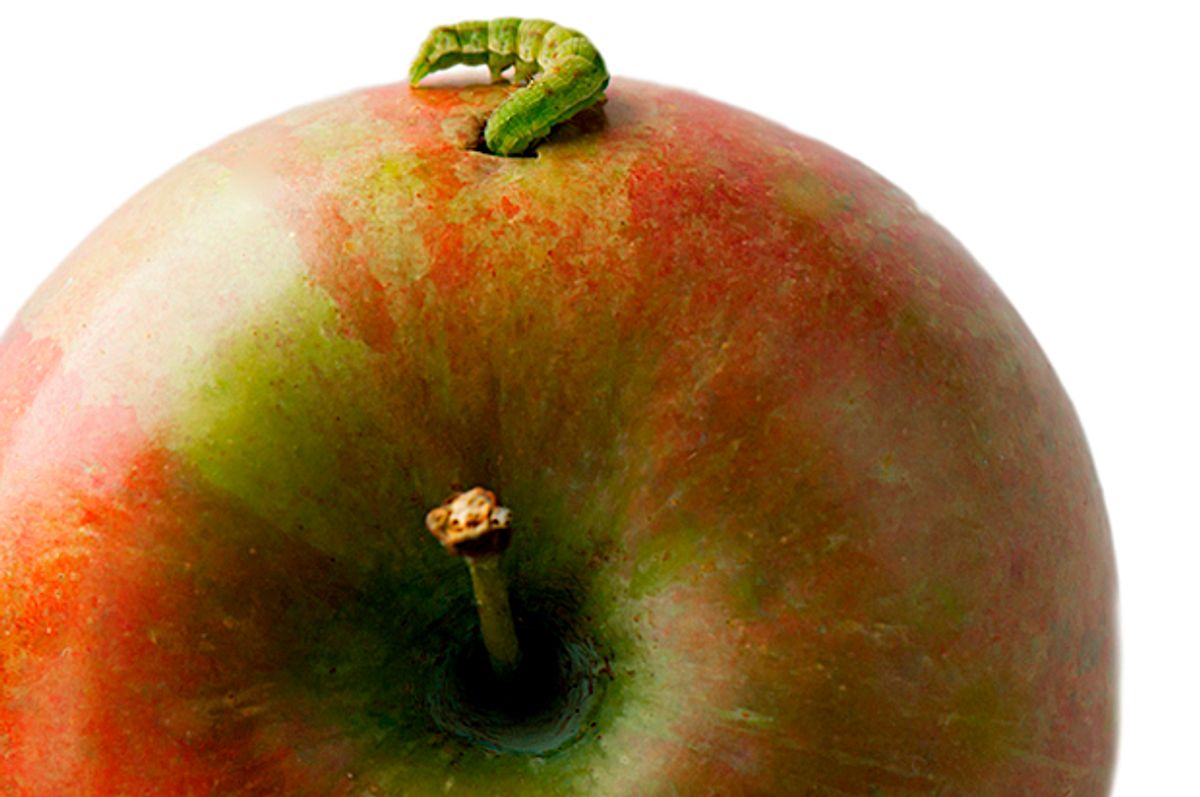 Howard Dean had an epiphany.

As he described in his recent post for Salon, when he toured a high school in the Ninth Ward New Orleans, where his son was serving as a Teach for America corps member, he happened to scan some writing assignment the ninth-grade students in his son's class had produced. He was, in his words, "enraged."

"It dawned on me that nearly every young person in his classroom was functionally illiterate," he recalls.

Since that day, Dean has been "an advocate for Teach for America and public not-for-profit charter schools," he explains.

We've seen this before.

The Narrative of "Reform"

When "Waiting for Superman," the film documentary about charter schools in New York City, debuted in 2010, director Davis Guggenheim was asked in a "celebrity interview" what motivated him to make the film. He replied, "I was packing my kids up in my minivan and taking them to school with juice boxes and backpacks. Out of the corner of my eye, I started to see the local public schools that I was driving by. And it started to haunt me that my kids whom I send to private school were having a great education, but the kids in my own neighborhood were not."

These sorts of inspirations are what drive advocates for what's become known as "education reform." "Waiting for Superman" – a movie about education crusaders Michelle Rhee and Geoffrey Canada vying against teachers' union leader Randi Weingarten over the education future of poor, urban children of color – established a compelling and emotional narrative for a debate about public education policy.

The narrative casts specific policy measures, such as charter schools and TFA, as being "about the kids," as Guggenheim phrased it in his interview, and advocates for these measures are invariably "doing incredible work for the kids."

Dean's conversion experience in a New Orleans high school repeats this narrative. Witnessing firsthand the horrible inequities in our public school system, he concludes, "There could be no more excuses – not poverty, not money, not union rights, not political deals on school boards. Everything with real, reasonable potential had to be tried, and everything had to change."

However, what fans of school reform are advocating for is not really "everything." They have a distinct hierarchy in their minds, beginning with very specific things such as, in Dean's case, Teach for America. Much lower on the hierarchy are measures now relegated to "excuses," such as doing something to alleviate the effects of poverty, advocating for more resources for struggling schools, raising teachers' collective voices, and empowering parents and citizens to have more say-so in their local governing boards.

Evidence Instead of "Everything"

The reality in most American communities is that we can't throw "everything" at troubled schools. In fact, if you actually listen to public school educators, you'll find they're pretty sick and tired of having "everything" thrown at them.

As former elementary school principal Peter DeWitt writes in his blog at Education Week, "School leaders and teachers are under initiative fatigue. So many things worth changing, along with so many things that are just noise. No matter the initiative, we have to look at the pros and cons of what they offer. Even with those agencies that we may disagree with, there must be something good about what they are offering."

That's why we have to go beyond intentions and look at evidence.

To do so is not to make "false choices" as Dean charges. It's being deliberate. It's being smart.

We have to ask, "What's so 'good' about TFA?" And we have to compare whatever "good" TFA produces to the "good" that could be produced by other policy measures.

Fortunately, people have done that. And if you're willing to listen to them, and not immediately dismiss them as "trying to talk people out of committing their lives to education," which is how Dean describes TFA critics, you might learn something that would cause you to reconsider education policy priorities.

TFA Is "a Diversion"

Some time ago, public school teacher, parent and citizen-journalist Rachel Levy explained why it's possible to have a TFA-related conversion that is very different from Dean's.

"Is TFA good for education? I used to think it was," she writes. What changed her mind was research finding "the impact of TFA teachers is unclear." When you look at the evidence, it's not at all certain that staffing a school with TFA-prepared teachers – who receive a mere five weeks of training – is any more beneficial to the students than hiring teachers who have been prepared in a traditional higher education certification program. Meanwhile, TFA corps members can cost more to fund, most of them tend to move on after two years, and the cost of their positions is often offset by releasing experienced teachers who would, in the long run, provide the community a more stable teacher workforce.

Two of the researchers Levy quotes, education professors Julian Vasquez Heilig and Su Jin Jez, recently looked again to see if there is any new evidence to unquestioningly support TFA. They found, "Despite hundreds of millions of dollars in funding and extensive lobbying by supporters and prominent alumni, TFA appears to offer few if any benefits for improving teacher quality in hard-to-staff schools."

Evidence of TFA's academic benefits to students continues to be a mixed picture at best, varying considerably depending on the experience and certification level of the teachers being considered. The results also fluctuate depending on the types of teachers to whom the TFA teachers are compared. TFA teachers look relatively good when compared to other inexperienced, poorly trained teachers, but the results are more problematic when they are compared to fully prepared and experienced teachers.

So why all the clamor to support, even expand, TFA? The report answers, "The program is sometimes viewed by policymakers and advocates as a way to meaningfully address the very real need for high-quality instruction in hard-to-staff schools – and it's clearly not that. At best, hiring TFA teachers is a stopgap measure for some desperate schools that is somewhat better than their other poor options. But even in those cases, the program is a diversion away from truly beneficial policies."

Heilig's and Jez's findings are precisely the conclusion Duke University economics professor Helen Ladd makes when she considers the expansion of TFA into North Carolina. "In an effort to keep educational costs in check," she writes, "America’s cash-strapped states, local school districts, and charter schools are hiring less-costly novice teachers. Some of the new hires are energetic college graduates supplied for two-year stints by programs such as Teach for America."

"But this view is short-sighted," she explains. "Although a constant flow of new recruits is healthy, research shows that teacher experience matters."

"Other research has shown," she adds, "constant teacher turnover is disruptive for schools and harmful to students, especially in disadvantaged schools."

She concludes, "Wonderful as it is for bright, college graduates to bring new energy and skills to the classroom, schools pay a high price for too much teacher turnover. Surely America can do better. The all-important starting point is to recognize the value of teacher experience and then learn how to develop and reward it."

Room for a Reasoned Debate

Even supporters of TFA and TFA alumni notice there are problems with the organization's mission. In a new report from education investment and consulting group Bellwether, the authors find, as Education Week's reporter writes, fewer TFA alumni today "said they'd recommend TFA to a friend than in 2010, another sign of this general malaise among corps members."

To point out the shortcomings of TFA as a policy solution for troubled schools is not to question the intentions of college graduates, like Dean's son, who flock to this program every year, and it's not to disparage the work being done by dedicated TFA corps members. There's little doubt many TFA recruits are doing all they can to produce positive learning experiences for their students, as Dean believes his son did.

But confining a policy discussion to intentional aims of TFA recruits is ignoring the matter at hand. Telling TFA's critics they have a "responsibility to embrace" a program that doesn't bear up to scrutiny is to denigrate those critics to a lesser point of view than those such as Dean who advocate TFA expansion.

No One Asked for TFA

Finally, what Dean seems most alarmed at is the anger – all the "polarizing rhetoric and oppositional attitudes" – that tends to characterize today's education policy debate. "Artificially divisive," he calls it. But by whose artifice?

When Dean concludes, "Issues don’t come to us polarized, we make them so," he is blind to his own role in the polarization.

We must remember hard truths of American schools revealed to self-proclaimed reformers – to Guggenheim "in the corner of his eye" and to Dean in his casual perusal of student essays – are not revelations about schools their own children attend.

Their drive-by prescriptions – literally, in Guggenheim's case – are meant for "other people's children," not theirs.

It might surprise Dean to know parents in New Orleans never asked that their schools be taken over by private charter management groups. They never requested their schools be staffed by undertrained teachers, who stay for short tenures, rather than highly qualified faculty with long-term commitments to the children in that community. Their say-so about their children's education was swept away in Katrina's winds, and then they were told by policy leaders it was the "best thing that ever happened" to them.

For sure, we need to adopt Dean's proposition to "think harder or look more closely" at various proposals for addressing problems with America's public school system. But when you actually do that, and make real evidence part of your consideration, you're not going to agree with Howard Dean.