Is it just me, or does this coincide with stock prices dipping? 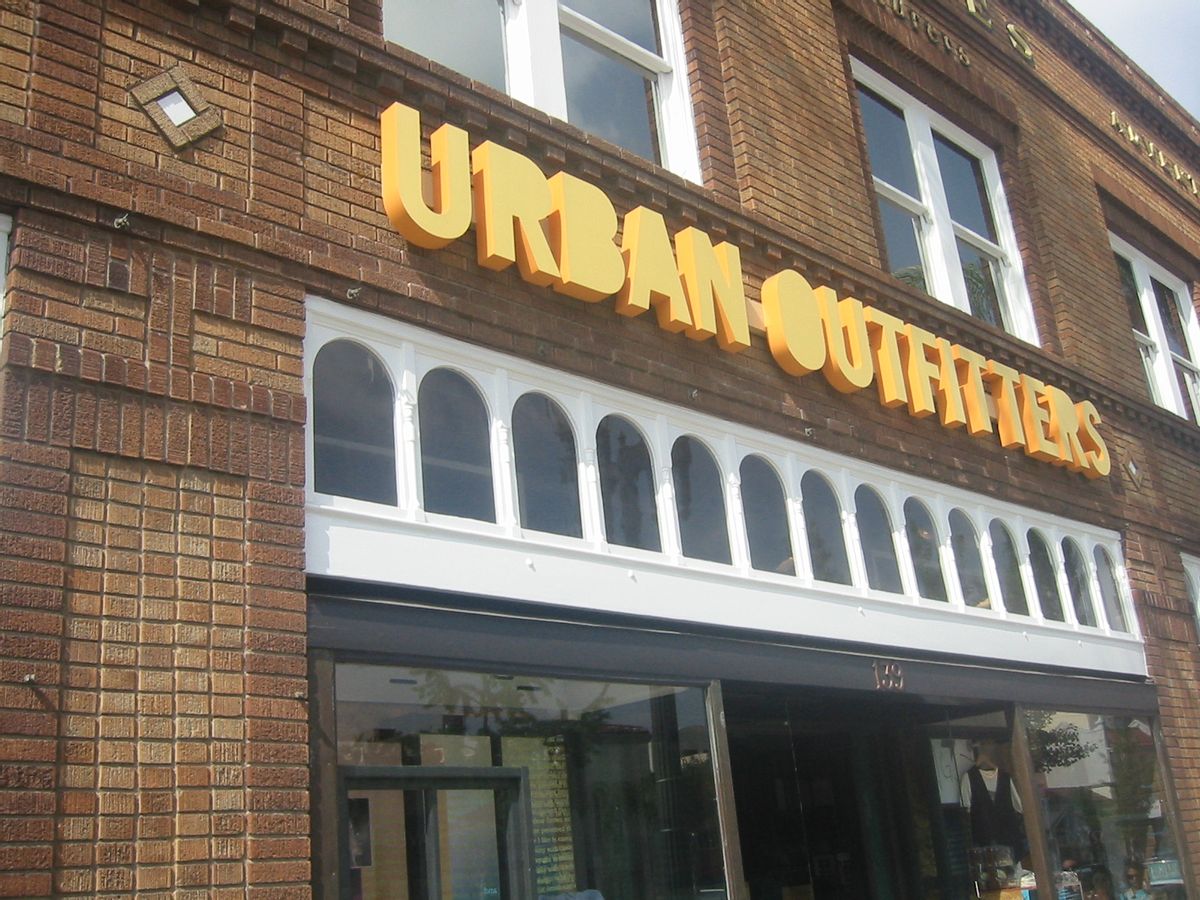 Urban Outfitters is in trouble yet again for selling yet another piece of merchandise that is horrifyingly reminiscent of concentration camp uniforms worn during the Holocaust. (How many times have sentences such as that one had to be written? Seriously, this needs to stop.)

The Anti-Defamation League is pressing the retailer to remove a gray-and-white striped tapestry decorated with pink triangles, which is disarmingly similar to the attire that the Nazis used to identify gay male prisoners. It's unclear if the item, which was being sold for $69 at an Urban Outfitters store in Boulder, Colo., was intentionally Holocaust-inspired, or if the company just really isn't paying attention to the signals it sends. Given the prevalence of offensive crap Urban Outfitters has peddled in the past year alone, ignorance seems likely -- and also still inexcusable! “Whether intentional or not, this gray and white stripped pattern and pink triangle combination is deeply offensive and should not be mainstreamed into popular culture,” Abraham H. Foxman, ADL National Director and a Holocaust survivor, said in a statement.

When a company repeatedly exhibits itself to be so culturally and historically tone deaf -- when it sells pro-anorexia t-shirts, when it places gang signs on shirts, when it promotes bloody Kent State sweatshirts and has already been criticized for trading in Holocaust-inspired knitwear -- one begins to wonder if the retailer will ever learn its lesson.

Removing offensive items from shelves and apologizing isn't enough; having the foresight and sensitivity not to sell them at all would be better, especially after so many lapses of judgement. Somehow, none of this comes as a real surprise from a company that hosts totally racist holiday parties -- but again, being unsurprising doesn't make it excusable.