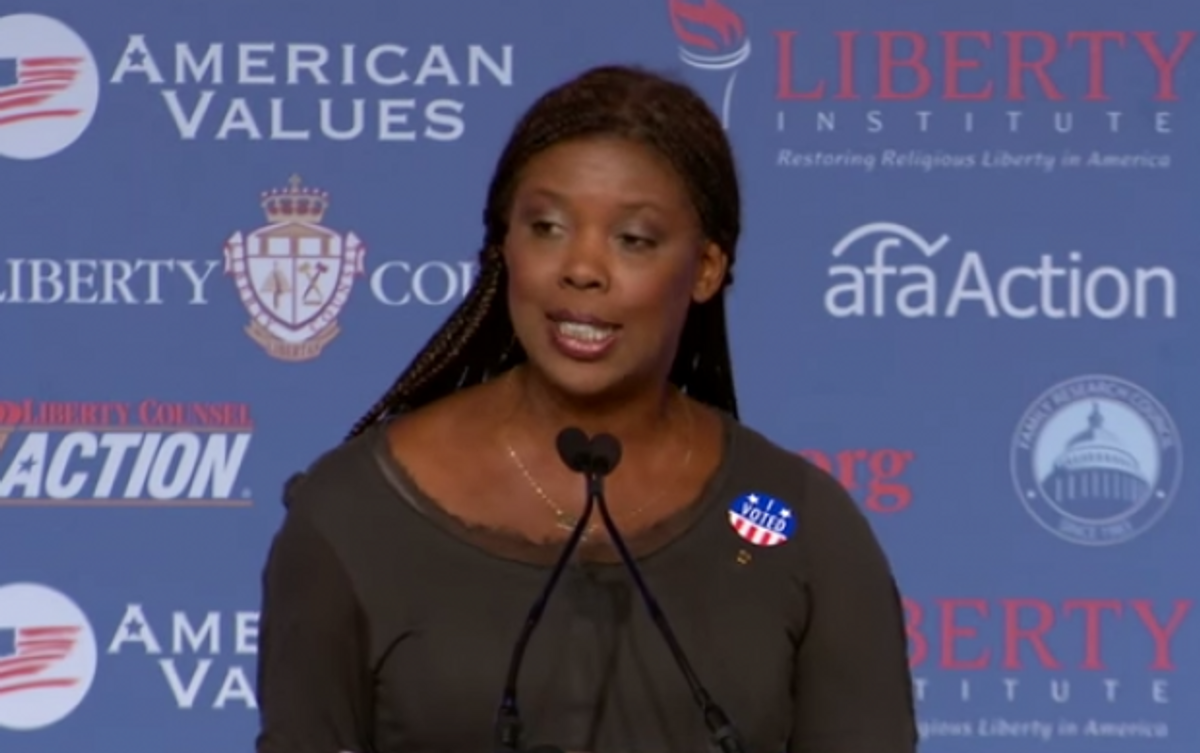 During a panel discussion on Sean Hannity's show, conservative pundit Star Parker denounced the president for noting, in the context of a larger discussion about religion and brutality, that Christianity's history is far from spotless in that department. “[L]est we get on our high horse and think this is unique to some other place, remember that during the Crusades and the Inquisition, people committed terrible deeds in the name of Christ,” Obama said.  ”In our home country, slavery and Jim Crow all too often was justified in the name of Christ."

There were plenty of other examples of Christian violence Obama could have mentioned, but the president is a busy man.

According to Parker, however, his remarks amounted to nothing less than "verbal rape," a declaration that even Hannity thought went too far.

"Let me put it in context ... because I was in that room. It was frankly verbal rape," Parker said. "Oh, yeah. We were not expecting it, nobody wanted it, it was horrible to sit through, and after it was over we all felt like crap. Because let me tell you why we were all there --"

At that point, Hannity interjected, saying that "verbal rape" was a "harsh term." Some say.

"Verbal rape is what it was. Because he pulled the air out of the room," Parker maintained. "There were 4,000 people there to unify. The question on the table was can these three major religions get along? Can the Jew? Can the Muslim? Can the Christian?"

Working in a plug for her book, Parker accused the president of obliviousness to the presence of non-Christians at the breakfast.

"What made it worse — the title of my book, ‘Blind Conceit’ — he was so blind and arrogant in his conceit, he didn’t even notice that the audience wasn’t all Christian," she said, seemingly having missed the part of Obama's speech in which he noted the presence of the Dalai Lama.