When America behaved like ISIS: Jesse Washington and the Bible Belt's dark history of public lynchings 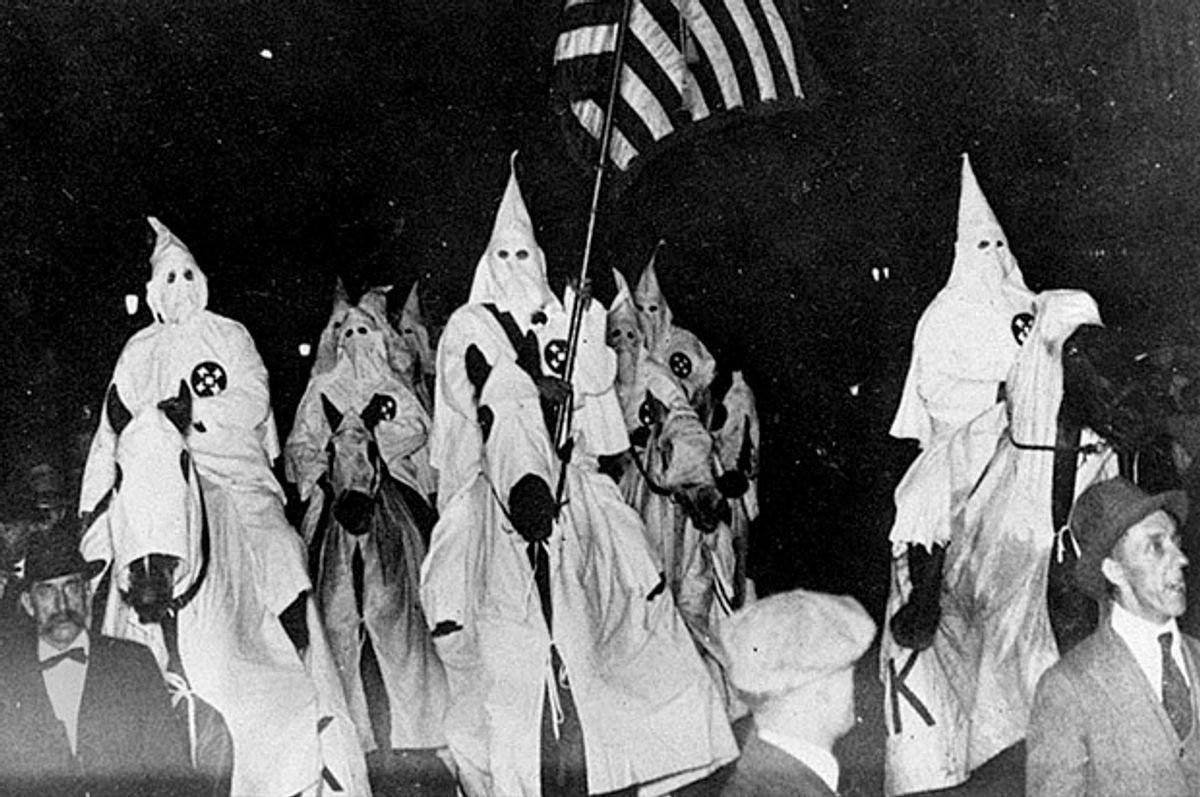 They burned him alive in an iron cage, and as he screamed and writhed in the agony of hell they made a sport of his death.

After listening to one newscast after another rightly condemn the barbaric killing of that Jordanian air force pilot at the bloody hands of ISIS, I couldn’t sleep. My mind kept roaming the past trying to retrieve a vaguely remembered photograph that I had seen long ago in the archives of a college library in Texas.

Suddenly, around two in the morning, the image materialized in my head. I made my way down the hall to my computer and typed in: “Waco, Texas. Lynching.”

Sure enough, there it was: the charred corpse of a young black man, tied to a blistered tree in the heart of the Texas Bible Belt. Next to the burned body, young white men can be seen smiling and grinning, seemingly jubilant at their front-row seats in a carnival of death. One of them sent a picture postcard home: “This is the barbeque we had last night. My picture is to the left with a cross over it. Your son, Joe.”

The victim’s name was Jesse Washington. The year was 1916. America would soon go to war in Europe “to make the world safe for democracy.” My father was twelve, my mother eight. I was born 18 years later, at a time, I would come to learn, when local white folks still talked about Washington’s execution as if it were only yesterday. This was not medieval Europe. Not the Inquisition. Not a heretic burned at the stake by some ecclesiastical authority in the Old World. This was Texas, and the white people in that photograph were farmers, laborers, shopkeepers, some of them respectable congregants from local churches in and around the growing town of Waco.

Here is the photograph. Take a good look at Jesse Washington’s stiffened body tied to the tree. He had been sentenced to death for the murder of a white woman. No witnesses saw the crime; he allegedly confessed but the truth of the allegations would never be tested. The grand jury took just four minutes to return a guilty verdict, but there was no appeal, no review, no prison time. Instead, a courtroom mob dragged him outside, pinned him to the ground, and cut off his testicles. A bonfire was quickly built and lit. For two hours, Jesse Washington — alive — was raised and lowered over the flames. Again and again and again. City officials and police stood by, approvingly. According to some estimates, the crowd grew to as many as 15,000. There were taunts, cheers and laughter. Reporters described hearing “shouts of delight.”

When the flames died away, Washington’s body was torn apart and the pieces were sold as souvenirs. The party was over.

Many years later, as a young man, I visited Waco’s Baylor University, often referred to as the Texas Baptist Vatican. I had been offered a teaching position there. I sat for a while in the school’s Armstrong Browning Library, one of the most beautiful in America, containing not only the works of Robert and Elizabeth Barrett Browning, the acclaimed Victorian poets, but also stained glass windows, marble columns, and elegant ceilings that bring to mind the gorgeous interior of Michelangelo’s Laurentian library in Florence.

Sitting there, I found it hard to reconcile the beauty and quiet of that sanctuary with the photograph that I had been shown earlier by a man named Harry Provence, publisher of the local newspaper. Seeing it, I realized that as young Jesse Washington was being tortured, students his own age, some of them studying for the ministry, were just finishing their spring semester. In 1905, when another black man had been lynched in Waco, Baylor’s president became a leader of the anti-lynching movement. But ugly memories still divided the town.

Jesse Washington was just one black man to die horribly at the hands of white death squads. Between 1882 and 1968 — 1968! — there were 4,743 recorded lynchings in the US. About a quarter of them were white people, many of whom had been killed for sympathizing with black folks. My father, who was born in 1904 near Paris, Texas, kept in a drawer that newspaper photograph from back when he was a boy of thousands of people gathered as if at a picnic to feast on the torture and hanging of a black man in the center of town. On a journey tracing our roots many years later, my father choked and grew silent as we stood near the spot where it had happened.

Yes, it was hard to get back to sleep the night we heard the news of the Jordanian pilot’s horrendous end. ISIS be damned! I thought. But with the next breath I could only think that our own barbarians did not have to wait at any gate. They were insiders. Home grown. Godly. Our neighbors, friends, and kin. People like us.