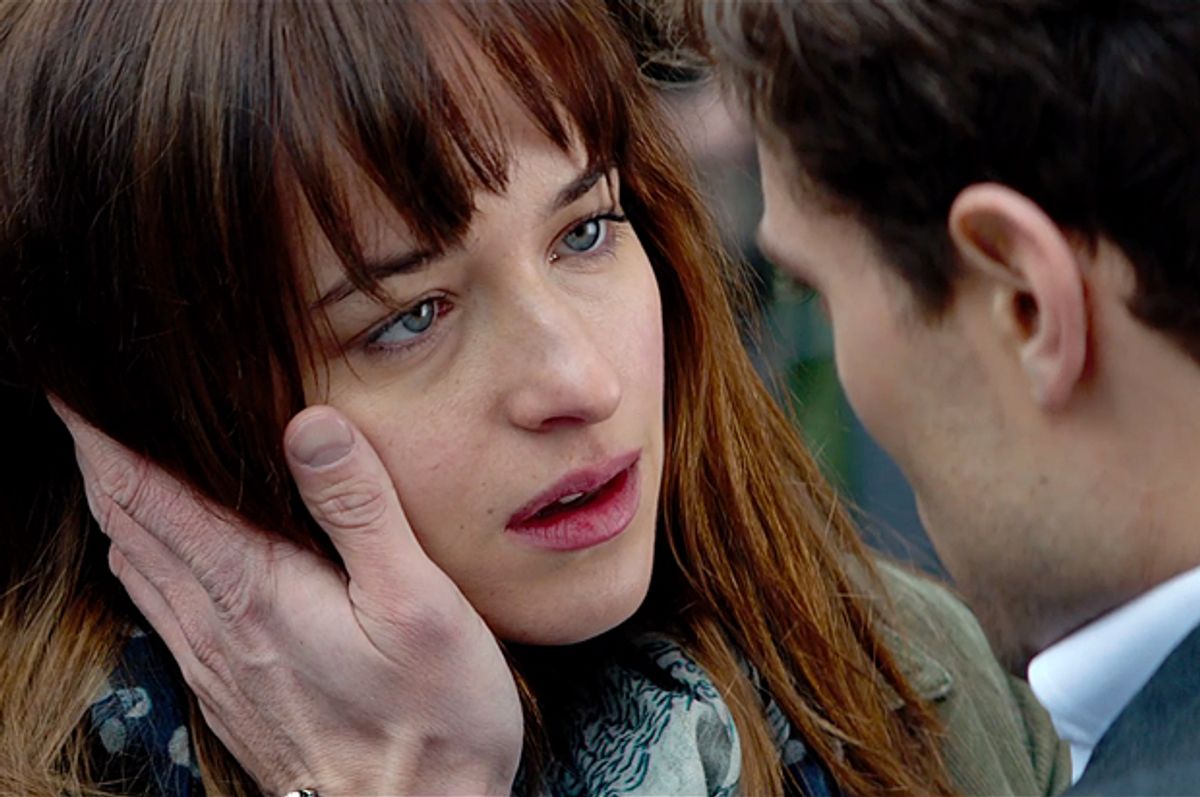 It seems there's more than one surprise to come in the film adaptation of "50 Shades of Grey," premiering this weekend: Not only is the film not that bad, it also features -- gasp! -- female pubic hair. And that's still not all! According to "50 Shades" director Sam Taylor-Johnson, Anastasia Steele's bold bush in the film is a conduit for the character's development; she, and her pubes, are promised to go on an exciting "journey" over the next several years.

In a recent interview with HuffPost Live, Taylor-Johnson explained that the decision to have actress Dakota Johnson don a merkin was very much a purposeful one:

It was a conscious choice. Dakota and I had a very funny discussion about the arc and journey of her pubic hair, that she should start one way, and she goes on this journey with it, and in line with how it’s written in the book is the journey of that. ... Look out for the journey of the pubic hair.

So...the merkin will gradually get shaved down, right?