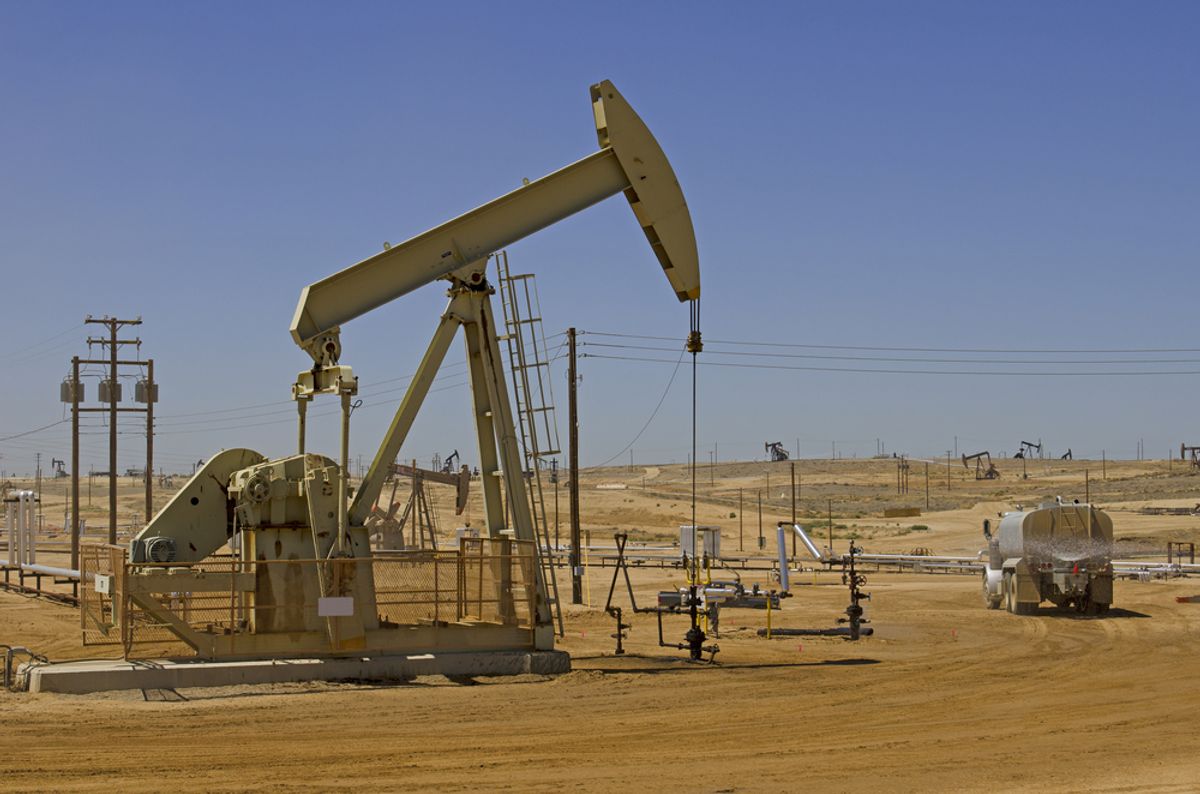 It turns out that oil companies in California didn't inject wastewater into of usable aquifers, with the state's permission, hundreds of times -- it was more like thousands.

That's the distressing takeaway from a plan to reform the widely criticized -- and, under federal law, illegal -- practice of using protected water sources as dumping sites for drilling waste. Monday, state officials announced their intention to close up to 140 oilfield wells, and, as part of an EPA-mandated review, revealed that state officials gave gas and oil companies more than 2,500 permits to inject waste into aquifers that were supposed to be preserved for drinking or use on crops.

Aside from being a clear violation of the Safe Drinking Water Act, which was established in 1974 to protect underground water sources from threats of this sort, the practice, which has been going on for decades, comes off as all the more indefensible thanks to California's current state of extreme, ongoing drought. Indeed, an investigation by the Associated Press found that hundreds of those illegal state permits have been granted since the drought began in 2011.

Further parsing through the state's data, the L.A. Times reports that fracking wastewater, which is among the waste being dumped into aquifers, was found to contain benzene -- a human carcinogen -- at levels sometimes thousands of times higher than what's considered safe.

California intends to shut down injections into the "most vital" aquifers by mid-October, although they could act sooner if specific wells prove to be a threat to nearby water wells. Environmental groups are pushing them to act as quickly and aggressively as possible.

“The oil industry is contaminating California’s water supplies and violating federal law on a massive scale,” Kassie Siegel, of the Center for Biological Diversity’s Climate Law Institute, said in a statement. “Gov. Brown has a moral and legal duty to immediately shut down every single illegal production and wastewater disposal well. The size of this problem shows how big a threat the oil industry’s toxic waste is to California’s precious water supplies.”

The EPA, which called the state's actions "shocking," is giving California officials until Friday to provide details on its plan of action.