And she jokingly brings up a past appearance on "Letterman" 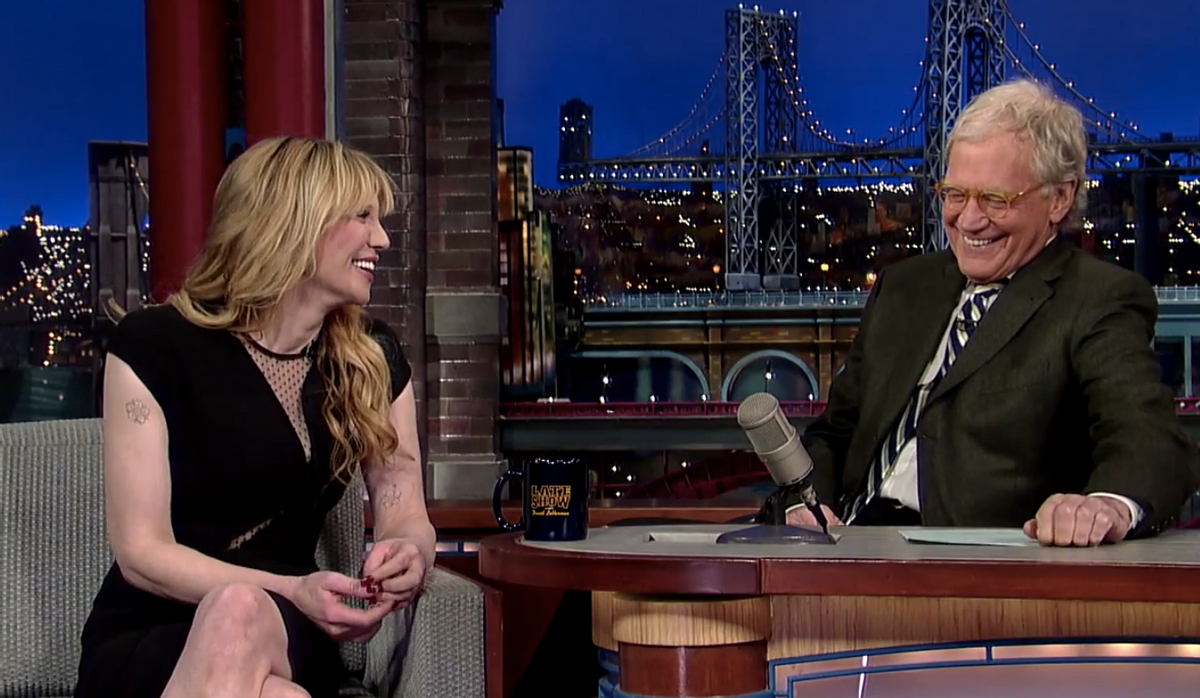 Courtney Love appeared on the "Late Show with David Letterman" on Tuesday night to chat about her role on the show "Empire," which airs tonight on Fox.

The two also discuss Love's past drug use, Buddhism, the end of her feud with Dave Grohl and her band Hole -- which Letterman can't say without a smile. Love also briefly jokes about a previous -- infamous -- "Letterman" appearance. The whole thing is surprisingly lovely. Watch the three part interview below:

And hear her sing Al Green's "Take Me to the River" from her first appearance on "Empire":