"We might reasonably get a leg up... if only because we're right down the hall" 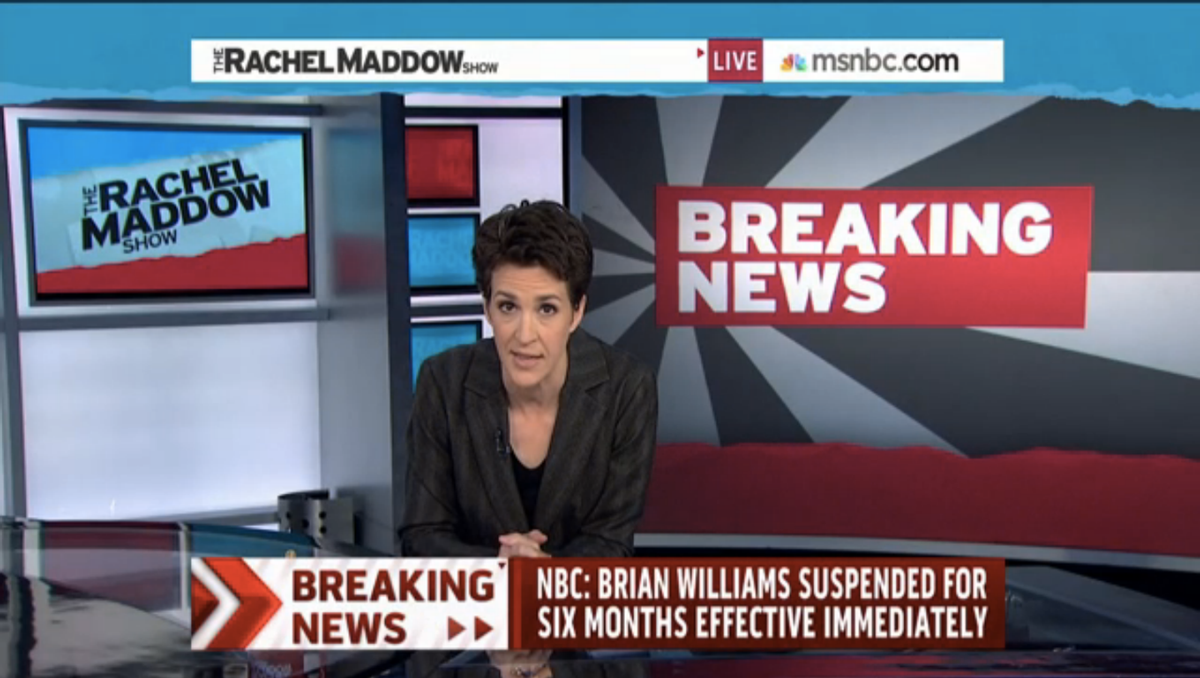 NBC Nightly News anchor Brian Williams has been suspended for six months without pay for lying about being on a helicopter that sustained enemy fire during the Iraq war. As of yet, nobody from NBC has been willing to publicly talk about the affair -- except for Rachel Maddow, who led off her show with the story, calling it "awkward."

"Tonight, even as we are reporting on this breaking news about the news division of which we are a part, no, NBC News will not make anyone available to discuss this story with us on the air," she said. "Now, that may change in days ahead. You'd think that if they're going to talk to anybody about this, we might reasonably get a leg up on getting interviews with any NBC News executives to explain this decision, if only because we're right down the hall. But so far, no one."