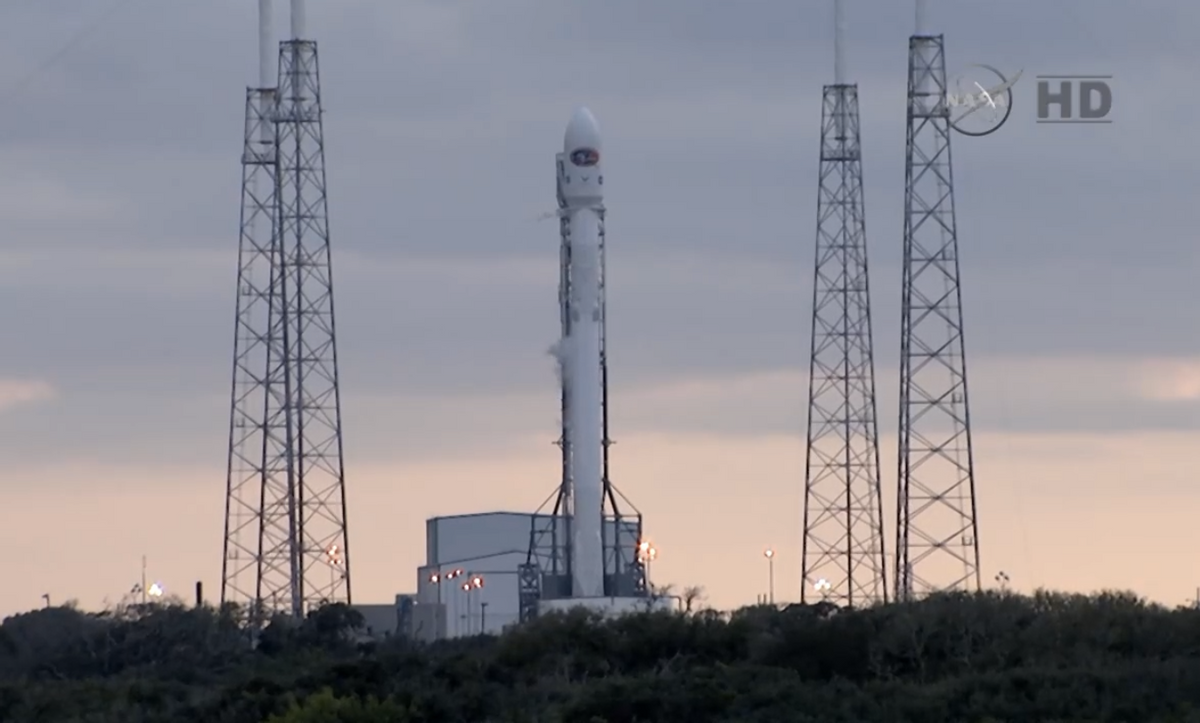 Update: SpaceX caught a break and Falcon 9 had a successful launch!

SpaceX cannot catch a break. The Elon Musk helmed spaceflight company will attempt to launch its Falcon 9 spacecraft today at 6:03 PM ET. The launch has been scrapped several times prior to today's attempt. (Yesterday's planned 6:05 PM ET launch was canceled due to wind.) And the window for launch times is narrowing due to a "moon blackout." NASA explains:

"Today’s launch opportunity is the final one before a 'Moon Blackout' that begins Thursday and ends on Feb. 19. Because DSCOVR is traveling to deep space, the moon’s location on Feb. 12 through 19 would be close enough to DSCOVR to affect the spacecraft’s trajectory. This would require performing mid-course correction burns that would use more fuel than what is planned for the mission. After today, the next launch opportunity would be on Friday, Feb. 20, at 5:43:44 p.m. EST."

The launch itself -- SpaceX's first mission to deep space -- is almost less exciting that what was planned for the rocket's landing. The original plan was to try and land the rocket booster on a barge off the coast of Florida. If SpaceX successfully landed the rocket booster, the company would have achieved its hope for a "reusable" booster, which would significantly reduce the cost of space flight.

Unfortunately, rough seas paired with the fact that only three of four engines on the barge are operational makes landing on the floating barge far too dangerous. "The drone ship was designed to operate in all but the most extreme weather," SpaceX explained in a report. "We are experiencing just such weather in the Atlantic with waves reaching up to three stories in height crashing over the decks."

DSCOVR will monitor solar winds, and is a partnership between NASA, NOAA and the U.S. Air Force. From the Verge:

"After the Falcon 9 makes it into space, it will release the Deep Space Climate Observatory (DSCOVR) satellite and return to Earth to land on a 300-by-100-foot barge off the coast of Florida. DSCOVR, meanwhile, will head for what's known as "Lagrange point 1," or "L1." L1 is a stable point between the gravities of Earth and the Sun about a million miles away, or four times further than the Moon. It will observe the Earth from that distance for 110 days and pay close attention to solar winds, which are capable of disrupting power grids, aviation, and GPS."

The launch has been delayed three times before, and if it is delayed again, Falcon 9 won't be able to launch until February 20. Watch live via NASA UStream below:

And if you missed the live launch watch video of the launch below: