Where in the world is Craig Kilborn?

The former "Daily Show" host has all but disappeared from showbiz 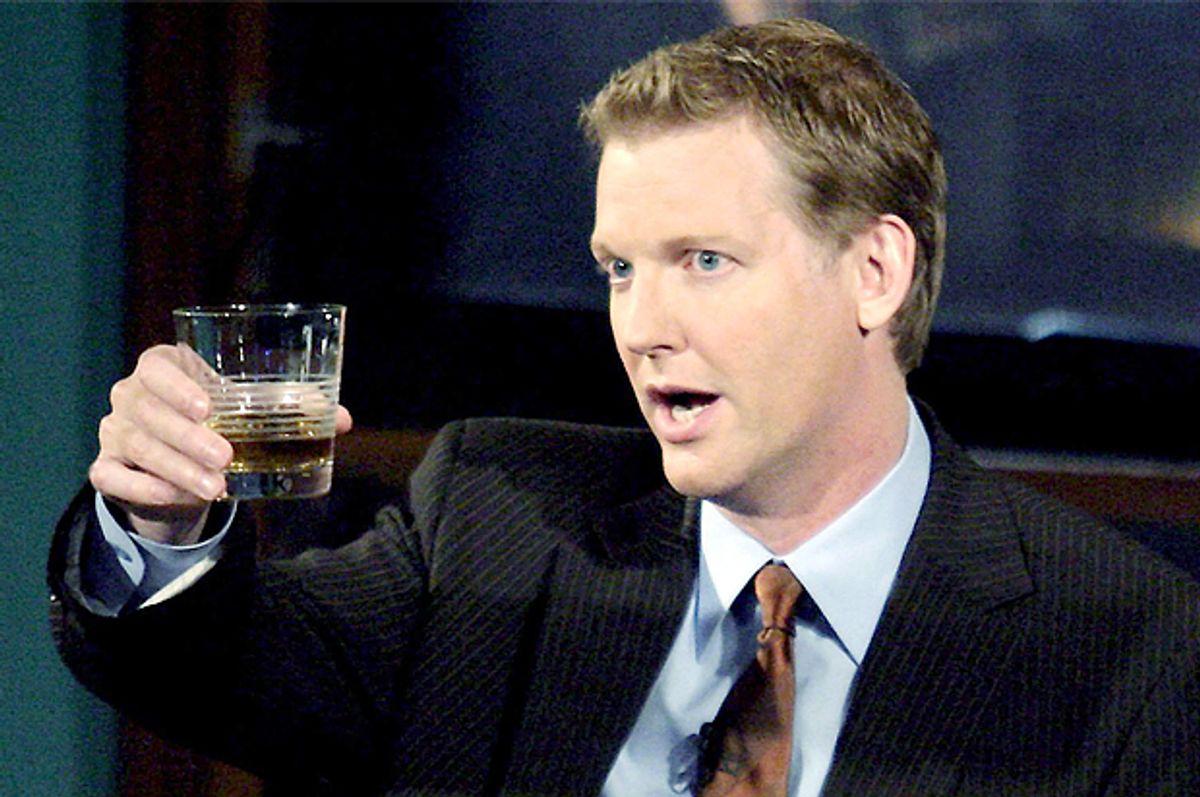 When Jon Stewart took over "The Daily Show" back in 1999, he was a little-known MTV star taking over for a much more established entity: Craig Kilborn, the towering former college basketball player who had served as anchor for ESPN Sports Center before acting as the first host of Comedy Central's fledgling Fake News entity. Kilborn went on to host "The Late Late Show" until 2005, but since then there has been nary a peep out of the once ubiquitous star. With the announcement of Jon Stewart's retirement, a number of people took to Twitter to reflect on the mysterious fate of his predecessor, to crack wise, or to reflect on the halcyon days of a bygone era.

And so now we ask a question that many have floated over the years: what the hell happened to Craig Kilborn?

2006- After the late late show, Kilborn mostly laid low aside from a few supporting roles in random acting projects, including "The Benchwarmers” with Rob Schneider and David Spade, and something called “The Shaggy Dog” starring Tim Allen. According to a later interview, he’ll describe his downtime during retirement as such: "Read the papers online. Listen to the local jazz station. Turner Classic Movies — I’m obsessed with Hitchcock. I like to make pulled pork, but it’s not healthy, so I make fish stew. And I drink moderately priced red wine. Is $70 a bottle moderately priced? I’ve lost touch.”

And: "I enjoyed retirement the right way — linguine con vongole, red wine and plenty of truffle cheese. It was my Orson Welles stage,”

2010 - Kilborn launches a brief comeback with a new Fox syndicated show, “The Kilborn file,” on which he is a producer. It runs for only six weeks before getting the axe.

2011 - There are rumors of Kilborn doing a primetime sitcom for ABC after he signs a development deal with the network. It never happens. This year, he also guest stars as the villian on an episode of "Chuck."

2012 - According to Variety, Kilborn unloads his LA mansion — which he acquired during his Late Show tenure -- for just under 3 million.

2013 - Multiple outlets report that Kilborn has shot a pilot for CNN, amidst the programming push that saw the creation of Anthony Bourdain’s “Parts Unknown.” The show never goes to air. This same year, Kilborn guest hosts three episodes of Artie Lange’s radio show. He also appears on “Celebrity Ghost Stories."

2014 - According to IMDB, Kilborn is billed as "Kilborn" in "The Extendables,” a satire film by Brian Thompson about a disgraced hollywood icon who is hired to do an action movie in Uzbekistan. The film has a 2014 release date.