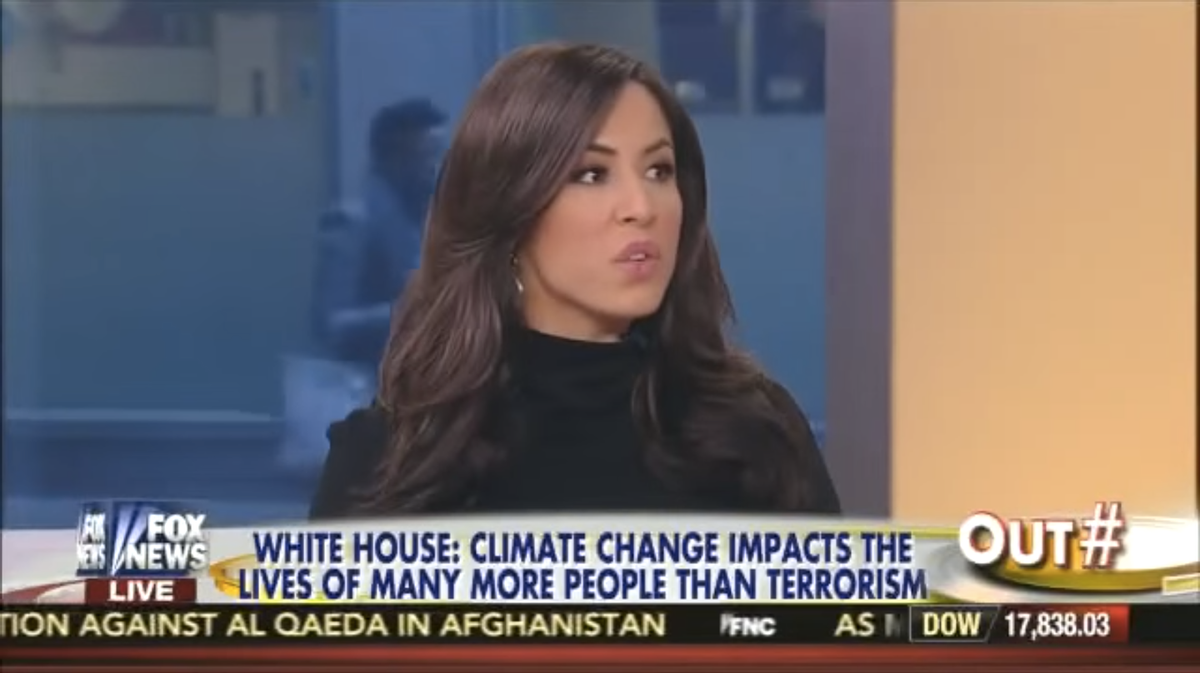 On Wednesday, the hosts of Fox News' "Outnumbered" turned their attention to President Barack Obama's recent comment that the media overstates the threat of terrorism and downplays the threat of climate change and disease because "that's what folks watch, and it's all about the ratings."

White House Press Secretary Josh Earnest later clarified: "...The point that the president is making is that there are many more people on an annual basis who have to confront the impact, the direct impact on their lives of climate change or on the spread of a disease than on terrorism."

"How many Americans have died from climate change?" asked co-host Andrea Tantaros on yesterday's show.

"The science is off," she said. "And let me point to a very recent example. That's the most important thing, the science is off. We just had a snow storm two weeks ago in New York. They told us New York City was going to get blown out. We had to give up our freedom and sit in our house, no cars on the road. Guess what? The models were wrong."