Everything we know about the Big Bang could be wrong 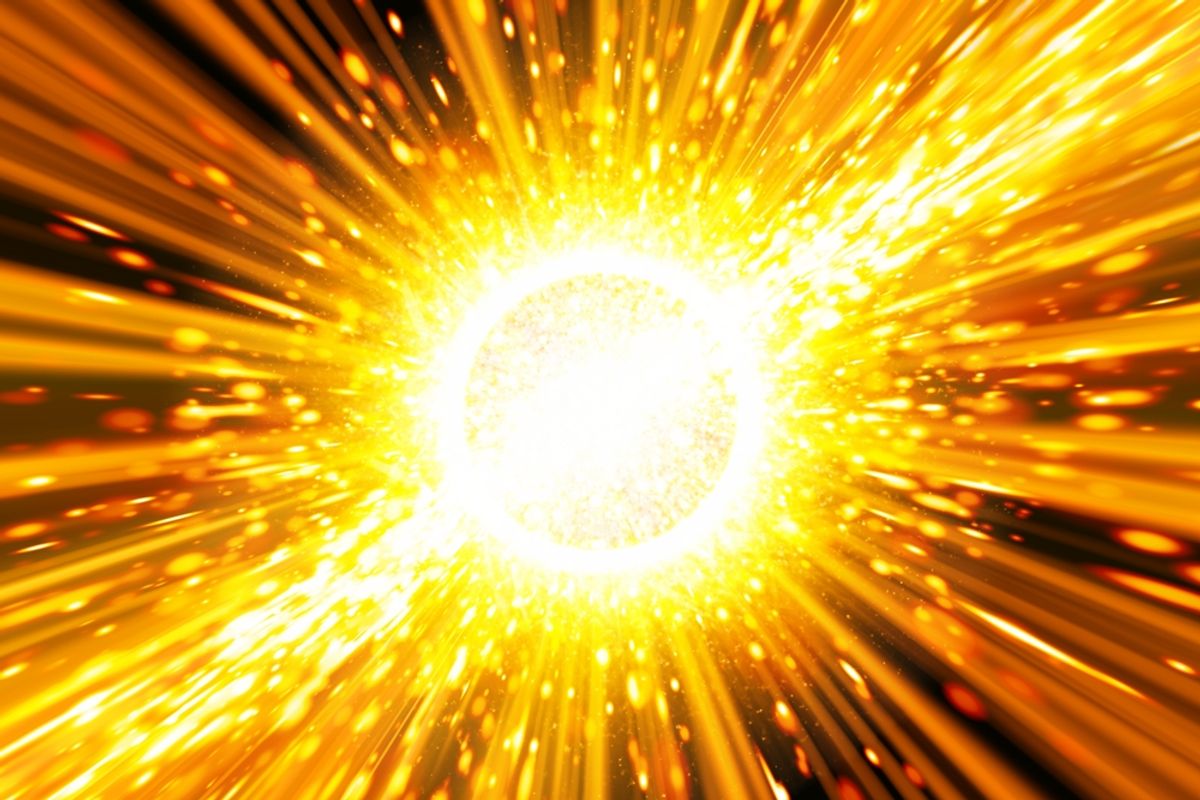 Could the Big Bang theory be wrong? A proposed new model of the universe argues yes—the universe has no origin point at all.

In science, the theories with the most staying power are the ones that explain what we don't know with the most simplicity and elegance. And surprisingly enough, the simplest new theory in quantum physics may be the one that's most difficult for us to wrap our heads around: The universe has been around since, well, forever.

More from The Daily Dot: "You probably don't have as much swag as these dancing owls"

Up until now, the theory that's made the most logical sense to explain how the universe began is the Big Bang, which holds that the universe came into being about 13.8 billion years ago as a result of a single event that launched the universe into a continuous state of expansion. Although this theory has long held its own as a way of understanding Einstein's theory of general relativity, as scientists have delved deeper into the fascinating world of quantum physics, the Big Bang model has been a bit shakier.

Now researchers working in Egypt and Canada have proposed a new model with a much simpler idea of the beginning of the universe: There wasn't one. Ahmed Farag Ali of Benha University and the Zewail City of Science and Technology in Egypt, together with Saurya Das at the University of Lethbridge in Alberta, Canada, have presented their research in a paper called "Cosmology from quantum potential" published in Physics Letters B. The new model makes quantum corrections to a previously known equation that used a theory of quantum trajectory originally proposed by the legendary physicist David Bohm. Using the corrected equation to fit Einstein's theory of general relativity, the researchers came up with a model that implies that the Big Bang singularity never happened.

The biggest problem with the Big Bang theory is that none of the equations that explain what happened in the singularity can take us all the way back to the moment the singularity actually happened. Instead, the laws of physics can only explain what occurred from the moment the universe achieved what's known as the Planck Temperature, which happened after the theoretical singularity. Another basic problem is that if the universe is expanding, it must have been expanding from an area that was, at one point, incredibly small and dense—perhaps even infinitely small and dense.

The new model moves away from the "expanding universe" theory. It also sidesteps the matter of the universe's previous infinite size and density, which the paper calls the "smallness problem," by relying on a "cosmological constant" term that puts the universe at a finite size. In other words, instead of originating from a single point in a singularity, the universe has simply always been around. Speaking to Nature Middle East last month, Ali said the theory helped unify quantum mechanics and general relativity:

“Our theory serves to complement Einstein’s general relativity, which is very successful at describing physics over large distances...But physicists know that to describe short distances, quantum mechanics must be accommodated."

Scientists have long appreciated that a more accurate model of the universe might leave out the Big Bang entirely. But the implications of this new model are quite radical in that not only does it sidestep the Big Bang but it also sidesteps numerous other theories that scientists have been working with for decades to explain parts of quantum theory that don't fit into the Big Bang model—like the theory of cosmic inflation to explain the universe's rapid exponential growth from its previous small point.

The model also avoids utilizing the theoretical existence of dark energy to explain why the universe began to quickly accelerate about 7 billion years into its existence. The Ali–Das model proposes that the universe is filled with quantum fluid, perhaps made up of theoretical massless particles called gravitons, which are thought to help mediate the effects of gravity. Instead of dark energy causing objects to accelerate and expand, the theory argues that instead, the quantum fluid exerts a slight but constant force on objects to cause the expansion of space.

Finally, the model also potentially explains a phenomenon called Hubble's Law, which has long been seen as proof of the expansion of the universe, in terms that don't actually rely on space-time.

More from The Daily Dot: "Does Anonymous have too much power?"

The researchers told Phys.org that they were motivated to explore the theory after realizing what the implications were for problems related to the Big Bang. "It is satisfying to note that such straightforward corrections can potentially resolve so many issues at once," Das noted.

Doubtless this theory, like all good theories, provides more questions than answers. It's not quite a complete theory of quantum gravity, though it may hold up under future theories. It also, sadly, puts paid to the idea that the universe came from a giant black hole.

Still, in a science where the current standard visions of the universe involve concepts like anti-matter, superstrings, 10 dimensions (or more), membrane universes, and multiverses, a theory like this one seems refreshingly like a return to the basics.