He also slams Alabama for bigoted response to same-sex marriage 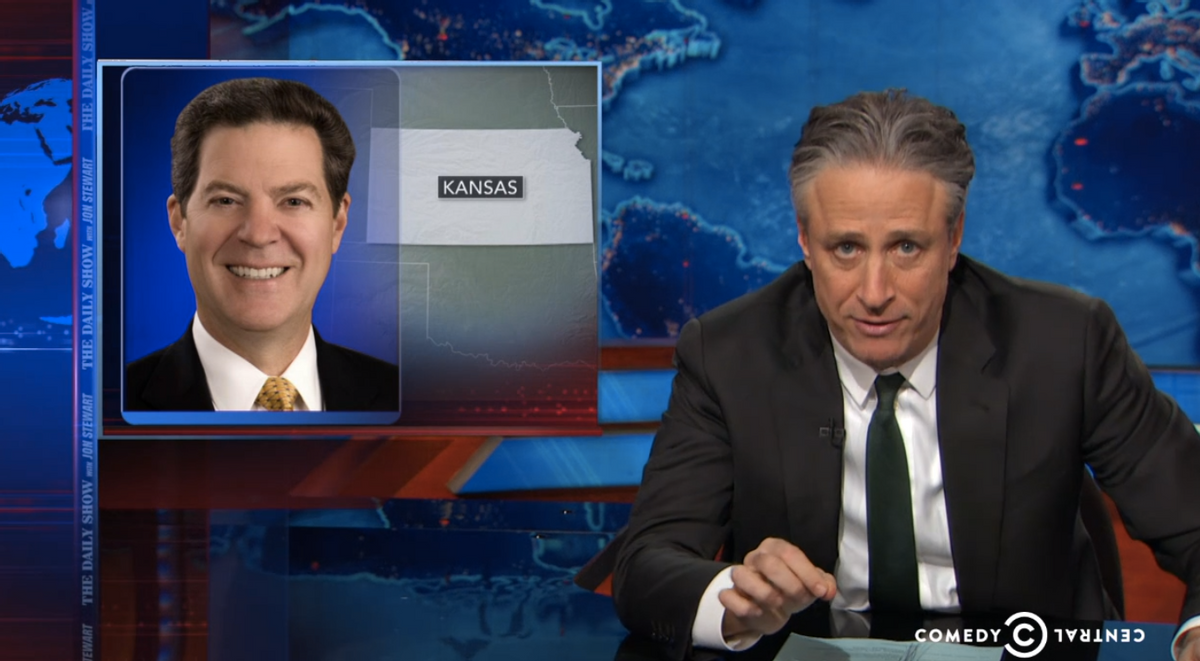 On Tuesday night, Jon Stewart announced that sometime in the future he would be leaving "The Daily Show." Naturally, the Internet responded en masse -- some had a lot of feelings, others picked Stewart's replacement, some waxed nostalgic about how much they'd miss him. By Wednesday night's show the response had Stewart wondering "did I die?"

There was of course a show last night, despite Stewart's news and the hectic atmosphere. And the show ripped into two states whose politicians/judges are rolling back progress made with LGBTQ rights: Kansas and Alabama. Watch below:

(And I apologize for the advertisements, currently "The Daily Show's" videos are not working.)